I am recently retired, and now that it’s a seller’s market, it seems like the perfect time to sell my home and move to a (senior) tax-friendly place.

I currently live in Ohio. I’ve done a lot of research, online and in-person visits to places like Lititz, Pa.; Wellsboro, Pa.; and Portsmouth, N.H., but it’s very difficult to narrow down. Some parameters:

Thank you for your help.

It can be hard to settle on a new place to live. I’m glad you’ve done some in-person visits. Consider spending even more time in those that make your short list, getting a short-term rental and pretending this is your new home. What does your day-to-day life look like? How will you make new friends? What’s the rental market like?

Sometimes you know if a neighborhood or town immediately speaks to you — or if it doesn’t. Other times it’s a little harder.

Read: Before you move to a new town in retirement, check the local Walmart – and 5 other hard-learned lessons

Yes, it’s a seller’s market right now and it’s tempting to take advantage of it — but you still need to move somewhere in what’s a crazy housing market in so many parts of the country. Lake and beach towns are especially hot. Given your budget, you may be staying in the Midwest, most likely in a county seat. I cast my net more widely but in keeping with your preferences focused on smaller towns.

To be honest, I fear some of the places you’ve mentioned are above your price range or are so small that there’s not much in the way of rentals, especially affordable rentals. That’s not to say you shouldn’t try; just be prepared to look hard or to compromise.

I hear you about the desire for a walkable community. Here, the neighborhood matters more than the city or its size. Consider looking near downtowns of towns that have since sprawled, not just in small towns. Bonus points if you can find a full supermarket within a 20-minute walk that doesn’t involve walking somewhere without a sidewalk.

One way to gauge an area’s walkability is to look it up on WalkScore, owned by Redfin. Then walk around virtually using the satellite view on Google Maps.

Read: No license, no problem — check out these options for seniors who no longer drive

You’re not alone in looking for a tax-friendly place. Here’s some good news: Most states don’t tax Social Security income. Combined with other tax breaks, you may be surprised at how little you’ll pay compared to when you were working. (Of course you’ll still pay federal income taxes, but that could be minimal or even nothing at all.)

Use this retirement tax calculator from SmartAsset to get a feel for your situation. I tested it by splitting your income between Social Security and retirement accounts, and you would pay no state taxes in Ohio as well as in Kentucky, Illinois, Pennsylvania and Virginia, among others. I even got zeros for pricey New Jersey, New York and Connecticut. In other places it might be a few hundred dollars. That’s equal to perhaps another $ 20 or $ 30 a month in rent.

Of course, you still may want to verify your findings with a tax professional. Tax laws do change, and some local governments impose their own income taxes.

Read: Here’s how you can save money on capital-gains taxes when you sell your home

But let’s start the search. Here are three suggestions to get you started: 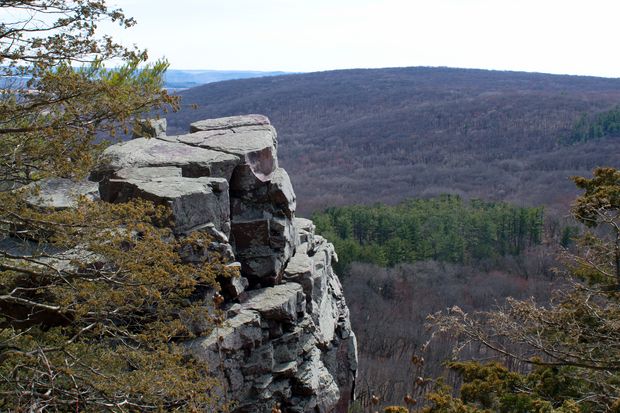 This suggestion comes courtesy of the MarketWatch “Where Should I Retire” tool (you may get different suggestions, depending on the criteria you select).

It’s home to 12,000 people — and the circus (Ringling Brothers Circus started here; now there’s the Circus World attraction and more). I’m thinking it has the historical buildings and walkability that would appeal to you — Baraboo has a WalkScore of 83 — and the nearly three-mile Baraboo RiverWalk gives you access to the river that runs through town.

You also might want to check out the community programs at the University of Wisconsin-Platteville’s Baraboo campus. And don’t forget the 9,000-acre Devil’s Lake State Park at the southern edge of town — it’s Wisconsin’s most popular state park.

Baraboo is certainly a four-season place — winter for four solid months with about 44 inches of snow, and you still could have a bit of snow in April or November too. Still, it’s less than what you’d be looking at in Wellsboro or Portsmouth.

Summer highs average 83 in July, and humidity is moderate.

Dane County Regional Airport, 45 minutes away in Madison, would be your nearest airport.

I know you’re looking to rent, but just for reference, here’s what’s for sale in Baraboo, using listings on Realtor.com, which like MarketWatch is owned by News Corp. 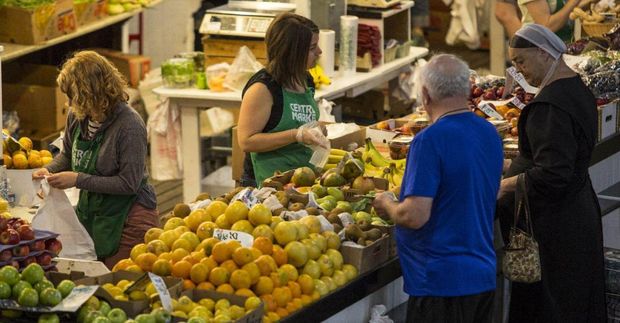 I understand the appeal of historic Lititz, with fewer than 10,000 people, but I’m worried about finding a place to rent. So why not also consider eminently walkable Lancaster, 10 miles to the south?

True, affordability is an issue across Lancaster County, but you’ll have more choice in a city of 59,000 with a WalkScore of 81.

Within the walkable downtown you’ll find live productions at the Fulton Theatre, which dates back to the 1850s, and Ware Center, Millersville University’s performing-arts center, within a block of each other. Almost around the corner, a beaux-arts bank building has been converted into the Trust Performing Arts Center. Franklin & Marshall, a private liberal-arts college with yet more cultural events, is about a mile away. Among the area’s historical sites is Wheatland, President James Buchanan’s home, about two miles west of downtown.

If you’re a baseball fan, the Lancaster Barnstormers play about a mile north of downtown.

Your water options center on the Conestoga River, which runs east and south of Lancaster, and the Susquehanna River about a dozen miles to the west.

When you want to get to the big city, the Amtrak station with service to Philadelphia is about a mile from the historic downtown core.

While the train ride to Philadelphia is just 70 minutes, Lancaster County is predominantly rural and best known for the 40,000-strong Amish community.

Winters here will be milder than in Baraboo, with less than two feet of snow on average. Summer highs average in the mid-80s.

For reference, this is what’s for sale right now. 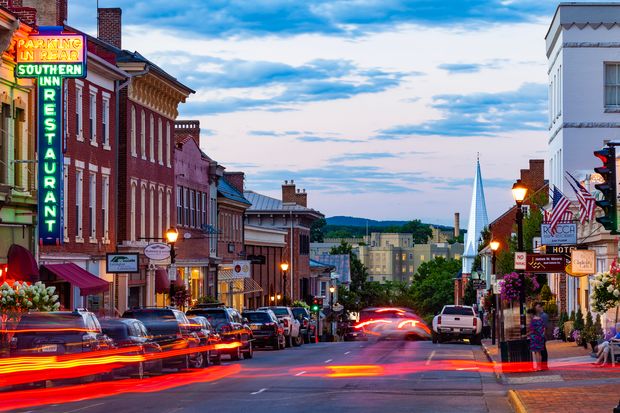 This is the smallest of my three suggestions, with 7,500 residents (Rockbridge County has fewer than 23,000). It’s also a small college-town option, given that it’s home to both Washington and Lee University and Virginia Military Institute. As a result, you may find more rentals but also a market in sync with the academic calendar.

Lexington makes a lot of charming town lists. You’ll find your walkable historic downtown here — Lexington’s WalkScore is 81 — as well as the beauty of the Shenandoah Valley. The Maury River runs along the northern end of town, and the seven-mile dirt and gravel Chessie Trail generally follows its path. Be sure to visit Natural Bridge State Park and its seven miles of hiking trails 20 minutes south of town.

In terms of history, Lexington is heavy on Robert E. Lee and Stonewall Jackson, though George Washington and George C. Marshall (of the postwar Marshall Plan) also get nods.

Among the three suggestions, winters will be mildest here, with highs averaging in the upper 40s and with about 15 inches of snow. Summer highs average in the mid-80s.

Again for reference, here’s what the housing market looks like now.

Readers, where should Michele retire? Leave your suggestions in the comments section so she can see them.

More from MarketWatch’s “Where Should I Retire” column

We want to retire in ‘an area like the Berkshires, but warmer’ — where should we go?

We want to leave cold Midwest states for ‘warmer and drier climes’ and affordable healthcare on $ 44,000 a year — so where should we retire?

: What will you do with your enhanced Child Tax Credit? Invest in your child’s future with these savvy options

Market Extra: Stock-market investors are laughing off a yield curve inversion — for now. Here’s why