Nifty started the June F&O series on a strong note hitting fresh record high, while Sensex hit a fresh record closing high on the back of positive cues. The Sensex added 307.66 points or 0.60% to close at 51,422.88, while Nifty rose 97.80 points or 0.64% to ends at 15,435.70. For the week, Sensex and Nifty gained 1.7 percent each. “The expected levels of the market are likely to be in the range of 15250 and 15600, and it’s going to crucial for the short-term market scenario to sustain above the 15250. The momentum indicators like RSI and MACD supporting today’s momentum and indicate potential upside from the current market level,” said Ashis Biswas, Head of Technical Research at CapitalVia Global Research. Except for pharma and IT, all other sectoral indices ended in the green. BSE Midcap and Smallcap indices ended marginally lower. Reliance Industries, Grasim Industries, Adani Ports, M&M and Coal India were among the top gainers on the Nifty, while losers included Sun Pharma, Shree Cements, Bajaj Finserv, Dr Reddy’s Labs and ICICI Bank. Stocks & sectors On the BSE, power, healthcare and capital goods indices shed 0.5-1 percent, while the oil and gas index added 1 percent. Among individual stocks, a volume spike of more than 100 percent was seen in Canara Bank, M&M and United Breweries. Long buildup was seen in Canara Bank, Shriram Transport Finance Corporation and M&M, while short buildup was seen in TVS Motor, Sun Pharma and United Breweries. More than 300 stocks, 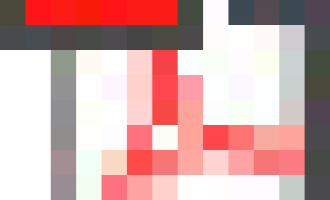 No posts were found

Daily Voice | Two underperforming sectors can turn out to be dark horses in 2022, says Siddhartha Khemka of Motilal Oswal

Edelweiss Financial Services#39; board approves fundraising up to Rs 1,000 crore via NCDs

Bharat Biotech studying if Covaxin shot will work on Omicron