When Congress ordered the Department of Education to stop garnishing the wages of borrowers who defaulted on their student loans as part of the CARES Act, the coronavirus relief bill passed in March, it took months for thousands to feel the impact in their paychecks.

Though the Department has refunded more than $ 186 million in wages seized during the pause period, it’s likely that even today some borrowers are losing out on funds they’re entitled to. As of mid-October, 509 employers were still sending the agency wages they’d garnished from borrowers over defaulted loans, according to court documents.

These firms may still be sending money seized from employees’ paychecks to the government, but we don’t know. On Oct. 30, the Department shut down the post office box where employers were sending those funds.

“The Department does not receive the payments or any information about the number or identity of the borrowers whose wages were garnished or of the employers still garnishing,” according to a status report filed by the Department in late January as part of a lawsuit over implementation of the CARES Act.

The wage-garnishment episode is a prominent example of the type of task the Department’s Office of Federal Student Aid is challenged with on a daily basis: operationally complex — turning the wage-garnishment system off and on requires coordination between a government contractor, employers and FSA itself — and high stakes for borrowers.

The office oversees the government’s roughly $ 1.5-trillion federal student-loan portfolio and is responsible for disbursing the loans and grants that go out to schools on behalf of students, monitoring the companies collecting borrowers’ student loan payments, implementing relief and repayment programs, and more. 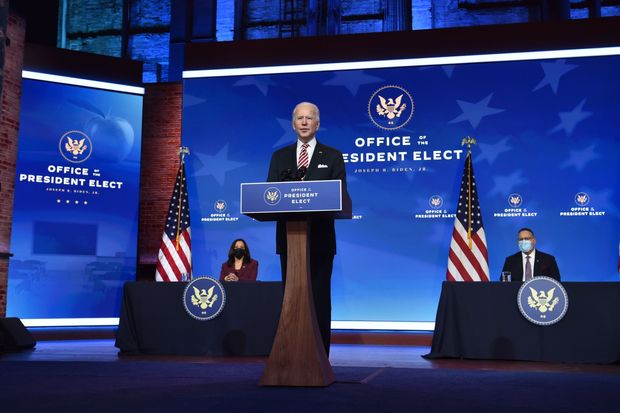 “The CARES Act stopped wage garnishment. For that to have actually been effective, FSA needed to make it happen immediately,” said Daniel Zibel, chief counsel and vice president at National Student Legal Defense Network, one of the organizations representing borrowers in the wage garnishment case. “That clearly did not happen.”

Right now FSA is helmed by Mark Brown, a retired major air force general appointed by former Secretary of Education Betsy DeVos to the position of chief operating officer in 2019. But the challenges the office has faced under Brown’s tenure beg the question of whether President Joe Biden will leave him in charge, particularly given the administration’s interest in revamping some of the programs under FSA’s purview.

“Whether it was incompetence, malice, or a mix of both, the Department of Education’s student loan bank under Betsy DeVos was a disaster and oversaw the illegal garnishment of the wages of thousands of struggling borrowers during the pandemic,” Democratic Senator Elizabeth Warren said in a statement to MarketWatch. “Students deserve leadership at this office who will follow the law and make this program work for students.”

The Department and FSA didn’t respond to a request for comment. Over the summer, when roughly 2,800 borrowers were having their wages seized, despite the pause, a spokeswoman for the Department under the Trump administration said the agency was regularly reaching out to employers via mail and by phone to get them to stop garnishing wages.

Though the pandemic and the economic relief measures necessary to stop it were a surprise, FSA officials knew several months before COVID-19 became a national emergency that they were struggling to control the unwieldy student-loan system.

In October 2019, A federal judge held DeVos in contempt of court after student-loan servicers hired by the Department continued to bill and seize wages and tax refunds from borrowers who were victims of fraud, despite a court order to stop. In a video statement released the day of the ruling Brown said the agency took “full responsibility” for the issue.

“One of the things Education Secretary Betsy DeVos has charged me with is delivering exceptional customer service to our more than 42 million federal student-loan borrowers,” Brown said in the video. “I’m here today to discuss an instance in which we did not meet our own standards.”

Leadership, goals and standards at FSA are evaluated differently than in most other areas of government. FSA is what’s known as a performance-based organization, a structure created in the 1990s as part of then-Vice President Al Gore’s reinventing government initiative.

The design was inspired by a similar idea in Margaret Thatcher’s England, which allowed some government agency heads to behave more like private sector CEOs and their organizations like private enterprises.

At FSA, officials have more flexibility in hiring and compensation including the authority to pay bonuses to some senior leadership. In addition, they’re charged with focusing on a set of strategic goals and outcomes as part of a five-year performance plan required by Congress and set by the Secretary of Education and FSA COO.

The concept behind FSA’s special structure is to give its leaders “the latitude they need to do good work,” said Clare McCann, deputy director for federal higher education policy at New America, a think tank. That latitude also means that the COO is somewhat shielded from political whims.

Their term is five years and the Secretary of Education can only dismiss him for cause, which is why the head of FSA typically doesn’t change with administration. But the President can still remove the COO at his discretion.

Randi Weingarten, the president of the American Federation of Teachers, said that it’s time for a “reset in how the Education Department deals with student loans.” Weingarten’s organization has been active in helping its members secure access to promised student loan relief, including the Public Service Loan Forgiveness program that has been plagued with challenges.

‘The pandemic only made the pain worse’

“The student-loan bank under DeVos seemed intent on hurting, rather than helping, borrowers—and the pandemic only made the pain worse,” she said. “Now is the chance for a fresh start, and new leadership at FSA can make that happen.”

Going forward, if the Biden administration is hoping to follow through with many of its campaign promises to tweak the student-loan system, it will need the cooperation of FSA and its leadership to implement them successfully.

For example, administration officials have said they’d like to reform PSLF and expand income-driven repayment, which allows borrowers to pay back their debt as a percentage of their income.

Advocates, including organizations like NSLDN, have also called on the new administration to take other steps that could be stalled or blocked by an FSA COO uninterested in them. Those proposals include widening the window of eligibility for debt cancellation for borrowers who attended schools that ultimately collapsed and more aggressively monitoring for-profit colleges.

These requests come at a time when “broadly there’s a management challenge at FSA,” McCann said.

Brown is the third person since 2017 to run the office. In May of that year, James Runcie, who was appointed to the position during the Obama administration, resigned three years early, writing in a letter to staff at the time obtained by The Washington Post that he was “incredibly concerned about significant constraints being placed on our ability to allocate and prioritize resources, make decisions and deliver on the organization’s mission.”

DeVos replaced Runcie with A. Wayne Johnson, a former private student loan and credit-card executive, who was replaced by Brown in March 2019 and ultimately left the agency in October of that year, calling for student loan cancellation on his way out.

“It’s a little bit of a unicorn — what’s really needed at FSA,” McCann said. “It’s going to be very important to make sure this person is able to be strong on the management side.”

Often, officials pull the head of FSA from the private sector, but McCann said the COO needs a mix of skills that may not be found at a bank, including political savvy and experience with government procurement.

“If I were to just pick where I thought this person probably would be, I would guess that they worked at IRS at some point,” she said. “Those systems are similarly old and complicated.”