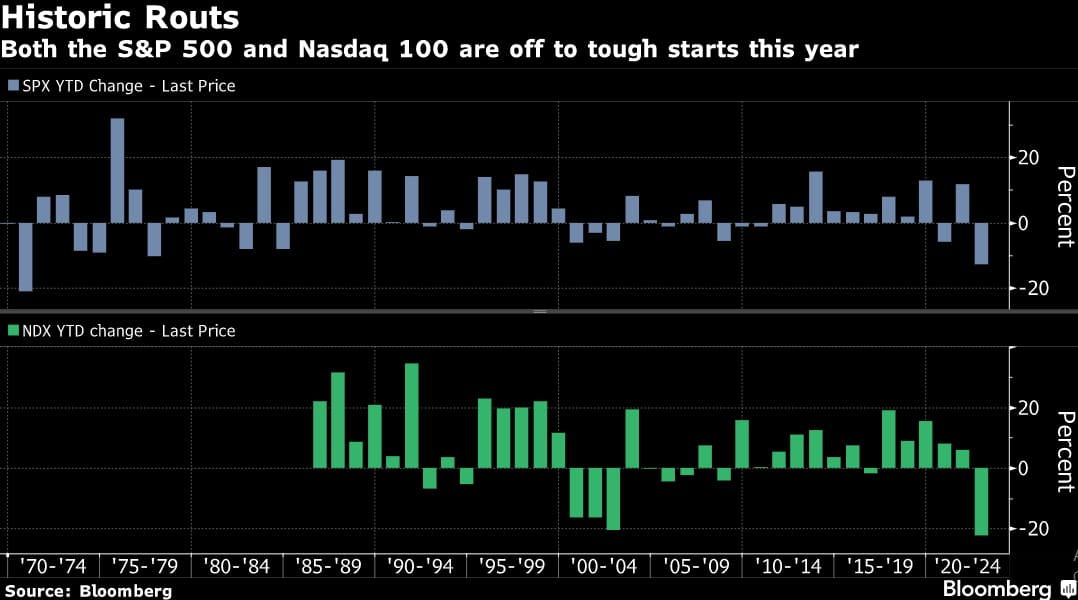 The selloff interrupted a two-year bull run in stocks that began in the depths of the Covid-19 pandemic.

With stocks rallying as May draws to a close, investors are wondering if the worst of this year’s collapse is over.

No doubt, it’s been awful start to 2022 by almost any measure. The S&P 500’s 13% drop so far this year is its biggest since 1970, fueled by recession fears as the Federal Reserve embarks on its most aggressive tightening of monetary policy since 2000 to fight inflation. Rising interest rates dented the allure of technology and growth shares, with the Nasdaq 100’s 22% plunge ranking as its largest ever.

The selloff interrupted a two-year bull run in stocks that began in the depths of the Covid-19 pandemic. But less-hawkish remarks from Fed officials, a resilient American consumer and upbeat corporate earnings have offered investors a ray of hope. That sent the S&P 500 climbing 2.5%, snapping its longest weekly losing streak since 2001.

While the historic rout in tech shares is easing somewhat, the Nasdaq 100’s dive from its November peak briefly eclipsed its pandemic selloff in March 2020. Its nearly 30% drop was its worst since the gauge tumbled more than 50% at the height of the global financial crisis. After Friday’s rally, the index is 23% below its Nov. 19 closing record. 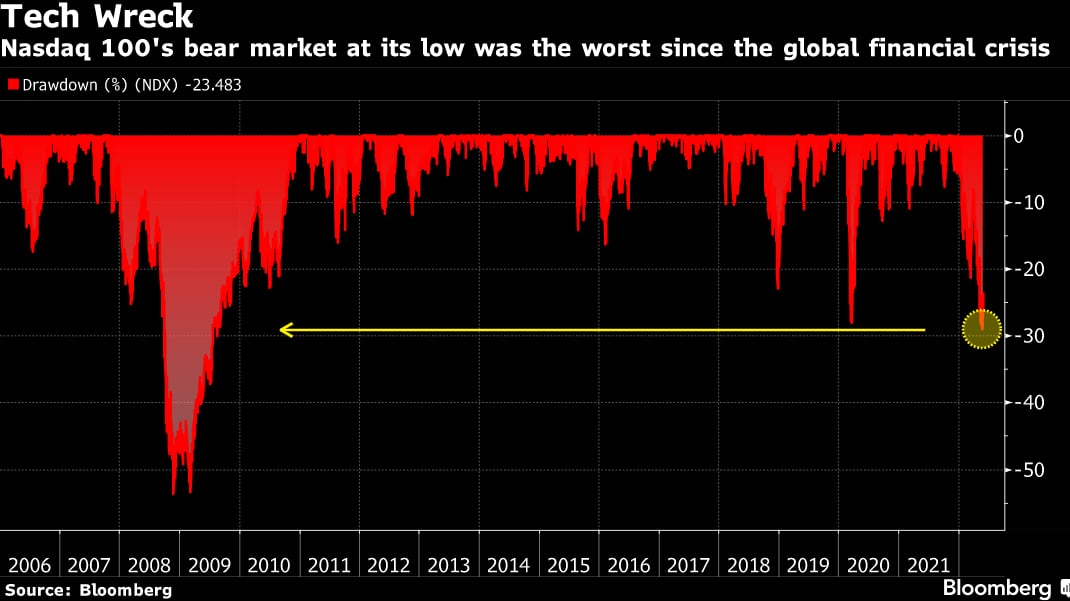 Investors have been whiplashed at a pace that hasn’t been seen since 2008. The S&P 500 has moved in a daily range of at least 1% in 89% of the trading sessions in 2022, according to Strategas Securities. 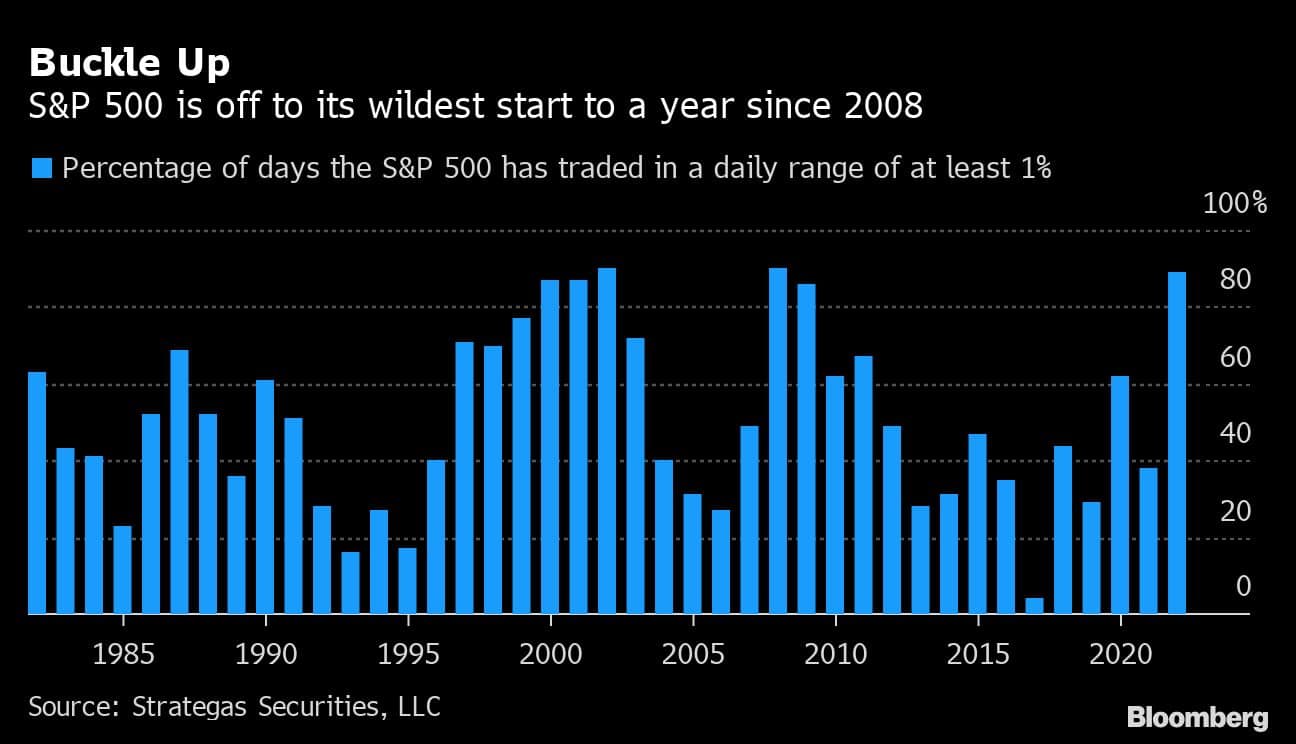 One group bucking the trend has been the energy sector after oil prices, spurred by the war in Ukraine. That has made energy the stock market’s hottest cohort by far with a 58% gain this year. 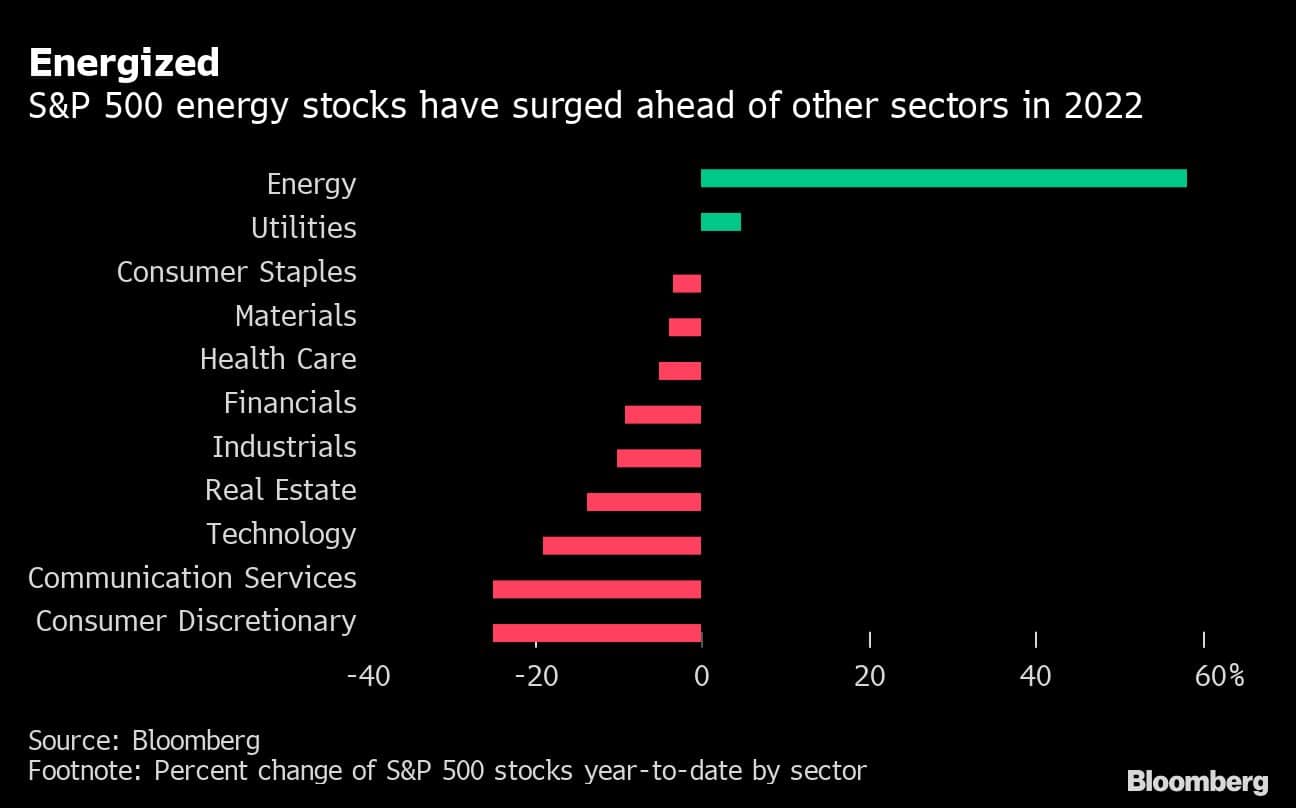 So, is capitulation near? Analysts say there may be more head fakes before stocks hit a final low. But cheaper valuations have started to lure buyers back. Historically, the five previous worst starts to a year for the S&P 500 saw the index higher for the remainder of the year each time, rising on average 19.1% over the ensuing seven months, according to LPL Financial. One caveat, though: Stock market trading and investing have changed drastically since the 1970s, let alone the 1930s. 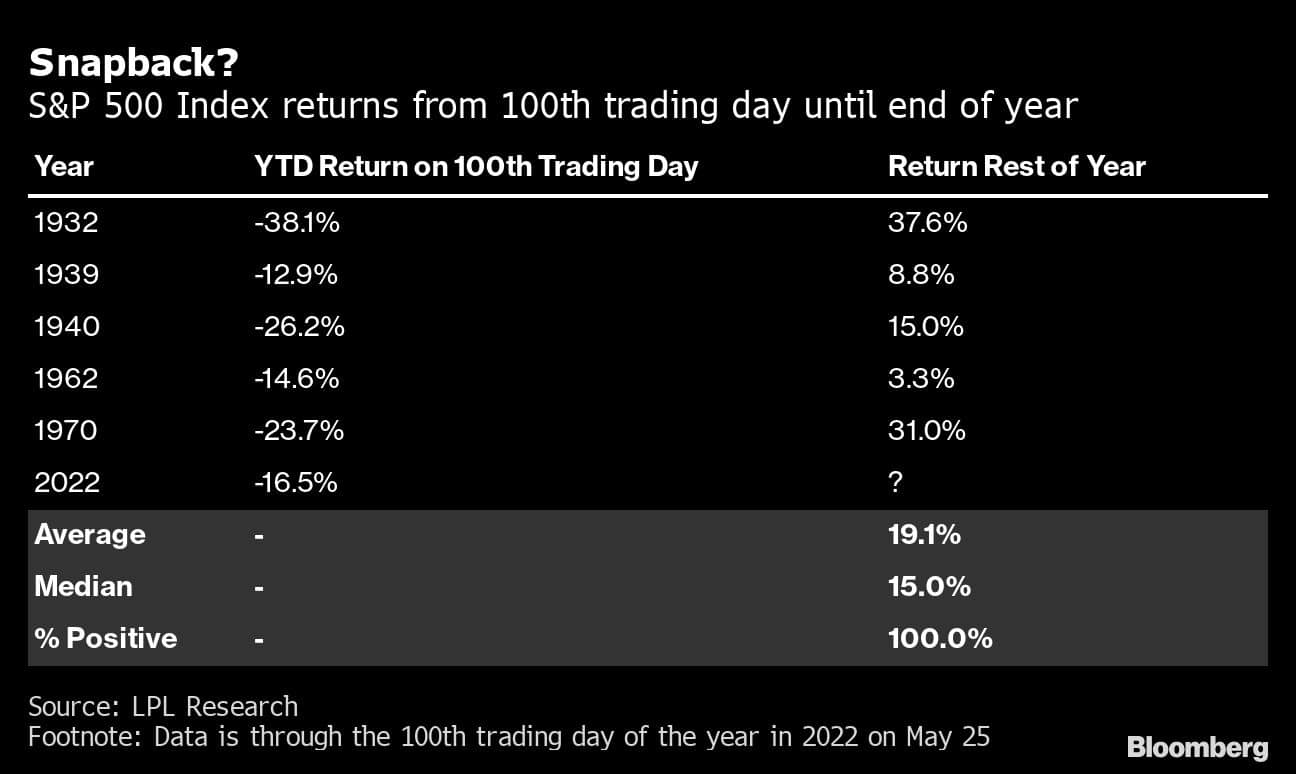