Extending its losses, the Nifty50 index settled over a percent lower on March 17 as investors adopted a cautious approach ahead of the Federal Reserve meet outcome due later in the day.

The index fell for the fourth consecutive session and formed a bearish candle on the daily charts as the closing was lower than opening levels. Experts feel the index needs to hold on to 14,700 support levels to get a strong bounce back in coming sessions, otherwise further correction looks possible.

Mazhar Mohammad of Chartviewindia advises intraday traders to go short below 14,690 levels and look for a modest target of 14,630 by placing a stop above intraday high.

“Weakness persisted on the bourses as Nifty50 registered a Bearish Candle with a 260-point wide trading range and went on to test its 50-day simple moving average. In this process it also registered a new corrective swing low from the highs of 15,336 levels strengthening the bearish sentiment further,” Mazhar Mohammad, Chief Strategist – Technical Research & Trading Advisory, Chartviewindia told Moneycontrol.

It is critical for the index to bounce back from the psychological support point of 14,700 levels, but if it fails to do so, then it can initially extend the slide towards 14,630 where minor support is available, according to the expert.

However, strong support for Nifty below 14,700 seems to be placed in the bullish gap zone of 14,469 – 14,336 levels registered on February 2 in response to the Budget, Mohammad added.

Contrary to this, any stability towards 14,700 levels should lead to a minor bounce which should be curtailed around 14,950 levels, he added.

“The index has been making lower highs from last three trading sessions. Now till it remains below 34,750, weakness could be seen towards 33,500 and 33,333 zones while on the upside key hurdle is seen at 35,000 levels,” Chandan Taparia, Vice President | Analyst-Derivatives at Motilal Oswal Financial Services (MOFSL) said. 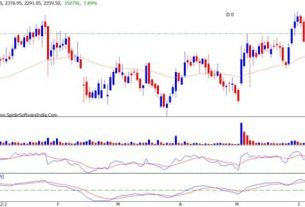 Hot Stocks | ABB India, RCF, KNR Constructions can give up to 18% returns in short term, here#39;s why 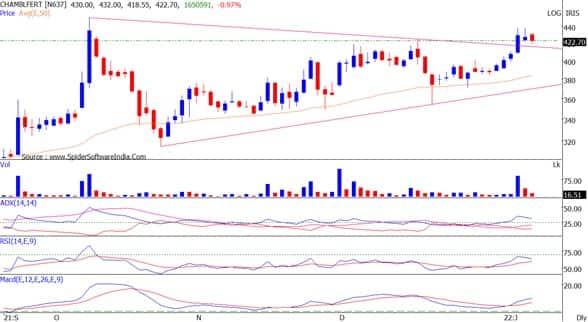