The Nifty50 after gained strength after initial hours of volatility to hit a new high on February 4 despite weak Asian cues. All sectors, barring IT and pharma, supported the rally.

t was the fourth straight session of gain, backed by FII inflow and formed a bullish candle on the daily charts as the closing was higher than the opening levels.

One interesting thing was a buy signal triggered by the MACD indicator on the daily charts but experts advised caution, considering the one-sided rally seen in the last four consecutive sessions.

The Moving Average Convergence/Divergence indicator is a refinement of the two moving averages systems and measures the distance between the two lines.

India VIX was down by 2.60 percent from 23.74 to 23.12  but it needs to cool down below the 20-mark for the ongoing momentum to continue with a higher market base, Chandan Taparia, Vice President | Analyst-Derivatives at Motilal Oswal Financial Services said.

Four days “of rally from the lows of 13,596 levels appears to have dragged some of the momentum oscillators into the overbought zone and hence caution is warranted around these levels,” Mazhar Mohammad, Chief Strategist – Technical Research & Trading Advisory at Chartviewindia.in told Moneycontrol.

“Though daily MACD indicator turned bullish with a buy signal, it has no value addition at this juncture, as the market already rallied around 1,500 points,” he said.

According to him, if the bulls manage to push the index beyond 14,907 then intraday rally shall be expected to initially expand towards the resistance point of 14,988 levels placed on lower time-frame charts and a strong move beyond this hurdle can take the Nifty towards 15,200 levels.

“Though fresh long positions are not advisable, bravehearts who are already long are advised to maintain a tight stop below 14,714 levels on closing basis and ride the rally,” Mazhar said.

The options data suggested that the Nifty could see a wider trading range of 14,500 to 15,200 levels in the coming sessions.

The Bank Nifty opened negative at 34,548.90 but managed to hold support of 34,250 and bullish momentum in all the banking stocks drove the index to hit a record high of 35,413.15 to close with gains of 586.40 points at 35,344.80. The index formed a bullish candle on the daily scale and continued its higher top-higher bottom from the last five sessions.

Trade the events efficiently by knowing what impacts option premium and how: Shubham Agarwal 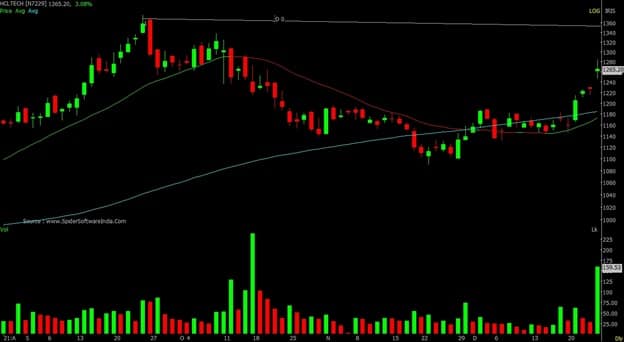