The Nifty50 continued its stellar rally for the second consecutive session on February 2 as the index gained over 2.5 percent following the pro-growth Budget announced by the government on February 1. The rally was seen across-the-board, barring FMCG.

The index formed a bullish candle on the daily charts as closing was higher than opening levels. Experts advise caution after a two-day strong rally of over 7.5 percent.

Considering the strong upmove of the last two sessions, Mazhar Mohammad of Chartviewindia advises traders to avoid fresh buying in the index and preference should be given to book profits on long positions.

“Animal spirits appears to have unleashed among bulls as Nifty witnessed yet another session of sustained buying with a strong gap-up opening. However, the intraday top was made in the first hour itself at a high of 14,731, which was slightly below the lifetime high of 14,753 levels, from where it seems to have started a consolidation process on intraday charts,” Mazhar Mohammad, Chief Strategist – Technical Research & Trading Advisory at Chartviewindia.in told Moneycontrol.

In the next trading session, unless it gets past 14,731 levels, strength should not be expected, he feels. In case, “if the said hurdle is cleared then Nifty may register new lifetime highs beyond 14,753 levels and in that scenario, the rally shall eventually get extended towards next target of 15,200 levels,” he said.

Contrary to this, he feels if bulls fail to cross 14,731 levels then there will be a bright chance of Nifty slipping into a sideways consolidation. “And on a mild correction buying for the index shall emerge in today’s bullish gap zone of 14,469 – 14,336 whereas a close below 14,330 can confirm short term weakness.”

“It is forming higher top – higher bottom from the last three sessions along with positive placement of mechanical indicator (RSI). Now it has to hold 33,500 levels to witness an upmove towards 35,000 zones, while on the downside support is seen at 33,500 and then 33,000,” said Chandan Taparia, Vice President, Analyst-Derivatives at Motilal Oswal Financial Services (MOFSL). 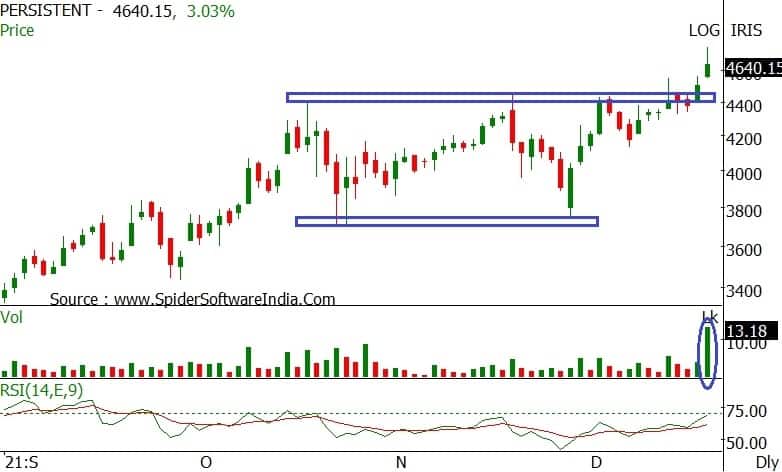 Trade Spotlight | What should you do with Persistent, Wipro, Indiabulls Housing, Apollo Hospitals Zee stocks?