Oil prices held steady on Monday, as natural-gas prices continued to surge towards levels not seen in nearly 14 years.

A late-season blast of cold air in the U.S. and weak storage have been cited as some of the reasons behind a recent surge in natural-gas prices. 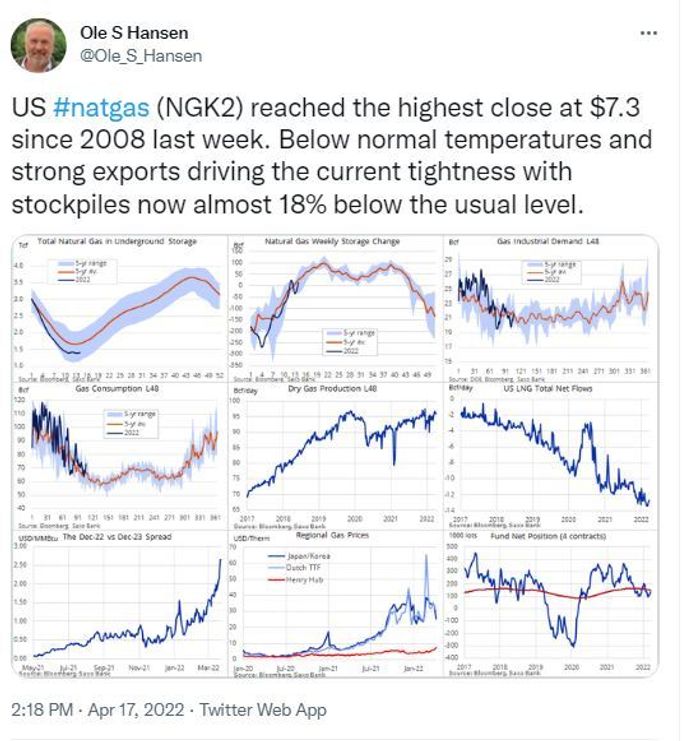 Read: U.S. natural gas is trading at an ‘insane’ price — Here’s why it just hit a nearly 14-year high

The rise behind the highest levels for natural gas since 2008 has much to do with low inventories, Tyler Richey, co-editor at Sevens Report Research told MarketWatch last week. “This has been the result of an “increasingly bullish fundamental backdrop as inventories are now sitting 23.9% lower than the same period last year, and 17.8% lower than the five-year average.”

Russia’s invasion of Ukraine that began in late February has also boosted prices in the wider commodity space.

Oil prices rose last week after The New York Times reported that European Union officials were drafting a ban on Russian oil imports, something the bloc has been reluctant to do due to dependence on those imports by countries such as Germany and Austria.

: My husband and I bought our late neighbor’s foreclosed home. My stepdaughter moved in — then the problems began