Among the sectors, the oil and gas space added over a percent led by heavyweight Reliance Industries, which jumped over 3 percent followed by GAIL India and ONGC.

As many as 283 stocks hit a new 52-week high on BSE, including PNB Housing that spiked 20 percent after the board approved capital raising of up to Rs 4,000 crore. This was followed by Minda Industries, KIOCL, V-Guard Industries, Heidelberg Cement, LIC Housing Finance, Concor, Mindtree, Asian Paints and Colgate Palmolive among others.

The stock price surged over 47 percent in the last three days after ace investor Radhakishan Damani bought a 1.26 percent equity stake in Prozone Intu Properties in the quarter ended March.

As per the March quarter shareholding pattern, Damani acquired 19,25,000 equity shares in the company, which develops and manages regional shopping centres and associated mixed-use developments across India.

Big bull Rakesh Jhunjhunwala, who pared his holding in the company in 2018, continues to hold a 2.06 percent stake .

The other stocks that hit the upper circuit intraday on May 31 included PNB Housing Finance, McLeod Russel, Andhra Cements, V2 Retail, Kirloskar Industries, GTL Infra and Magma Fincorp among others.

According to a report by Way2Wealth Research, technically, the Nifty has moved in to fresh bullish zone, but it would essential for the index to hold above the previous levels of 15431 for one or two sessions for confirmation. 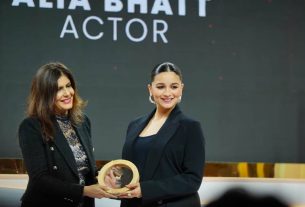 Tycoons of Tomorrow: Alia Bhatt to Mamaearth#39;s Ghazal Alagh, the emerging talents of 2022