After the strong upside move in the week ended May 21, Nifty touched fresh all-time high i.e. 15,469.65, in spot. Another milestone added to the list.

The Nifty futures during this week ranged from 15,150 to 15,500, ending the week by gaining around 1.79 percent. On the OI (open interest) front, OI Unwinding witnessed over the week gone.

Further diving into the Nifty’s upcoming weekly expiry Put writers are showing aggressions by building more position compared to call writers. Immediate and vital support stands at the 15300 levels where nearly 25L highest among all. On the upper side, 15500 stands at the vital resistance level.

INDIA VIX, fear gauge, eases nearly 9 percent from 19.13 to 17.36 over the week. India VIX is trading at the lowest point since Feb 2020. Cool off in the IV has given relaxation to market. Further, any downticks in INDIA VIX can push the upwards momentum in Nifty.

Moving further to the weekly contribution of sectors to Nifty. Most of the sectoral indices have contributed positively except power, pharma and metal. OIL has contributed nearly 86.63 points in the Nifty 270 points gains. Followed by IT & PVTB approximately 77 and 41 respectively. Whereas Metal contributed nearly 8 points negatively.

Looking towards the top gainer & loser stocks of the week in the F&O segment. CONCOR topped by gaining over 14.1 percent, followed by PNB 11.4 percent, Mindtree 11.2 percent. Whereas, BEL has lost over 7.2 percent, Chola Fin 6.2 percent, Torrent Power 6.1 percent over the week.

Conclusion: Considering the positive momentum along with decline in India VIX, upcoming week can be approached with a low-risk strategy like Modified Call Butterfly in Nifty. 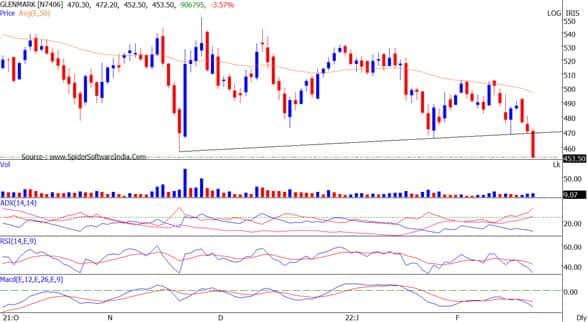