Sanjay Kapoor: #39;Shooting “The Last Hour” in Sikkim added to the atmosphere#39;

Sanjay Kapoor is an actor with over 25 years of work experience and Karma Takapa is a film director making his debut as an actor. The two men headline The Last Hour, director Amit Kumar’s supernatural crime drama that is now streaming on Amazon Prime Video.

Although Kapoor is a veteran, he exudes excitement as he shares details of his latest Web series. Takapa, who has directed feature films such as Ralang Road (2017) before, is more measured in his responses, perhaps adjusting to responding to questions as a lead actor rather than the filmmaker.

In video interviews, Takapa, who plays a shaman, and Kapoor, who plays a police officer investigating murders in Sikkim, share details of The Last Hour:

What attracted you to The Last Hour and to the part of Arup?

Initially it was Amit, the director, who prompted me to be part of this show. When I met him, he gave me a gist of the show, it intrigued me. I loved Amit’s honesty and I liked how he stuck to the show – he was not trying to impress me by only focusing on my character. I felt Amit would depict this show in a realistic manner. And that’s how I got into it. The script was very interesting and then the casting intrigued me a lot. He has this fantastic platform and he could have gone for big stars but chose new faces and interesting casting. For example, Karma who plays Dev is a raw, new actor. Amit needed a face without baggage and Amit’s confidence rubbed off onto all of us. As for the part of Arup – I have been around for 26-plus years and usually cops stars in Hindi films are super cops. But here was a realistic cop. He’s a cop by profession and he is here to solve a mystery but he also has a life. He takes the help of this shaman. That’s where the supernatural comes into the crime thriller. Shooting in Sikkim added to the atmosphere.

Do you believe in spiritual energies and the supernatural?

I don’t believe in it but I do believe in positive energy. But as film actors and creators, writing can make things very believable. While watching the series you will feel that this might be possible, that maybe some person like this, with the power to see the last hour of a dead person’s life, exists somewhere.

From the time you made your debut with Prem in 1995 to 2020s, when you are doing Web shows like Gone Game and The Last Hour, what has changed in the way content is made?

The most positive change is workshops. We spend a lot of time together reading and discussing characters. Before you reach the set, you are giving a lot of time to preparation. We did the same to establish the camaraderie between Jaideep (Ahlawat) and myself for Lust Stories, so by the time we got on our set, our body language was very comfortable and we could be more convincing of our friendship. In this show, most of my work is with Karma who lives in Sikkim. He was facing the camera for the first time, so if I had butterflies after 25 years, he must have had even more so. But there was a comfort on set because we had spent some days beforehand doing readings and building a relationship.

Do you still get butterflies before a shoot?

Of course! When you are starting something new, meeting new people, becoming a new character, you do get anxious. For instance, in the case of Arup, the expectation is different because I was not cast as a star. When you are cast as a star you know your stardom will get you this money and these audio rights and you will make overseas sales for XYZ. But here you are cast as an actor to do justice to the role, so the pressure is more, but it’s a very positive pressure and a great high. This show was also the first time in my career that I auditioned for a role.

When Amit came and met me, he praised me and mentioned my work which he liked and then he said there’s just one thing: I audition all my actors. I had never auditioned in these 25-26 years of being an actor. But there was such honesty about him I said yes. That’s why it was more gratifying when I got the role. Amit had a choice of accepting me or rejecting me. Amazon had the same choice, (executive producer) Asif Kapadia had a choice to accept or reject me and they all felt I am right for the part. That gives you even more confidence that you have earned your part.

What else have you got coming up?

There is a short film called Friction and another series called Finding Anamika with Madhuri (Dixit Nene) and me reuniting after 25 years. We shall also start shooting for the second season of Gone Game once lockdown lifts. 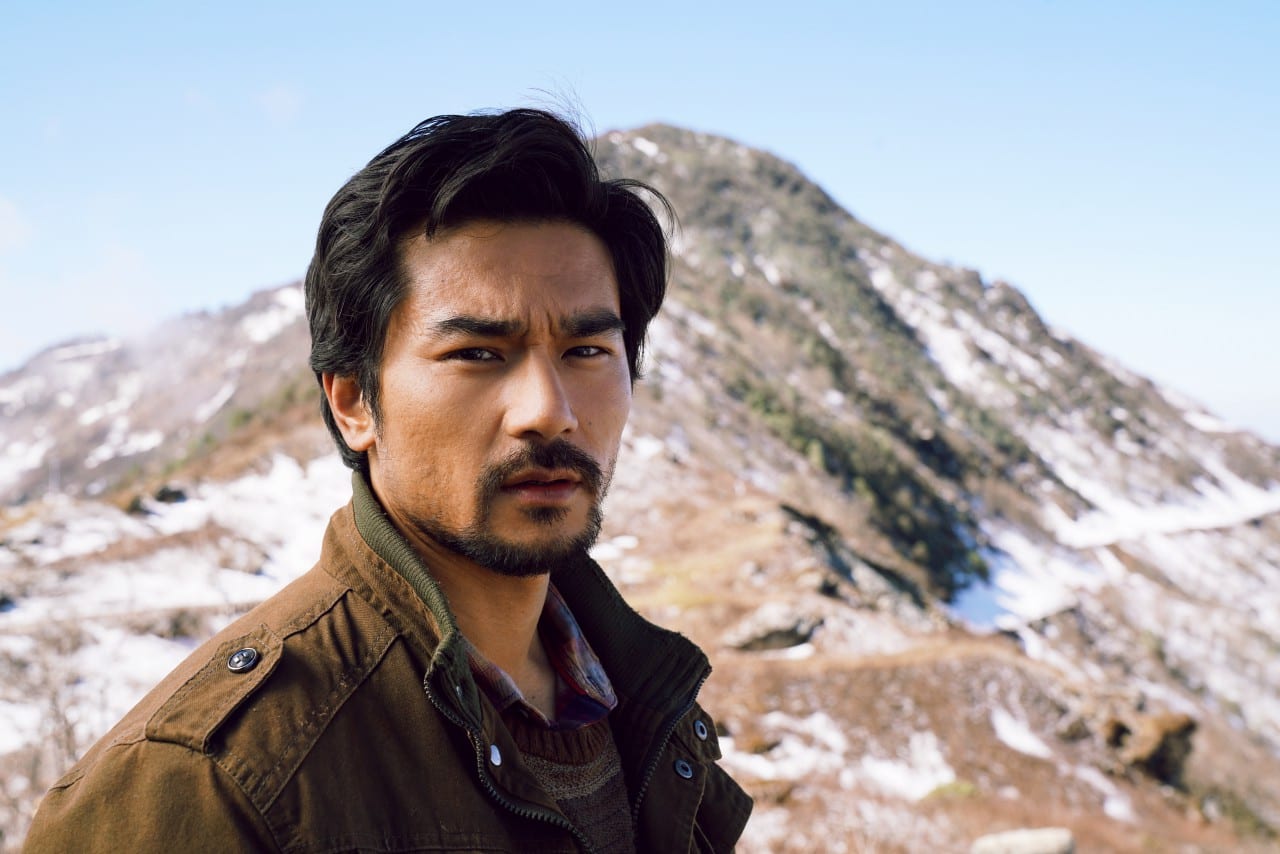 Karma Takapa as Dev, a shaman, in ‘The Last Hour’. This is filmmaker Takapa’s first stint in front of the camera.

What was it like transitioning from director to actor?

Amit is a senior from the Film Institute of India (FTII). He got my number from someone and told me he is casting for this show. I thought he was asking for a recommendation to cast someone from the North-East. I said I would think about it and get back to him. But he turned around and said what about you? But I am not really an actor and was not interested. But he insisted we meet and chat and by the end of that meeting, he was almost bullying me into giving an audition. I half thought they were not going to cast me, but it turned out fine.

What convinced you, and were you nervous about stepping in front of the camera?

This is a crime thriller on a supernatural foundation. I play a shaman who has the ability to see the last hour of a dead person. He helps with a larger murder investigation being investigated by Sanjay Kapoor’s character. Film is a director’s medium, so when you know the director has clarity and your cinematic sensibilities align, then it’s easier to get into the groove. In the first week on set I was still in the mindset of a director. It took a few days before I stopped being concerned about certain things that are not an actor’s concern. Then a few days later, I loosened up and focused on being honest towards Amit’s vision for this character.

As an actor, facing the camera, what was your big learning?

I started having a very deep respect for actors because now it’s a personal, lived experience of what an actor goes through.

Do you feel casting you, a person from Sikkim, as a character from the region, is important for authenticity?

Often people don’t cast from a particular space because it doesn’t fit strongly into the mainstream. It is a lot to do with larger representation and how our cinema functions. We follow trends. To be projected on a very mainstream level, on a platform like Amazon will hopefully open up spaces and stories from the North-East.

Do you plan to continue acting?

I have not thought about it. Let’s see what this show turns out, but no concrete plans. I am focused on my next film as a director, which is in post-production.

What should investors do with DLF after Q4 results: buy, sell or hold?