The married couple began seriously searching for a property to buy in Austin, Texas, after November’s presidential election. After their first two bids fell through, they were ready to go all out, Resnick said.

“We were seeing the cost of houses increase even in the couple of months that we were looking, and we were worried about getting priced out if we didn’t get something quickly,” Resnick, 30, said.

They quickly realized that, at a minimum, they would need to include an appraisal waiver in whatever offer they made. The Austin real-estate market is as competitive as ever. Buyers from pricier markets including California and New York are coming in, ready to make all-cash offers. Same goes for investors, looking to convert properties into rentals or flip them for a profit.

“ ‘We were worried about getting priced out if we didn’t get something quickly.’ ”

A reasonably-priced home could fetch 20 or more offers, said Resnick, who works as a senior product manager in the tech industry. Their real-estate agents explained to them that to be competitive, the couple should consider doing an appraisal waiver.

The couple understood the rationale behind buyers waiving the appraisal contingency — after all, sellers wouldn’t want to deal with buyers who might back out if the appraisal came in low, especially given how high bids could come in above the asking price. But that didn’t mean the decision came without apprehension, once their third offer was accepted.

“Because it’s so busy here, you don’t get the appraisal back until right before you close,” Resnick said. “By that time, you’re pretty invested in the property, both money-wise and emotionally.”

While Austin may have one of the most competitive real-estate markets in the country, home buyers all across the U.S. are facing these same difficult decisions. With so many buyers in the market — and so few homes to go around — families are often facing pressure to waive certain contingencies in order to make their bids stand out.

But these waivers involve risky trade-offs that could cost buyers thousands of dollars or more, and leave them without vital protections should elements of a deal fall through. 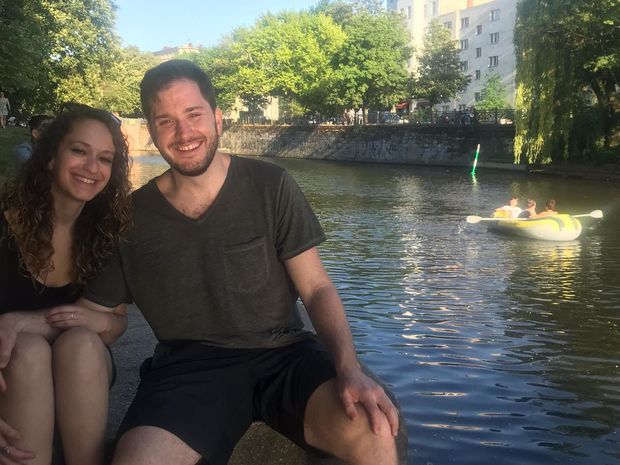 Alissa Resnick, 30, and her husband, Brett Benhazl, pictured in Berlin, Germany. The couple recently bought a home in Austin, Texas, and opted to waive the appraisal because of the city’s competitive market.

Buyers are going to extreme lengths to stand out

Nearly two-thirds of home offers from Redfin RDFN, +0.09% agents (64%) faced competition in March, according to a recent report from the real-estate brokerage. Given how much competition there is, buyers have resorted to a variety of strategies to stand out.

Of course, not all methods offer the same success rate. The most effective strategy, according to a Redfin analysis of thousands of offers made between July 2020 and February 2021, is to come in with all cash. “Home buyers who offer all cash nearly quadruple their chances of winning a bidding war,” said Daryl Fairweather, chief economist at Redfin.

Other research backs up Redfin’s data. A recent survey of more than 300 Zillow ZG, -4.69% Z, -5.31% Premier Agents found that 41% of agents said making an all-cash offer was the most effective strategy their clients used to score a deal on a home.

“ ‘Home buyers who offer all cash nearly quadruple their chances of winning a bidding war.’ ”

Of course, all-cash offers are not the most common. “The financing contingency is the least likely to be waived because the majority of buyers do need a mortgage to buy,” Fairweather said. Some buyers who need a mortgage may also opt to waive this contingency, but that comes with risk should lenders not come through with a loan.

Increasingly, successful offers are featuring some sort of contingency waiver. “About 80% of buyer offers we have written this year have zero contingencies,” said Samer Kuraishi, a Zillow Premier Agent and the president and founder of The ONE Street Company, a real-estate firm in Washington, D.C.

Similarly, Redfin reported that more than 13% of successful offers feature a waiver of the home inspection contingency, up from roughly 7% in the previous year. This contingency allows the buyer to pull their offer or negotiate with the seller should the home inspection report uncover serious issues. “In the most competitive markets, the share of winning offers that waived these contingencies is even higher,” Fairweather said.

Some contingencies have virtually evaporated in competitive markets, including the home-sale contingency, said Bill Gassett, a real-estate agent with RE/MAX Executive Realty in Hopkinton, Mass.

The home-sale contingency is a good example of one that may carry less risk to waive. “It gives the buyer the opportunity to back out of the purchase if they can’t sell their current home within a certain time,” said Holden Lewis, home and mortgage expert at personal-finance website NerdWallet. “In today’s seller’s market, this is the least risky contingency to waive. Most sellers can find buyers quickly.”

But waiving other protections is a major gamble that can cost home buyers, if they aren’t prepared. Take the appraisal waiver: This is popular with sellers because of how many homes are facing bidding wars.

“Homes are selling right away for significant amounts of money over asking — in some cases 10% to 15% higher,” Gassett said. The higher a bid goes above the asking price for the home, the bigger a question mark the appraisal can become.

If the appraisal falls through, buyers have a few options. They could request a second appraisal, particularly if they believe there were errors in how the first was conducted. They could also try to negotiate with the seller on the home’s price — though in today’s seller’s market, that may be a fool’s errand.

Otherwise, the home buyer in this scenario will need to endure some financial pain. They can pay for the difference between the appraised value and the bid price on their own. In many cases, that money would come out of the buyer’s down payment. Making a smaller down payment could lead to a higher interest rate and the need to pay mortgage insurance, which could cost thousands of dollars.

“ If a home buyer waives the appraisal contingency, and the assessment comes in low, they could be forced to dip into their down payment to cover the difference. ”

In a worst-case scenario — if the buyer couldn’t afford to make up the difference — the buyer may be forced to abandon the deal. “Be prepared to walk away from the deal and lose the deposit,” said Charles B. Sachs, chief investment officer at Kaufman Rossin Wealth in Miami.

Some contingencies are not worth waiving in any situation, according to real-estate experts. Case in point: The title contingency.

“You may not be able to waive a clear title search in your area — in some parts of the country, it isn’t even legal,” Rachel Stults, deputy editor at Realtor.com, wrote. “But if you discover you can, don’t.”

A title search uncovers who actually owns the home and whether anyone has a lien on the property. Those would become your responsibility if you purchased the home without making sure they were handled first.

How buyers can sweeten the deal — without added risk

Waiving one or more contingencies isn’t the only way a buyer can entice a seller to accept their offer over others in a competitive situation.

For instance, the home’s current owner may be stressed out by delays they’re facing with their own home purchase. Offering them a flexible timeline or allowing them to rent back the property temporarily after closing could be attractive, Fairweather suggested. “We’ve also seen some buyers offering to pay a portion of the seller’s closing costs and taxes or releasing the earnest money deposit early,” she added.

If a home buyer expects they’ll need to waive the home-inspection contingency, they may be able to conduct a pre-inspection of the home before submitting an offer. They would eat that cost should the offer not be accepted, but it would give them peace of mind if it is. Another option, instead of waiving the inspection, would be to offer a shorter window for it to take place to speed up the buying process, Sachs said. “Just make sure you have a reputable inspector who can work within this shortened timeframe,” he said.

Ultimately, buyers should heed the advice of their real-estate agent and not make assumptions about what they should or should not waive. Resnick’s agent suggested she and her husband work with a local lender rather than a larger, national company, in order to get a better appraisal. The local company uses appraisers who are very familiar with the Austin market, she said, increasing the odds that the value would be in line with the price the couple offered.

“In the end, we got lucky, and our appraisal came in right around the sale price,” Resnick said. “But it was definitely stressful.”

The Moneyist: My sons are at odds after one abused the other 20 years ago. Should I appoint a third party as executor of my $1 million estate?