Lou McCall is ready for the sound of one ‘ding’ to change his life.

Up to this point, past-due utility bills, an averted electricity shut-off notice, looming child-care costs and troubling car sounds have been part of the background noise for the married math teacher with three young kids.

The ding, McCall, 32, hopes, will be the sound of a bank notice informing him that $ 7,000 in stimulus check money has just been deposited.

“That’s not a number that’s been in my account before,” said McCall, a Woodbury Heights, N.J.-based seventh grade math teacher. He already knows how he and his wife, a social worker, will use their money: “$ 1.9 trillion seems fake, but $ 7,000 seems life-changing to me,” he said.

Direct payments from the $ 1.9-trillion American Rescue Plan started rolling out this past weekend, with more to come this week. The law authorizes $ 1,400 checks per person in households that make less than $ 75,000 for individuals and $ 150,000 for married couples filing jointly. 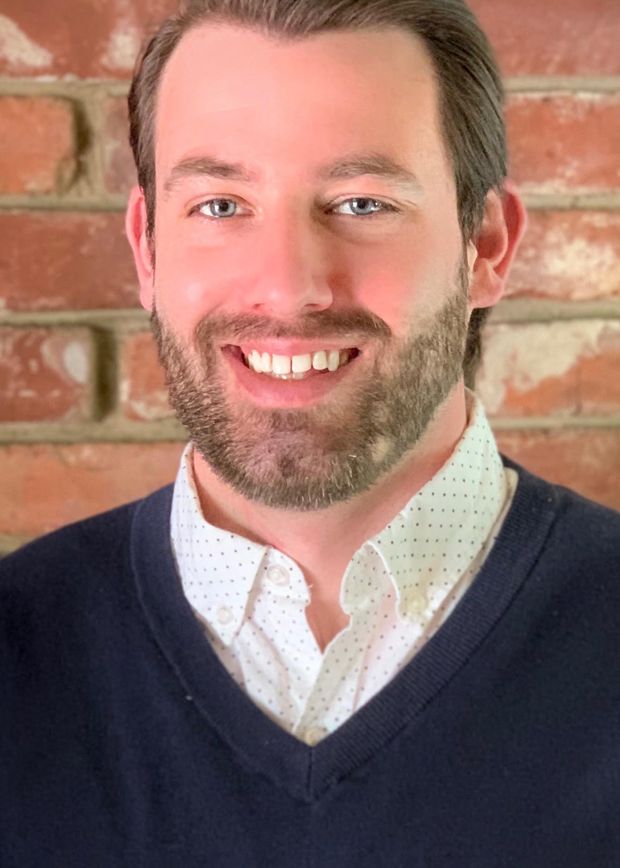 Lou McCall is going to divvy the stimulus check money between past debts, current costs and savings for the future.

McCall will use his payment for past-due utility-bill debts, upcoming child-care costs, car repairs and to help McCall’s woodworking side business that partially helped to keep money coming in this year. If there’s money left over, it will be put towards college savings accounts for their three kids. The oldest is age eight.

The 32-year-old man said he got goosebumps talking about the money. “I’m not lying,” he said. When he checked the ‘Get My Payment’ portal, he saw his money is slated to come by Wednesday, March 17. “It was cool to have a date,” he said.

Like millions, McCall and his wife received the first and second stimulus checks.
The first round paid $ 1,200 to adults and $ 500 for children while the second paid $ 600 to children and adults. Combining both previous rounds, the IRS has already distributed approximately 307 million direct payments for $ 412 billion.

The pandemic ended after-school programs, coaching and summer programs that McCall relied on for supplemental income. The direct payments so far have kept his family “afloat and staying in the race.”

“ ‘It feels like the first one where we can say we can make a plan for the year.’ ”

This round feels different for him. Of course, there’s the boosted $ 1,400 pay per person. But it also comes at a time of falling COVID-19 case counts, rising vaccination rates and a job market that, some say, is displaying the “green shoots of recovery.”

“It feels like the first one where we can say we can make a plan for the year,” McCall said. The American Rescue Plan also expands the Child Tax Credit for one year to $ 3,600 for children below age six and $ 3,000 for children to age 17 and under.

Some 85% of all households in the country will receive the third round of direct payments, according to President Joe Biden, who signed the bill Thursday.

In that swath of people, there are people like McCall who are finally seeing a path forward, but others who are just hanging on — a reminder that not everyone is seeing light ahead. 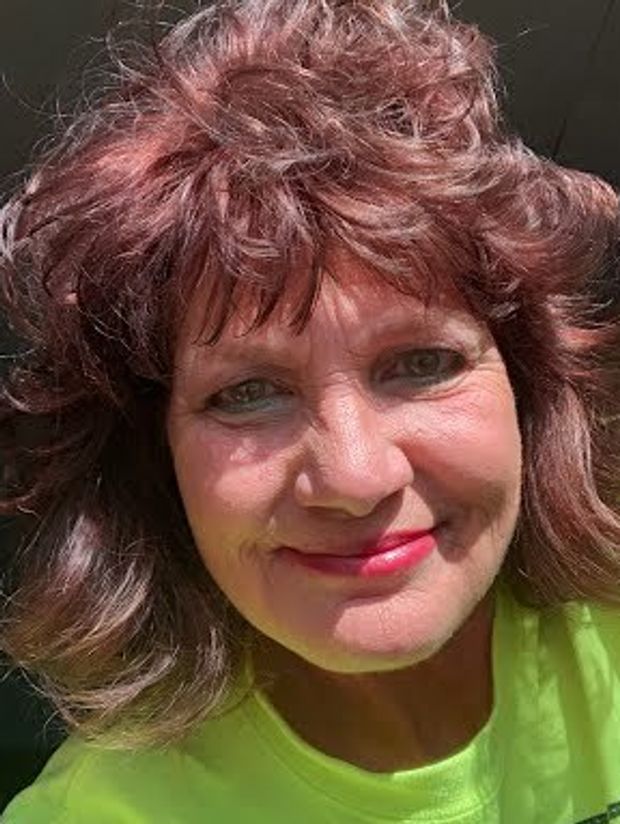 Lori Taylor will put the stimulus checks towards bills and groceries, she said.

Others are less happy with the current administration. Lori Taylor told MarketWatch her “body is on fire, shooting pins and needles.” The incoming payments lift a small burden, but they do not fix what really ails her, she said.

For more than two years, her insurance company paid for the treatments. This July, however, her carrier said it wasn’t paying for the treatments anymore because they were “experimental.” By then, Taylor and her husband, a hoist operator in a coal mine, already paid their $ 6,000 deductible.

Taylor learned of the carrier’s refusal months after her brother died of bone cancer. Taylor’s 24-year-old daughter-in-law died of brain cancer in January.

“ ‘It takes off a little burden. It relieves a little stress knowing you’ll get caught back up.’ ”

She has lost 13 pounds and all muscle tone in her limbs because it hurts too much to perform everyday leg and arm motions. Her legs are “as skinny as can be right now,” she said.

So as for the stimulus checks coming to her and her husband? “It takes off a little burden. It relieves a little stress knowing you’ll get caught back up.”

The money will go towards approximately $ 1,100 in property taxes, a $ 599 car payment and a $ 625 past-due truck payment. She’ll use what’s left for groceries and meat for the freezer. The past two checks went to bills and taxes, Taylor recalled. “I’m always paying taxes with somebody.”

Taylor is a member of WorkMoney, a non-profit organization that’s pressed for consumer financial relief during the pandemic, including the newest stimulus bill. She credits the organization for its advocacy, but views Capitol Hill dimly.

Taylor, who voted for then-President Donald Trump, said “I don’t feel hopeful right now. I’m not happy with the way Democrats are running things at all.”

Taylor blames the Affordable Care Act — which then-President Barack Obama enacted with Biden watching on as vice president — for her sky-high deductible. Now she faults Biden for steps like revoking a permit for the Keystone XL oil pipeline. “That was the worst decision he ever made,” she said.

Other organizations have pointed out advantages to the Affordable Care Act. The Kaiser Family Foundation estimated that 20 million more people had medical insurance due to the act.

“Among racial and ethnic groups, Hispanics, Blacks, and Asians had particularly large declines in uninsured rates, with each group seeing a drop of over 8 percentage points from 2013 to 2016,” it said.

A sizable majority of U.S. adults (70%) say they favor the legislation that passed the $ 1.9 trillion coronavirus relief package. Only about three-in-ten (28%) oppose the bill, which provides economic aid to businesses, individuals and state and local governments, according to a Pew Research Center survey.

Congressional votes on American Rescue Plan were deeply divided along the usual partisan lines, but the public is slightly less divided: 94% of Democrats and Democratic-leaning people support the package, while 41% of Republicans and Republican-leaning independents support the measure, it said.

Republicans are far more likely than Democrats to view the spending in the bill as excessive (61% of Republicans vs. 11% of Democrats), the survey found.

But while party politics bother and concern Taylor, the pain bothers her more. And figuring out how to manage it and pay for treatment is Taylor’s focus after the stimulus checks come and go.

In the meantime, she is giving all of her attention to her medical issues, and how to pay for them. “I have called everybody in the world, every agency, every possible person,” she said. “I have been on the phone for hours and hours.” 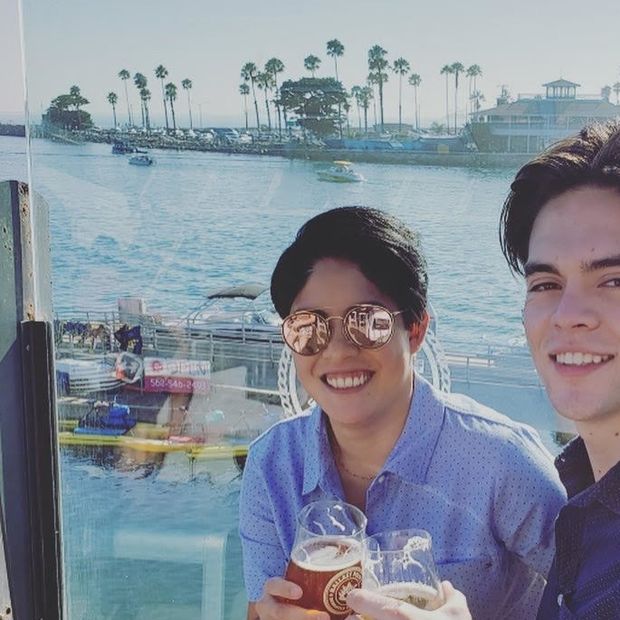 “I feel confident in my finances for the first time in my life,” said Angel Guerrero, pictured left.

$ 800 donation to their Buddhist center

At 35, Angel Guerrero felt like she was always behind with her finances, struggling with credit-card bills and an approximate $ 25,000 student-loan debt. “I felt like I was always having to catch up,” the Long Beach, Calif. resident told MarketWatch.

Guerrero, a facilities manager at an insurance brokerage, was trying to get on better footing even before the pandemic. The first two checks, and now the third, are solidifying that foundation, she said.

So far, she’s used the first two direct payments for bills and put a couple spare hundred dollars in her Robinhood trading account.

That enabled Guerrero to donate a $ 800 last year to her Buddhist center. It also means she does not have to think twice if she wants a minor splurge like extra guacamole.

Guerrero feels fortunate to have kept her job during the pandemic and she wants to make the best of her luck.

“I have extra money to give, extra money for investments. I feel great I can pay my bills,” she said. “I feel confident in my finances for the first time in my life.”

Like Guerrero, McCall said he and his wife count themselves lucky for getting through 2020’s devastation. Despite the strain, they’ve kept their jobs, their health and their home.

McCall renovated the unfinished basement into a virtual classroom where he can better instruct his students. He used some of the previous direct payments to fund the project, which gets him through those school days.

“We are grateful for this stimulus to provide some peace of mind for today,” he said, “and some hope for tomorrow.”

Market Extra: The stock-market rally survived a confusing week. Here’s what comes next.

Outside the Box: Where does Social Security stand? What is its future?

: Portugal makes it illegal for your boss to contact you outside of work hours