For the past year, Federal Reserve Chair Jerome Powell has expressed a wish for more rescue spending from Congress, better control of the viral pandemic and clear evidence of an improving economy.

He’s finally getting all three. Yet all of that hardly makes Powell’s job easier.

At the Fed’s policy meeting this week and at a news conference to follow, the chair will take up a new challenge: Convincing financial markets that even as the economic picture brightens, the Fed will be able to continue providing support without contributing to high inflation. Powell’s message will likely be that the economy still needs substantial backing from the Fed in the form of short-term interest rates near zero and bond purchases that are intended to lower long-term borrowing rates.

Complicating the Fed’s task is that investors envision a swift and robust recovery later this year that could accelerate inflation and send long-term rates surging. Behind that fear is the belief that as vaccines are more widely administered and money from President Joe Biden’s $ 1.9 trillion rescue package flows through the economy, growth will accelerate so fast that the Fed will feel compelled to quickly raise rates to quell inflation pressures. If that were to happen, the economy could suffer another setback.

The economy’s outlook has improved significantly since the Fed’s policymaking committee last met in late January. Job gains accelerated in February, sales at retail stores jumped after $ 600 relief checks were distributed at the start of the year and Biden signed his economic relief package into law last week.

The stronger outlook has sent the yield on the 10-year Treasury note climbing as investors have dumped bonds, which are typically safe-haven investments during downturns. The yield on the 10-year reached 1.62% in afternoon trading Friday; it had been below 1% at the end of last year. The rise in the 10-year yield in recent weeks “caught my attention,” Powell acknowledged earlier this month.

In anticipation of faster growth and inflation, investors have priced in at least three Fed rate hikes by 2023 — a much earlier lift-off than the Fed itself has forecast. In December, the central bank’s policymakers collectively projected that they wouldn’t begin raising rates until at least 2024.

Seeking to reassure investors, Fed officials have said they regard the rise in the 10-year yield as a positive sign, evidence that the financial markets expect the economy to steadily strengthen. Many economists agree.

“Markets are responding to the ongoing, and accelerating, recovery,” said Lewis Alexander, an economist at the investment bank Nomura. “In many respects, the Fed is dealing with the problems of success.”

But if longer-term rates rise too high, the economy could suffer as borrowing becomes more expensive for consumers and businesses. The average rate on a 30-year fixed mortgage, for example, has topped 3% after having set a record low of 2.65% as recently as early January. Mortgage rates could price out some would-be home buyers if they go too high.

When the Fed’s meeting ends Wednesday, much attention will focus on the release of its updated economic and interest rate projections. The central bank issued its most recent projections in mid-December, before it was clear whether Congress would approve a $ 900 billion rescue package or how much more federal aid Biden would manage to enact. Since then, roughly $ 2.8 trillion in economic relief has been approved.

Average daily COVID infections have also dropped precipitously, and vaccinations have accelerated. As a consequence, Fed officials will likely boost their projections for economic growth for this year and for 2022, lower their estimates for unemployment and raise their expectations for inflation.

Fed officials may project economic growth this year of as much as 5%, economists say, up from their December estimate of 4.2%. After a 3.5% contraction in 2020, many private-sector analysts are forecasting growth of roughly 7% this year. That would be the fastest calendar-year U.S. expansion since 1984.

Acknowledging those improvements could make it harder for the Fed to convince financial markets that it will remain “patient” about raising rates, as Powell has stressed in recent weeks.

In his news conference, Powell will likely focus on the persistent weakness in the job market. There are 9.5 million fewer jobs than there were just before the pandemic erupted a year ago. That is more jobs than were lost in the 2008-2009 Great Recession.

The unemployment rate, at 6.2%, is far below the 14.8% peak reached last April. But Fed officials often cite an alternative measure that includes people who are out of work but aren’t looking for a job and so aren’t counted as unemployed. That figure is roughly 9.5%.

One option for Powell would be to discuss financial tools the Fed could use if longer-term rates rose so quickly that they could threaten the economy’s health. The Fed could shift more of its monthly purchases of Treasurys to longer-term securities, such as 10-year notes, while cutting back on its short-term bond buys.

Or Powell could consider buying more overall government securities, with the additional purchases focused on longer-term bonds. That’s what Christine Lagarde, president of the European Central Bank, said last week she would do.

Brusuelas suggested that Powell might be able to allay any concerns just by mentioning the Fed’s additional tools, without having to implement them.

Some economists expect the Fed to project that its next rate hike could occur by the end of 2023, earlier than they forecast in December. That move would reflect the improved economic outlook.

But it doesn’t necessarily mean the Fed will discuss any new steps, said William English, a former senior Fed official and finance professor at the Yale School of Management.

With the economy improving, “it would be a strange thing to react to that” by taking further steps to keep rates low, he said.

Petrol, diesel prices on October 1: Fuel prices at record high after another hike

What should investors do with HCL Technologies after Q1 results: buy, sell or hold? 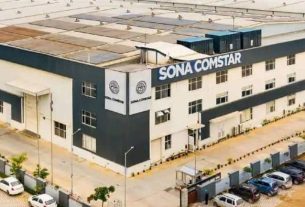