Technology stocks have been going gangbusters for years, as consumers and companies embrace new ways of doing old things. At the same time, there’s been a rush for young companies to go public, sometimes before they have the full business model ironed out and sometimes when profits are still far on the horizon. That means the stock market resembles a casino some days, with people piling in who are unafraid of, or just not used to, losing money.

By now, you surely recognize this is a jokey attempt to conflate the current moment, full of Redditors and memes and SPACs and electric cars and Zoom meetings to 1999, when the internet was the wild, wild west and trading had just moved on line.

Clumsy, perhaps, but still worth considering. It’s simultaneously true that for the past 20 years, any time any tech stock anywhere gets a little pricy, it prompts a lot of pearl-clutching about the dot-com bust — and that there are uncanny similarities that do warrant more attention.

Why do periods of disruption so frequently lead to speculation? Why do we let snake-oil-sounding financiers sell us… whatever they’re selling us? What investor ever said, please, give me less insight into a space-flight company’s financials… oh, but we went in for that too.

Finally, does it always end badly?

It’s all worth considering, and if ETF Wrap comes up with the answers, we’ll let you know. Alternatively, if you have any thoughts, please get in touch.

Thanks for reading, as always.

Take a trip down memory lane, if you will, about six months into the past. COVID vaccines were only a glimmer in our collective eye, and the possibility of a contested presidential election loomed, as did a long dark pandemic winter for millions of households and small businesses.

“The question you have to ask is, what are markets going to look like for the next six months or so, and anyone who tells you he knows is lying,” said Dave Nadig, chief investment officer and director of research at ETF Database, at the time, in this MarketWatch story.

Six months on, we’re in inarguably a different world. Vaccines are not only here, they’re prevalent. Our democracy is still standing, for now. And more money is on the way to boost the economy.

ETF Wrap caught up with Nadig this week to ask whether we can breathe more easily. As usual, Nadig, an ETF veteran and a big thinker on all kinds of markets, has a completely different take than most pundits out there.

“It’s not just about reopening versus work from home or growth versus value or about crypto or bored people trapped at home with stimulus money,” he said. “The market is trying to figure out what it wants to do.”

Those questions come down to the amount of money sloshing around in the system, he thinks, thanks to pent-up demand, stimulus money, stock market and home-equity gains, and more. Will that simply translate into a massive consumption glut? Or what Nadig calls “a long-term reallocation of assets?”

Reallocating is already taking place, but investors and advisers are having a tough go of it. As Nadig noted last fall, the traditional ways of managing risk — government bonds, for example — aren’t really up to the job the way they might have been a few decades ago, as yields remain low and the decades-long bull market comes to an end.

The question, “’what does a balanced portfolio look like right now?’ is tough,” Nadig said in an interview. “That’s why people are looking at commodities, financials XLF, +0.33%, things that should do well in a rising rate, rising inflation environment. For most people the answer is just diversification, which is boring. But you never do yourself a favor by trying to time the top or the bottom. You’re going to build a diversified balanced global portfolio and cross your fingers.”

One consideration: Nadig thinks investors have spent the past few years in “barbell” strategies, with riskier investments such as individual growth stocks and swing-for-the-fences funds on one side, and riskless assets like bonds or cash on the other.

Now it’s time to look to the middle of the barbell, he thinks, not just to avoid the extremes, but because there’s quality opportunity there, worthy in and of itself. “This is a time when good financial advisors are using the opportunity to talk to clients about long-term positioning.”

Defiance ETFs has launched the first hydrogen ETF in the US. Next Gen H2 HDRO, +4.26% will give investors exposure to companies involved in the development of hydrogen-based energy sources and fuel technologies. It’s listed on the NYSE and charges a 30-basis-point management fee.

A big chunk of money just sloshed into a very interesting fund. CFRA’s eagle-eyed head analyst, Todd Rosenbluth, noticed that the Invesco S&P 500 High Beta ETF SPHB, +2.00% has nearly doubled its assets under management in a few weeks, going from about $ 843 million to $ 1.66 billion, according to FactSet data. High beta essentially means high volatility, and an investing strategy that’s more likely to hold beaten-up parts of the S&P 500 as investors try to decide whether or not their time to shine has come. If you’re looking for another way to play the reopening trade, this might be an option, but “buckle your seatbelts,” Rosenbluth told MarketWatch.

In the wake of the deep dives into whether or not ARK Invest can weather a tech downturn, most starting with the assumption that they could not, here are two rebuttals that may be worth your time:

Is there an ETF for that?

The $ 1.9 trillion infrastructure package just passed by the Senate contains $ 350 billion of hard-won aid for states and locals. That might seem to have been a boon for the municipal bond market.

Instead, the muni market “yawned” when the bill was passed, said Eric Kazatsky, Bloomberg Intelligence head municipal strategist, a signal that the aid money had already been priced in. But muni ETFs are still worth a look, he thinks.

Kazatsky is a fan of the “gorillas” in the marketplace for all the usual reasons — what he calls “solid” management, low fees, liquidity and robust inflows. He mentions the $ 21 billion iShares National Muni Bond ETF MUB, +0.12%, which tracks investment-grade bonds. For investors willing to take on a little more risk, there’s the VanEck Vectors High Yield Muni ETF HYD, +0.01%, which has $ 3.3 billion under management. For taxable munis, the Invesco Taxable Municipal Bond ETF BAB, -0.25% is one of the bigger funds.

For investors unfamiliar with the municipal space, “high-yield” is a different animal than in the corporate sector: much safer, with very infrequent defaults. The space “could actually offer a much bigger reward because there are a lot of bargains to be had from the market dislocation last year, if you don’t think they’ve run their course,” Kazatsky told MarketWatch.

Kazatsky thinks the stimulus spending will accrue benefits to state and local credits over time, which will largely benefit investment-grade bonds.

For now, demand is going strong while supply is waning a bit, he said. The question for those in the marketplace now is, “what’s the next push that will drive munis higher? It may be that discussion of an infrastructure package causes bond issuers to sit on their hands and wait for it to pass, and that would drive supply lower.”

Visual of the Week 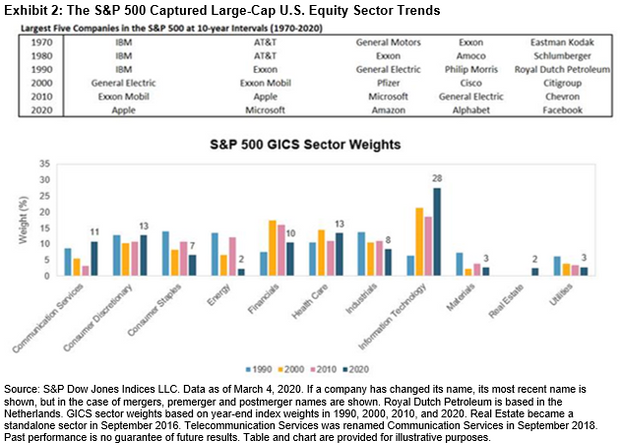 Happy 64th birthday, S&P 500! The visual above, a peek into history, is from S&P Dow Jones Indices.

MarketWatch has launched ETF Wrap, a weekly newsletter that brings you everything you need to know about the exchange-traded sector: new fund debuts, how to use ETFs to express an investing idea, regulations and industry changes, inflows and performance, and more. Sign up at this link to receive it right in your inbox every Thursday.

The View From Unretirement: Why life in your 70s may be better than you think

Key Words: The Federal Reserve needs to ‘shock and awe’ the market with one big rate hike ‘to restore its credibility,’ says hedge-fund star Bill Ackman