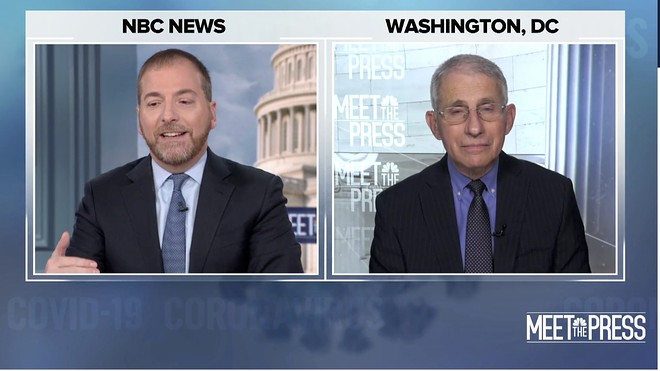 Dr. Anthony Fauci has urged Americans not to turn their nose up at the COVID-19 vaccine they’re offered, and said all three vaccines currently available to Americans are “highly efficacious” in the battle against the coronavirus pandemic.

The director of the National Institute of Allergy and Infectious Diseases said people should take the single-shot Johnson & Johnson JNJ, -2.64%  COVID-19 vaccine if that’s what they are offered. Speaking on NBC’s “Meet the Press” on Sunday, the veteran immunologist said, “If you look at the efficacy against severe disease, it’s greater than 85%, and there’s been no hospitalizations or deaths in multiple countries, even in countries that have the variants.”

People are not given a choice between vaccines, but have raised questions about the different efficacy rates. “Be careful when you try to parse this percent versus that percent,” Fauci added. “The only way you know one versus the other is if you compare them head-to-head, and they were not compared head-to-head. They were compared under different circumstances. All three of them are really quite good, and people should take the one that’s most available today.”

On Tuesday, the U.S. Food and Drug Administration released the results of its trial of the Johnson & Johnson coronavirus vaccine, and found the vaccine to be safe and effective. An FDA advisory committee vote 22-0 in favor of the regulator authorizing the vaccine on Friday. “I think people need to get vaccinated as quickly, and as expeditiously, possible,” Fauci said. “I would go to a place that had J&J. I would have no hesitancy whatsoever to take it.”

The single-dose J&J vaccine had an overall efficacy rate of about 66% in the Phase 3 clinical trial, and the U.S. arm of the trial showed an efficacy rate of about 72% and of 85% when protecting against severe or critical disease. Pfizer PFE, -0.98% and German partner BioNTech SE’s BNTX, -2.94% two-dose vaccine has showed 95% efficacy. Meanwhile, Moderna MRNA, +4.33%  said its two-dose vaccine was about 94% effective. 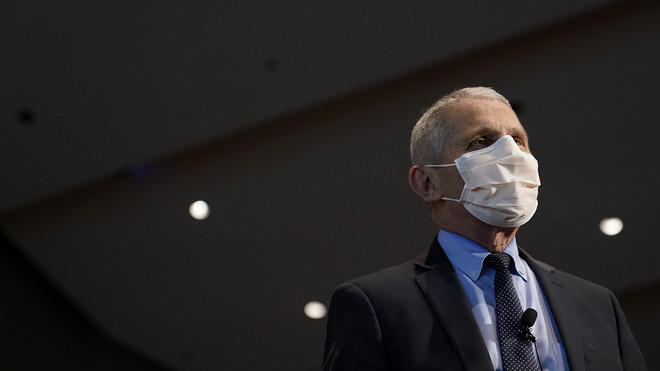 Dr. Anthony Fauci, director of the National Institute of Allergy and Infectious Diseases.

Fauci has repeatedly said that if the U.S. achieves 70% to 85% of the population vaccinated that would equate to good “herd immunity,” and the country should start to see a return to normality by the fall. That, of course, may depend on individuals’ age, circumstances and underlying conditions. “You now have three highly efficacious vaccines, for sure, there’s no doubt about that, particularly with the recent results from J&J,” the doctor said on Sunday.

Dr. Ashish Jha, dean of the Brown University School of Public Health, echoed Fauci’s sentiments in a conversation with NPR last week. “What I’ve been saying to my family is, as soon as the J&J vaccine is authorized, if that’s what you can get, you should get it as soon as it’s your turn in line,” he said, noting that the J&J vaccine was tested in different contexts to the other vaccines — the U.S., some Latin American countries and South Africa — which had different mutations.

“So that 66% number really represents an amalgamation of a variety of different clinical trials. Moderna and Pfizer were not tested in those circumstances,” Jha told the radio show “All Things Considered” on NPR. “And even if you just look at the U.S. data, the Johnson & Johnson number then starts getting much closer to the Moderna and Pfizer numbers.” He also pointed out that the J&J vaccine can be stored in most refrigerators.

Jha also pointed out some key advantages to the J&J vaccine’s authorization in the U.S. “The two-shot Pfizer vaccine is particularly hard to manage in, let’s say, rural settings, hard-to-reach places, doable, but harder. J&J vaccine — much, much easier on that front. There are also certain people who may just decide they would rather get a single shot than two shots and, you know, that may also influence who ends up getting what.”

: Mortgage rates rise to 3% as the Fed mulls a shift in policy: ‘Their path forward is quite uncertain’