Among the sectors, the auto index was up 2 percet led by Bajaj Auto which jumped over 7 percent. The two-wheeler manufacturer clocked its highest-ever standalone profit of Rs 1,556.3 crore in the December quarter, rising 23.4 percent compared to the year-ago period, driven by volume growth and operating performance.

Its revenue increased by 16.6 percent year-on-year to Rs 8,910 crore, which was also the highest for a quarter. Volumes grew by 9 percent YoY, driven by a 26 percent growth in motorcycle exports and an 8 percent increase in domestic volumes but the three-wheeler segment declined 36 percent year-on-year. 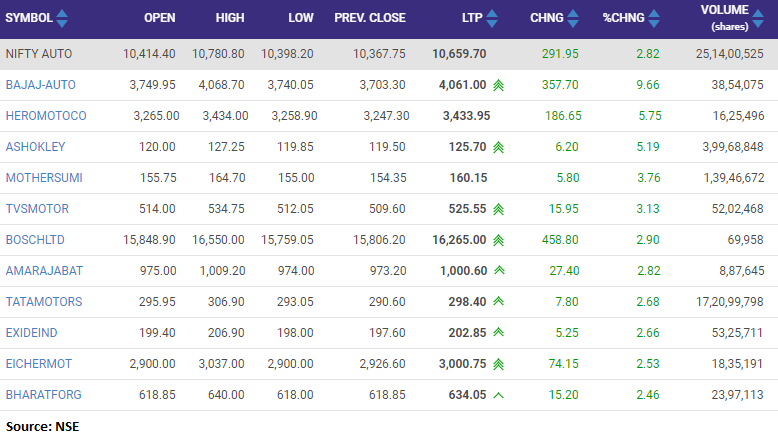 Automobile dealers’ body FADA said passenger vehicle retail sales in December witnessed a year-on-year increase of 23.99 percent to 2,71,249 units. According to the Federation of Automobile Dealers Associations (FADA), which collected vehicle registration data from 1,270 out of the 1,477 regional transport offices (RTOs), PV sales stood at 2,18,775 units in December 2019.