The Nifty50 hit a fresh record high amid positive global cues on January 21 but failed to hold on to the gains due to profit booking in the last hour of the trade. The index fell below 14,600 and formed a bearish candle that resembled a Dark Cloud Cover pattern on the daily charts. All sectoral indices ended in the red.

A Dark Cloud Cover is a bearish reversal pattern consisting of two candles. The red candlestick, which is January 21’s candle, opened above January 20’s green candle but profit-taking pushed the index below the midpoint of the candle. The confirmation will come if the Nifty forms another bearish candle on January 22.

Considering the volatility, short-term traders should remain neutral on the long side, Mazhar Mohammad, Chief Strategist–Technical Research & Trading Advisory at Chartviewindia.in told Moneycontrol. Intraday traders with a high-risk appetite can go short below 14,500 for a modest target of 14,400 with a stop above the intraday high, Mohammad said.

“The short-term reversal in the index shall be confirmed if the Nifty closes below 14,500 in next trading session,” Mohammad said.

Moreover, the 50,000-mark hit by the Sensex can be a huge psychological barrier that can prompt the investors to book profits by curbing upsides for a couple of sessions, he said. If the Nifty closes below 14,500, then the correction may get extended towards the recent lows of 14,200, Mohammad said.

The index closed the session with losses of 356.80 points or 1.10 percent at 32,186.90. It formed a Bearish Engulfing candle on the daily scale and in the process to form a Doji candle on the weekly scale, said Chandan Taparia, Vice President | Analyst-Derivatives at Motilal Oswal Financial Services.

Trade Spotlight | What should you do with Shriram Transport, Adani Power and Page Industries?

Trade Spotlight | What should you do with Bajaj Finance, Infosys, and LT Infotech stocks? 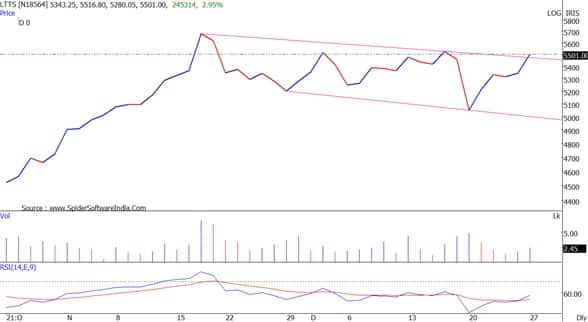 Hot Stocks | Gland Pharma, NIIT, LT Technologies Services can give up to 13% return in short term, here is why