GAIL (India) Ltd, the nation’s largest gas distribution firm, on Friday announced a Rs 1,046.35 crore share buyback programme as it looked to return surplus cash to shareholders, the biggest being the government of India. In a stock exchange filing, the company said its board has approved the buyback of 6.97 crore shares at a price of Rs 150 per share.

The shares being bought represent 1.55 per cent of the total number of fully paid-up equity shares. The company board also declared an interim dividend of 25 per cent (Rs 2.50 per share) for financial year 2020-21.

It stands to get Rs 583.6 crore from the dividend payout and another Rs 541.5 crore if it participates in the buyback by tendering a proportionate number of shares. The buyback plan of Rs 1,046.35 crore represents “2.5 per cent and 2.26 per cent of the aggregate of the fully paid-up equity share capital and free reserves of the company,” GAIL said in the filing.

The plan was within the statutory limits of 10 per cent, it said. The record date for buyback of equity shares as well as payment of the interim dividend will be January 28, GAIL said.

A buyback, also known as a share repurchase, is when a company buys its own outstanding shares to reduce the number of shares available in the open market. Companies buy back shares for a number of reasons, such as to increase the value of remaining shares available by reducing the supply or to return surplus cash to shareholders.

The government wants public sector undertakings to either meet their targets for capital expenditure or “reward the shareholder in the form of a dividend” or share buyback. The government, which holds 51.76 per cent of GAIL, is likely to participate in the GAIL buyback just as it did in the case of NTPC, Engineers India Ltd, RITES and KIOCL.

Finance Minister Nirmala Sitharaman had in her budget for 2020-21 set a target of raising Rs 2.1 lakh crore from privatisations and the sale of minority stakes in state-owned companies. The share buyback, as well as the dividend, is counted as part of this target.

According to the Department of Investment and Public Asset Management (DIPAM), the government has so far raised Rs 28,298.26 crore from disinvestment proceeds. This includes Rs 14,453.77 crore received as dividend from state-owned firms.

The remaining Rs 13,844.49 crore proceeds include Rs 1,065.37 crore from selling shares in NTPC share buyback. The government is likely to miss its disinvestment target by a wide margin and the fiscal deficit is not likely to be anywhere near the target of 3.5 per cent of the GDP in 2020-21 (April 2020 to March 2021).

While privatisation of firms such as Bharat Petroleum Corporation Ltd (BPCL) and Air India Ltd has been pushed into next fiscal due to COVID-19-related delays, tax collections have been hit hard as restrictions imposed to curb coronavirus dented incomes all around.

How to turn more first-time visitors into repeat customers 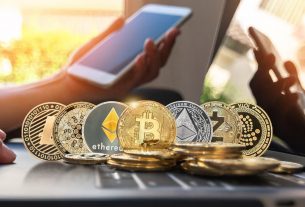