The Nifty50 extended its southward journey for the second consecutive session on July 26 and formed a bearish candle on the daily charts as traders were cautious ahead of the Federal Reserve meeting. The index has broken its 200-day exponential moving average (EMA – 16,520). If it fills the gap area created on July 20 (16,360-16,490) and decisively breaks 16,360 levels, then the selling may continue till 16,100-16,000, experts said.

All sectors participated in Tuesday’s correction with IT falling the most – 2.8 percent ahead of Fed’s commentary. Nifty Auto, FMCG, Pharma and Realty indices were down more than one percent each.

The pressure was more in broader space as the Nifty Midcap 100 index dropped 1.25 percent and Smallcap 100 index declined 1.5 percent on weak market breadth. Nearly three shares declined for every share rising on the NSE.

“Market participants seem to be nervous ahead of the major economic event and hence appear to have lightened up their positions as the index registered a robust bear candle. In this process, it not only closed below the 200-day EMA but also partly bridged the bearish gap registered on July 20,” Mazhar Mohammad, Founder & Chief Market Strategist at Chartviewindia said.

Also read – Gainers & Losers: 10 stocks that moved the most on July 26

Hence, in the next session, he said if the index fails to sustain above 16,359 levels, then technically the weakness shall extend further towards 16,100 levels.

However, the short-term trend will be influenced by the Fed’s decision.

Therefore, the market expert advised traders to focus on the larger trends and there can be some hope of recovery if the index manages to sustain above 16,000 levels post the Fed outcome.

Oscillators also indicated the sentiments are negative in the market ahead of big economic event as the RSI (relative strength index) fell below 60 levels, and Stochastic dropped below 80 levels.

Bank Nifty opened negative at 36,688.55 and slipped below 36,350 levels in the initial tick. It was accompanied by some rangebound move in the rest of the session and finally closed with losses of 318 points at 36,408.50.

The banking index formed a Bearish candle on daily scale and also there was Evening Star kind of pattern formation on the daily charts. Evening Star, a bearish candlestick pattern, is generally known for trend reversal. 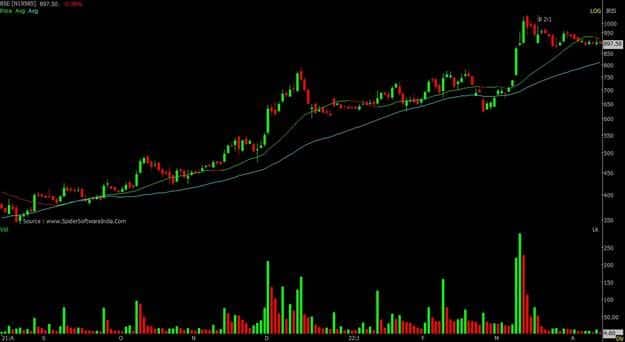 BSE, Gujarat Fluorochemicals, Trident turn multibaggers in last one year. What should investors do now?