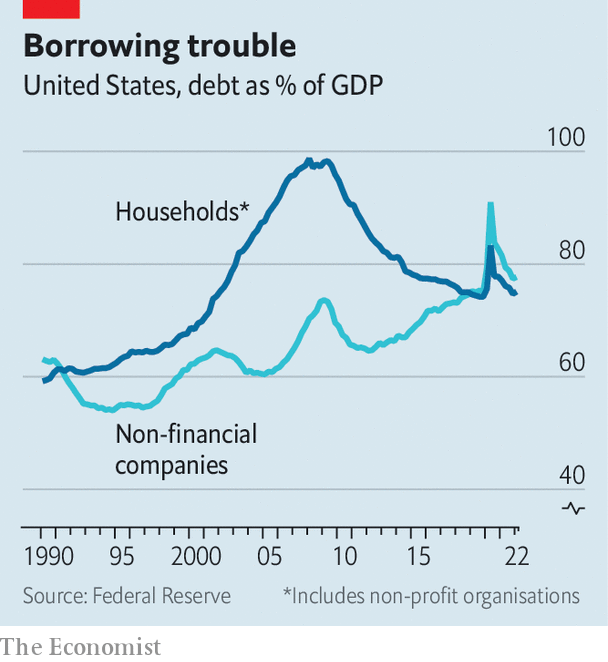 Welcome to the American corporate-debt market of 2022. Often the only risky bonds that are being issued are the legacy debts of a now ancient-seeming time—when interest rates were low and a recession was unthinkable. Elsewhere, the high-yield market has almost ground to a halt. A paltry $ 83bn of risky debt has been issued so far in 2022, 75% less than in the same period last year.

A sharp rise in interest rates in the first half of this year has cooled credit markets, wrong-footed investors and complicated bankers’ lives. In January Bank of America, Credit Suisse, Goldman Sachs and a handful of other banks agreed to finance a $ 15bn deal for two private-equity firms to buy Citrix, a software company. They promised to issue the riskiest $ 4bn of that debt at a maximum interest rate of 9%. At the time, the average yield on bonds with a credit rating of ccc, a speculative grade, was around 8%.

The Citrix deal is expected to close some time in July. If bankers cannot sell the debt below the interest-rate cap they will be on the hook for the difference. But the yield on ccc-rated bonds has soared above 14%, making it difficult for the banks to sell the debt to investors below the cap. “If the market is anything like it is today, those banks are going to lose hundreds of millions—and potentially a billion—dollars on this deal alone,” says Roberta Goss of Pretium, a debt-investment manager.

The stakes in aggregate are far higher. A steady decline in interest rates over the past 30 years encouraged companies to borrow record amounts. Now the cost of servicing and refinancing that debt mountain is climbing, profits are being dented by rising costs and inventories are piling up at some firms as demand slows. Does a corporate-debt meltdown loom?

America’s last big debt crisis, in 2007-09, was in housing. The stock of household debt relative to gdp had climbed sharply as lenders had aggressively issued mortgages and property prices had soared. When interest rates rose, borrowers began to default. Some 3m households were eventually foreclosed on in 2008. This time it seems far less likely that households will be the borrowers struggling. Lending standards have been tightened and debt levels have fallen. Household debt to gdp peaked at 99% in 2008 but has since tumbled to just 75%. By contrast, corporate debt as a share of gdp, at around 80%, has been at or near record highs during the past two years (see chart).

To understand where problems might arise, it is important to look across the many funding options available to firms and their owners. American companies owe around $ 12.5trn. Some $ 6.7trn of that is in bonds, mostly issued by large or mid-size public companies. An additional $ 1.3trn is loans from banks, and another $ 1.1trn is mortgage debt. The rest—over $ 3trn—is financing from non-banks, made up mostly of either private credit, typically loans made for private-equity buy-outs, or “syndicated” loans, which originate in banks but are split into pieces and sold to investors, or sometimes bundled into other debt securities.

The bond market, as the biggest source of debt, might seem like the natural place to go looking for trouble. But firms that issued bonds are “relative winners” of the rise in interest rates, says Eric Beinstein of JPMorgan Chase, because most bonds pay fixed coupons. Of the $ 5trn-worth of corporate bonds issued since the start of 2020 some 87% pay fixed coupons. And those coupon rates are at all-time lows. The average coupon on an investment-grade bond is just 3.6%—half the rate in the early 2000s and still below the level in 2019. That will insulate borrowers as rates rise.

These fixed-rate bonds are not due to mature soon, either. The riskier high-yield end of the bond market—the roughly $ 1.5trn owed by sub-investment-grade issuers, which tend to be smaller or heavily indebted companies—saw a wave of refinancing in 2020 and 2021. The result is that only a tiny $ 73bn-worth of high-yield bonds are due to mature in 2022 and 2023. The peak of risky-bond maturation will not come until 2029.

The impact of rising rates is likely to be much greater in the syndicated-loan and private-debt markets, which typically issue floating-rate debt (although some of that rate risk may have been hedged). They have also seen explosive growth. Between 2015 and 2021 the value of outstanding high-yield bonds grew a little, from around $ 1.3trn to $ 1.5trn. By contrast, syndicated loans grew from $ 900bn in 2015 to $ 1.4trn over the same period. Private credit was the runt in 2015, with just $ 500bn in assets under management. Now, with $ 1.1trn in assets, it rivals its other risky debt peers.

John Kline of New Mountain, a private-credit firm, argues that the growing market share of private credit is a reflection of the fact that it offers issuers price certainty and is “much easier to deal with” than slicing up a bank loan through a syndication process, or issuing a bond. He points out that the barbarian days of private-equity shops leveraging firms with 85% debt to total value are long gone. The average debt-to-value ratio for private-equity deals last year was closer to 50%.

Still, that ratio is less reassuring once you consider how far private-equity valuations might have fallen this year (the formal figures are revised infrequently, unlike public-market valuations). And with great growth seems to have come fresh risk. Compared with the profits of the firms they acquired, debt levels look much higher: equal to an average of six times gross operating profit, a little higher than the record set in 2019 or in any of the past 20 years. “Whenever a market grows quickly, there can be a sort of reckoning if the environment changes,” says Mr Beinstein. The challenge, he says, is getting hold of any details or data on private deals. In the bright lights of public markets it is easy enough to find evidence suggesting that companies are not facing an imminent crisis. The problem is that a chunk of the debt lurks in the shadows. ? 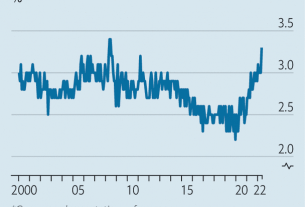 Is trading on America’s stockmarket fair?