The Nifty closed almost two percent higher on June 21 in its best session in three weeks on positive global cues and buying in beaten-down sectors such as metals and information technology.

The index closed 288.65 points, or, 1.9 percent, higher at 15,638.80, decisively breaking the upper-end of resistance (15,600) and forming a bullish candle on the daily charts. Positive global cues and buying in beaten-down sectors lifted the mood at Dalal Street.

A bullish candle is formed when the closing is higher than the opening level. The index extended gains for the second consecutive session.

The recovery of more than two percent after a sharp sell-off is on expected lines and can be called a pullback rally, as the market was looking oversold and sentiment indicators also suggested recovery, experts said.

“The Nifty seems to have embarked on a pullback rally…however, strong selling pressure can be expected as the Nifty heads towards 15,900 levels,” Mazhar Mohammad, Founder & Chief Market Strategist at Chartviewindia said.

On the downsides, the day’s bullish gap zone of 15,419 and 15,382 would act as support if this pullback has legs on the upside, Mazhar Mohammad said.

Sentiment indicator Stochastic showed a positive crossover and the relative strength index (RSI) some uptick, which suggests that sentiment is improving.

The healthy rally in broader space seems to be driven by value buying as well as short-covering. The Nifty midcap 100 and smallcap 100 gained around 3.5 percent each.

The volatility cooled down a bit more. India VIX, which measures the expected volatility in the market, fell 5.66 percent to 21.14 levels. 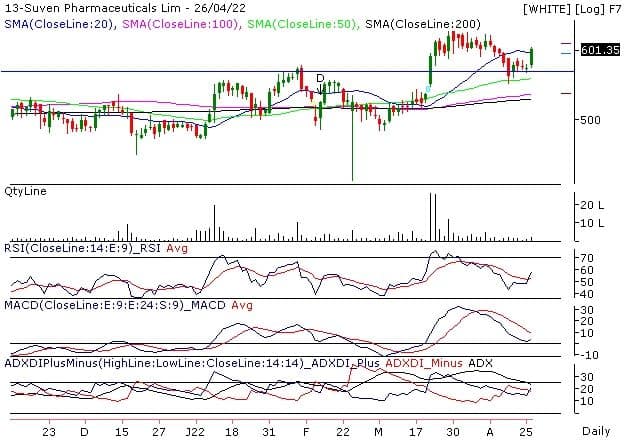