The Nifty index ended on a negative note for the sixth consecutive session in the extremely volatile session on June 17.

The index started the day on a negative note but soon erased the losses; however, it gyrated between gains and losses throughout the session before finishing below 15,300. The index formed a Doji kind of candle on a daily scale and a Bearish candle on the weekly frame.

“Going forward unless Nifty recovers and sustains above 15,360 levels, the trajectory of this market shall remain sideways with a negative bias. In case, if the index slips below 15,183 in the next session then the weakness shall extend towards 14,900 levels,” Mazhar Mohammad, Founder & Chief Market Strategist at Chartviewindia said.

However, as the Nifty has fallen around 1,500 points, from the highs of 16,793, in the last 10 days most of the momentum oscillators not only reached oversold levels but some are displaying positive divergence on the lower time frame charts.

Hence, the next session can belong to bulls but short-term traders are advised to wait for more stability before initiating a trade, Mazhar added.

Volatility is at its higher zones paving way for a downside move by the bears. India VIX was down by 0.49 percent from 22.86 to 22.75 level.

Bank Nifty opened negative and remained under pressure for the first half of the session followed by recovery in the latter part. It recovered to 32,900 zones and closed with gains of around 125 points.

It outperformed the broader market and was comparatively resilient to the Nifty index. It formed a Bullish candle on the daily scale with support-based buying at lower zones but formed a Bearish candle on a weekly frame.

Hot Stocks | Buy these two, sell one for short-term gains. Here#39;s why 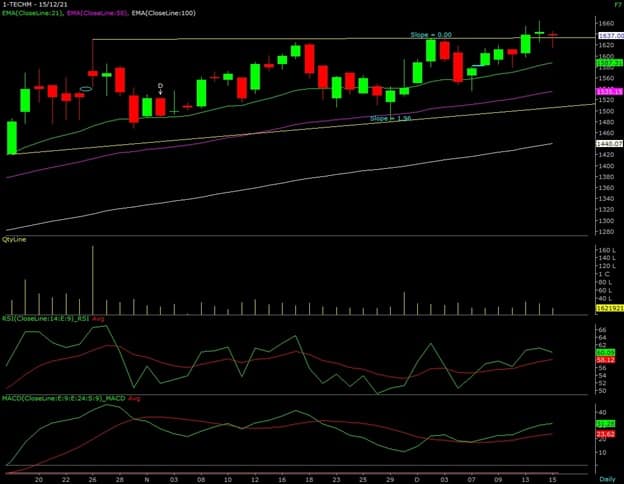 Hot Stocks | Here#39;s why you should bet on Tech Mahindra and Biocon for short term