The Nifty50 made two unsuccessful pullback attempts but succumbed to selling pressure to end lower for the third straight day on June 14, as investors remained cautious a day ahead of the Federal Reserve’s interest-rate decision.

The index formed a bullish candle, which resembled the Inverted Hammer pattern on the daily chart, as the closing was above the opening level.

An inverted hammer is a reversal pattern in which the index closes near its opening levels. It has a long upper shadow, small or no lower shadow, and a small body.

Generally, this is a reversal pattern and if the index sustains above 15,650, the possibility of a strong short-covering-led pullback can’t be ruled out, experts said.

“This intraday volatility, with a long upper shadow depicted as an Inverted Hammer kind of formation which yet times form around bottoms as traders will remain sceptical about the initial pullback attempts,” Mazhar Mohammad, Founder & Chief Market Strategist at Chartviewindia said.

There can be some short-covering led rally in the next session if the index stays above 15,650, he added. But as close below 15,650 can extend the downswing to 15,300 levels, the market expert said.

For the time, traders will be better off by being just spectators, as global markets may remain highly volatile ahead of the Federal Reserve event, he said.

India VIX was down 2.13 percent to 21.89. Volatility cooled a bit is still high, indicating that the trend still favoured bears.

The data suggests that the Nifty could trade in a broader range of 15,400 to 16,200 in the coming sessions.

The broader space was also under pressure, with the Nifty mdcap 100 and smallcap 100 indices declining 0.23 percent and 0.6 percent.

The index formed a small-bodied bullish candle which also resembled the Inverted Hammer pattern on the daily scale.

“It has been forming lower lows from the last ten sessions. Now, till it holds below 33,750 levels, further weakness could be seen towards 33,000 and 32,500, whereas hurdles are placed at 33,750 and 34,000 levels,” Chandan Taparia, Vice President | Analyst-Derivatives at Motilal Oswal Financial Services said. 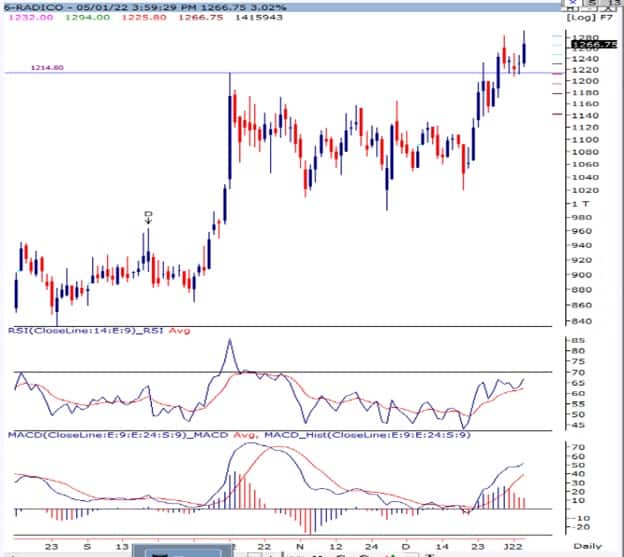