The Indian stock markets declined sharply, the rupee sank to a record low, and bond yields jumped. Benchmark index Sensex fell 2.68 percent and the 50-share Nifty plunged by 2.64 percent, the sharpest drop since early March. The yield on 10-year government bond climbed to highest since January 2019, hitting 7.602 percent. The rupee breached 78 to a dollar mark for the first time, ending trading at 78.03.

Why it’s important: Fears that the US Federal Reserve may follow a more aggressive path of policy rate hikes following high inflation rattled investors worldwide. More pain might be in store.

Retail inflation eases slightly on base effect, but still above tolerance level

India’s headline retail inflation slowed to 7.04 percent in May from an eight-year high of 7.8 percent in April. The rate of price rise remained above the upper tolerance limit of 6 percent the Reserve Bank of India. The base effect contributed to the May figure. Economists expect the central bank to continue to tighten monetary policy to tame prices.

Why it’s important: The moderation was largely due to lower fuel and food prices, but consumer price inflation will likely remain elevated.

Television and digital rights to beam Indian Premier League matches in the Indian subcontinent sold for an eye watering Rs 440.75 billion on the second day of the e-auction. Viacom18, owned by Reliance Industries, walked away with digital streaming rights for a steep Rs 50 crore per match over five years. DisneyStar won TV broadcast rights for Rs 57.5 crore for each match for a total of 410 matches.

Why it’s important: Broadcast giants have bet on the cricket tournament’s nationwide popularity and explosive internet adoption amongst the audience. Some critics said it will be difficult to recover the investment in the property by the winners.

Why it’s important: This is the largest dedicated corpus for the region by a risk investor. The venture capital firm is known for being an early backer of tech giants like Google, Apple, and WhatsApp.

About 63 percent of 3,080 employers said they will hire more in the coming September quarter, while 12 percent see decrease in hiring intent and 24 percent expect to keep workforce levels steady, according to the ManpowerGroup Employment Outlook Survey. This puts net employment outlook, the difference between firms looking to hire and those expecting a fall in headcount or hiring numbers, at 51 percent. Hiring sentiment has improved by 46 percentage points on an annualized basis.

Why it’s important: Job creation is likely to see a strong boost as employers report the most optimistic hiring outlook in eight years. Companies are looking to speed up post-pandemic recovery and sustain growth, despite rising prices.

The National Company Law Appellate Tribunal has turned down Amazon’s plea that challenged antitrust body Competition Commission of India’s order striking down its 2019 deal with the Future group for suppressing information while seeking regulatory approval. The deal involves Rs 14.31 billion investment by Amazon to buy 49 percent stake in Future Coupons.

Why it’s important: Amazon is likely to challenge the order in the Supreme court but its legal dispute with Future group to stop its selling retail assets to Reliance has now received a big setback.

The Employees’ Provident Fund Organization is likely to discuss raising its equity investment limit from 15 percent to 25 percent at its board meeting next month. The board could also take up administrative issues and hold further deliberations and finalization of the recommendations of the four sub-committees pertaining to establishment-related matters, futuristic implementation of the Social Security Code, building up digital capacities and pension-related issues of the EPFO.

Why it’s important: The proposal to raise equity investments could face resistance from trade unions because there’s no government guarantee on such investments. The organization would also require the finance ministry’s approval to alter its investment pattern.

Soaring power demand in the country is expected to ease for the next few days as the southwest monsoons makes its way, cooling temperatures. The India Meteorological Department in its weather update has said that temperatures are likely to fall of 2-3 degrees Celsius over northwest India during the next three days. It said conditions are favorable for further advance of the monsoon into Gujarat, Madhya Pradesh, Maharashtra, Karnataka, and Tamil Nadu during the next 48 hours.

Why it’s important: The unusually hot summer this year has seen unprecedented demand for electricity to keep fans, coolers and ACs running. Power utilities could now get some breather.

Authorities will allow India’s taxpayers to access the mutual agreement procedure for cross-border disputes even if they had settled the case under the direct tax dispute resolution scheme called Vivad se Vishwas without deviating from the outcome of the scheme, according to the Central Board of Direct Taxes.

Why it’s important: Non-resident taxpayers, who have opted for the resolution scheme, cannot avail the procedure on the same issue, tax authorities have clarified.

Mumbai-based Rustomjee Group firm Keystone Realtors has filed draft papers with the Securities and Exchange Board of India to raise up to Rs 850 crore through an initial public offering. The share sale comprises a fresh issue of Rs 700 crore and an offer for sale of up to Rs 150 crore by promoters and shareholders.

Why it’s important: The property developer has seen a sharp rebound in demand for its homes. However, it remains to be seen if it can successfully pull off an IPO in the current volatile market.

What should investors do with Divis Laboratories post Q4 results: buy, sell or hold? 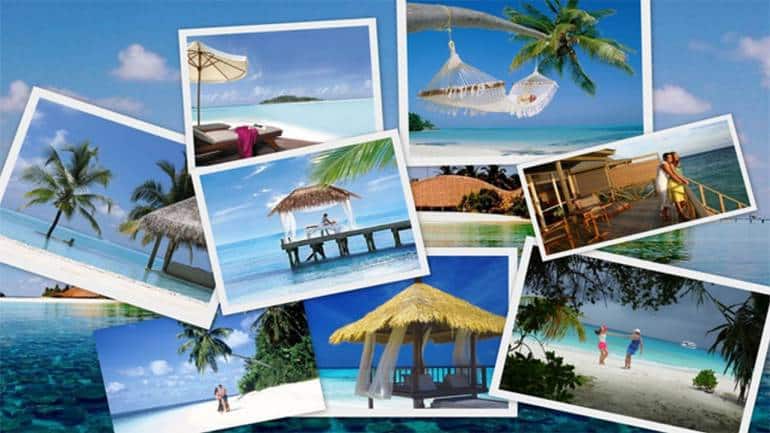 Easy Trip Planners â€“ making the most of revenge travel