Colleen Champagne, 65, a Dallas-based retiree, says she can’t bring herself to discover how her retirement accounts have performed lately.

“I can’t even look at my portfolio,” she told MarketWatch. “I have a pension from my work, I’ve started collecting Social Security, and I also have a pension from the VA. My late husband was a disabled veteran. As everything increases in price, my income is not increasing.” She recently paid $ 4.69 a gallon for gasoline, and she did not want to drive her car. “It’s all very scary at this point,” she said.

Champagne realizes she is more fortunate than most, but like millions of retirees, she is at the mercy of the increases in the cost of living on everything from car insurance to eggs and poultry, and the fall in stocks. “When the stock market goes down, so does my income,” she said. “I haven’t touched them. I’m literally ignoring it right now. I’m worried that when I need it, it’s not going to be here.”

After retiring in March 2021 from her job as senior education coordinator for the Department of Plastic at UT Southwestern, she took a part-time job as a sales assistant at a women’s clothing store at NorthPark mall in northeastern Dallas. The job pays $ 12 an hour. It doesn’t cover her $ 1,000 monthly mortgage payments on her townhouse, but it does help to pay for food and gas.

“I didn’t have to get the job, but I’m really glad I have it now,” Champagne said. “Once I retired, it was, ‘OK, now what?’ It was a huge change. The first couple of months after retiring, I started yoga classes, and watercolor classes. You have to stay busy. I walk every day just to get out of my head and try to stay healthy. Otherwise, it’s just nonstop worrying about what’s going on.”

A slew of recent polls reflect her financial concerns. Americans are feeling pessimistic about the economy and their own financial situations, rattled by soaring prices and a volatile stock market, a double-edged sword not helped by the specter of recession looming on the horizon. Fears of stagflation — rising unemployment and inflation and faltering economic growth — also persist.

Rattled confidence in the U.S. economy

A Wall Street Journal poll released Monday, conducted with NORC at the University of Chicago, said the percentage of Americans (35%) who feel dissatisfied with their finances is at the highest level since the NORC began asking that question in 1972. Only 27% said they feel better about their finances, down 20 percentage points from last year. (The poll of 1,071 adults was carried out in May.)

What’s more, the share of people who said their financial situation had actually worsened in the past few years reached 38%, making it the first time since the Great Recession that more than 33% of people told the pollsters that their finances had deteriorated in recent years. The bigger picture was no less gloomy: 83% described the economy as “poor” or “not so good.”

Bob Heaps, 73, is one of those people. He retired from his full-time job as a police officer in 2008 after 34 years, and worked part time until 2018. He moved to Peoria, Ill., from Denver in 2014. Although he is on a stable financial footing — he has a pension and Social Security, and his wife still works full time as a teacher — he too is pessimistic about the outlook for the U.S. economy.

Here’s one example: Heaps used to like to vacation in Longboat, Fla., near Sarasota, but he said the prices of the accommodation have more than tripled in recent years. “I feel for the people who are not as well off and who are without that security that are just being slammed left and right by the price of food and the price of gas — and you name it. What do those people do?” he asked.

He also laments the high price of real estate. Heaps could not afford to move back to Denver if he wanted to. He and his wife have about 25 years left on their mortgage, though his monthly payments are a modest $ 800. “I refinanced when rates were lower. They call me every week to know if I want to refinance. I feel like calling them back, and saying, ‘Are you nuts, or what?’” 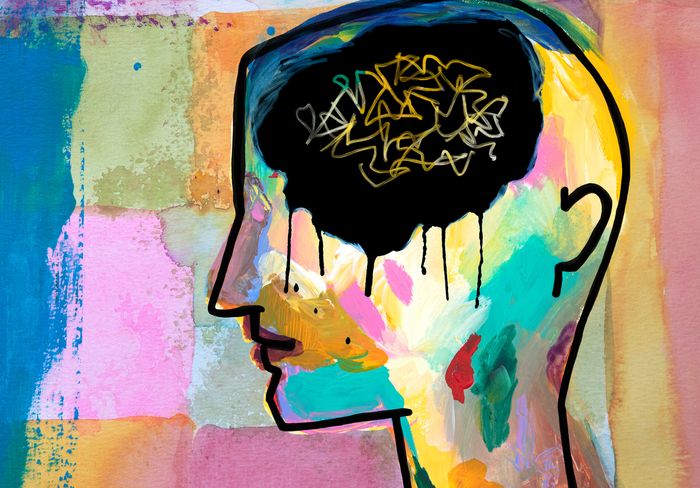 People are rattled by rising prices and a volatile stock market, a double-edged sword not helped by the specter of recession looming on the horizon.

Lawmakers on both sides of the aisle bear the responsibility for the rise in the cost of living, he said. “Politics has a lot to do with it,” Heaps told MarketWatch. “The people we elect should be forced to work together on things. We did not elect them to be a 50/50 legislature. We look to our leaders to try to solve those problems, and I don’t think they’re doing a very good job.”

Another poll, Gallup’s latest Economic Confidence Index, conducted among 1,007 adults last month, hovered at -45 in May, down from a slightly better score of -39 for the previous two months, but May marked the lowest reading during the COVID-19 pandemic, and likely the lowest confidence has been since the last days of the Great Recession in early 2009.

The index is a summary measure of both Americans’ perceptions of the current economic conditions and their outlook for and confidence in the U.S. economy. It has a theoretical range of +100, if all respondents say the economy is excellent or good and that it is getting better, to -100, if all those surveyed say it is poor and getting worse.

The latest results were conducted at a time of “record-high gas prices, elevated inflation, government reports of declining economic growth in the first quarter, and a slumping stock market,” Gallup said. “Low unemployment is a rare bright spot, but employers are still struggling to find workers to fill needed jobs, which is contributing to ongoing supply-chain problems.”

Champagne has witnessed that need for workers at the clothing store where she works in Dallas. “Like most places, they can’t find enough help. There’s nobody who seems to want to work right now. A couple of weeks ago, we had two people who had COVID. We all work extra to help out. If one little cog falls, the rest of us have to pick it up. We had to close the store early because there wasn’t enough staff.”

Those high prices may be here to stay

A third CBS News/You Gov poll released in the past week came to a similar conclusion: Some 77% of people said they were most pessimistic about the cost of goods and services (versus 70% in September), followed by the U.S. economy (68% versus 58% in September) and the current state of the stock market (67% versus 49% in September), the survey revealed.

Some 63% described the state of the country as “uneasy” and “worrying,” the survey of 2,041 adults conducted last month concluded. Some 69% of people said the economy was “bad” compared to just 46% who said the same thing in April 2021. Pointing their finger at the White House, 65% said that President Joe Biden was slow to react to issues, while only 35% said he addresses things the right way.

Other observers have criticized the U.S. Federal Reserve, saying it did not anticipate and/or respond quickly enough to rising inflation, attributed at least in part to supply-chain issues related to the pandemic. “Why did they delay their response?” former Fed Chair Ben Bernanke told CNBC’s “Squawk Box” last month. “I think in retrospect, yes, it was a mistake.”

“‘The people we elect should be forced to work together on things.‘”

Champagne, meanwhile, doesn’t worry so much about running out of money “so much as how to stretch the money I have.” In addition to HOA fees and property taxes, she must pay $ 2,800 a year in homeowner’s insurance for her 1,700 square-foot property, located in a development with 400 other units. The threat of storms and hurricanes, she says, keep rates high.

Rising prices put extra pressure on those living on a fixed income. One possible solution: Champagne may leave Texas for Michigan, where she has family. Alas, she suspects those high prices are here to stay, but has more confidence that the stock market will eventually recover. “I’m hoping that will come back just like everything else, but how long is that going to take?”

She can at least shop judiciously, free from the worst supply-chain problems. “The grocery stores in Dallas are pretty well stocked. I talked to someone in Michigan, and she said you can’t find so many things in grocery stores there. It’s so random,” she said. “I really am thankful that I live alone right now so I can buy groceries for one person. I can’t imagine if I had a house full of people and I had to feed them.”

The Human Cost is a new MarketWatch column looking at the toll economic, social and political events have taken on people’s lives. Read other columns:

‘You only live once, man. I think it’s time to really embrace what we have’: Americans get ready for a summer of red-hot inflation

‘I’m very outspoken about my desire to never work in an office again’: CEOs and employees are locked in a battle of wills over when they return to the office

: Housing keeps getting more expensive. Is there relief in sight?

: 70% of people don’t save money for future healthcare costs — do you?

The Big Move: ‘We live 5 minutes from our in-laws who have a larger home’: Is it a good idea to swap houses? Will I end up with a surprise tax bill?