The report authored by the Center for Law and Social Policy (CLASP) and the National Consumer Law Center (NCLC) comes on the heels of President Joe Biden considering canceling $ 10,000 per borrower in student loans, in an effort to address the ballooning debt levels.

“The student debt crisis is particularly dire for Black borrowers,” the authors of the report stated.

Black students are more likely to take on student loans than white students, and also carry the highest levels of student debt across demographics, they added. They also earn less in the workforce than white peers, “making it even harder for these borrowers to escape from the burden of student loan debt,” they wrote.

‘Education system has not served as a great equalizer’

The two groups pushed Biden to cancel student-loan debt broadly for all borrowers, without any income caps, to extend the payment pause, on top of reforms in the consumer protection and repayment space. 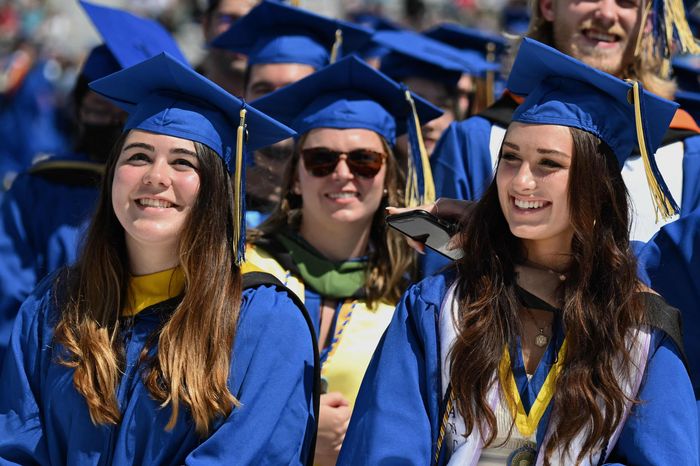 Outstanding student-loan debt currently held by Americans totaled $ 1.59 trillion as of the first quarter of 2022, according to the New York Federal Reserve.

There is a white-to-Black per capita wealth gap of 6 to 1, according to a separate paper released earlier this week by economists at the University of Bonn and Princeton University. “It is also among the most persistent,” the authors concluded. Using U.S. Census Bureau data and early state tax records, they found that the racial wealth gap has been widening for the last 160 years.

Outstanding student-loan debt currently held by Americans totaled $ 1.59 trillion as of the first quarter of 2022, according to the New York Federal Reserve.

One lawmaker who played a key role in pushing the president to consider debt forgiveness says that canceling debt addresses some of the longstanding issues Black borrowers face in education.

“Democrats win when we deliver, and we have to deliver in ways that are impactful, tangible, and transformative, like canceling student debt,” Congresswoman Ayanna Pressley (D-Mass.) told Yahoo Finance previously. “This is good policy, and it is also good politics.” 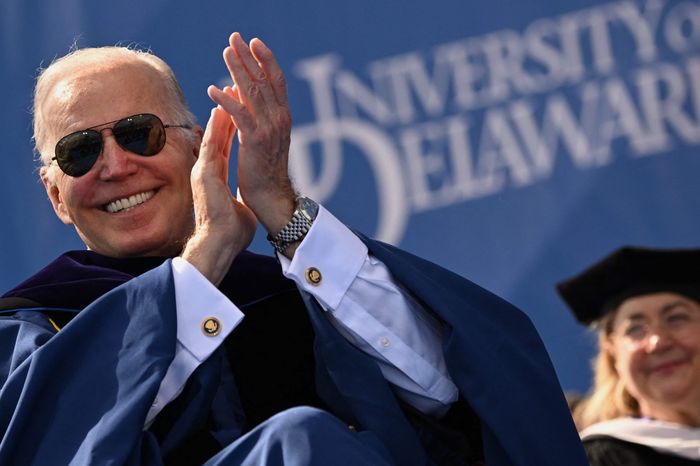 President Joe Biden is considering canceling federal student-loan debt by as much as $ 10,000 per borrower.

Payments on federal student loans are currently paused through Aug. 31, 2022.

According to the report, Black borrowers are not just more likely to miss student-loan payments, they’re also more likely to fall into delinquency and to default on their loans.

Black parents also bear a high cost, having taken out Parent PLUS loans.

According to a report by the Texas Public Policy Foundation, the top school that left students with the highest median PLUS loan balance was a historically black college — Spelman College. The Wall Street Journal reported similar findings.

“Spelman College is painfully aware that our families are saddled with debt,” Mary Schmidt Campbell, president of Spelman College, told MarketWatch.  “To help lower that burden, Spelman’s highest priority has been to raise more scholarship dollars and enhance affordability. We have made significant strides and intend to keep the support of our students our number one priority.”

Not all agree that broad-based cancellation would close the racial-wealth gap.

Across-the-board forgiveness is a “costly and ineffective way to reduce economic gaps by race or socioeconomic status,” Adam Looney, a senior fellow at Brookings Institution wrote in a blog post in January.

“The persistence of the Black-white wealth gap is disturbing and deserves addressing,” Looney added. He added, “There are better, more effective, and more progressive ways to reduce racial wealth gaps.”

“Hasty political gambles like blanket student-loan cancellation are not worth undercutting our ability to provide educational opportunities to those who otherwise would not have them,” Education and Labor Committee Republican Leader Virginia Foxx from North Carolina told MarketWatch.

“While the president is pandering to radical progressives’ demands, he is alienating the two thirds of Americans without baccalaureate degrees by proposing this enormous transfer of wealth,” she added.

“If his goal is to have low-income Americans subsidize privileged college graduates and the upper class, President Biden will meet that mark if he moves forward with this disastrous policy.”

: In its 50 years, Walt Disney World has evolved from a $3.50-a-ticket amusement park to a ‘luxury-priced destination’

Outside the Box: 3 surprising money traps that can drain a retiree’s savings

Best New Ideas in Money: How to ‘self-nudge’ yourself to make better money and life decisions