“We are cautious on the markets in the short term but positive in the medium to long term. We aren’t expecting a big upmove in the second half of 2022,” Srinivas Rao Ravuri, chief investment officer at PGIM India Mutual Fund, said in an interview to Moneycontrol.

He further said the persistence of high inflation and its implications on interest rates and the overall economy is a key monitorable.

Ravuri, with more than 24 years of experience, believes the Reserve Bank of India (RBI) is moving in the right direction – while focusing on growth is very important from a medium to long term point of view, protecting the economy from a surge in inflation and its consequences is paramount.

We have seen the first pandemic in 100 years, US inflation at 40 year high and first invasion in Europe after 75 years. Do you think the worst is over for global markets which will get ready for the next leg of big upmove in the second half of 2022?

While it is true that we have seen three black swan type of events in a short period, hopefully, we will not see another such event soon. But the persistence of high inflation and its implications on interest rates and the overall economy is a key monitorable.

We are cautious in the short term but positive in the medium to long term. We aren’t expecting a big upmove in markets in the second half of 2022.

Where do you see the value in terms of sectors in current consolidation that the market has been seeing for more than 8 months now?

A lot has changed in the last eight months; the most notable ones are a) tightening of liquidity aimed at controlling inflation, b) impact of the Ukraine war. We have started seeing earning downgrades for FY23 as input prices remain high and there are concerns on demand. We see value in financials, IT, and pharma sectors.

Is there any possibility of bigger risk for the economy as well as market from the current wave of COVID cases?

We don’t see COVID as a big risk to the economy or market as the country has done a fantastic job on vaccination and the benefit of herd immunity and milder variants. Cases may increase, but the fatality rate is low, and the chances of imposing lockdowns are very remote.

What is the message you get from the monetary policy of RBI that hiked repo rate for second time this year?

RBI’s message is clear – its focus has shifted from growth to controlling inflation and withdrawn its accommodative stance. As a result, we are likely to see interest rates rising in the near term.

We believe RBI is moving in the right direction – while focusing on growth is very important from a medium to long-term point of view, protecting the economy from a surge in inflation and its consequences is paramount.

One sector that outperform every other sector in last two months is auto. What are your thoughts and do you think the sector is in a recovery mode now?

We are positive on the auto sector as there are multiple tailwinds for the industry in the coming quarters. The last three years were a washout for the industry for various reasons, and now they are hoping to go back to FY19 levels in terms of volume.

Information technology remains the biggest loser in current calendar year followed by small recovery in last few days. Should one start buying the space after more than 21 percent correction in the space in 2022 so far or the worst is yet to be over for the sector?

While the demand outlook remains fairly robust for IT companies, concerns are on a) margin pressure b) valuations. Some IT companies, especially midcap IT companies valuations became fairly rich as the street started extrapolating current high earnings growth.

So, correction in these names is welcome. We are more positive on large-cap IT companies.

Trade Spotlight: What should investors do with PNB Gilts, Rupa Co., Capri Global? 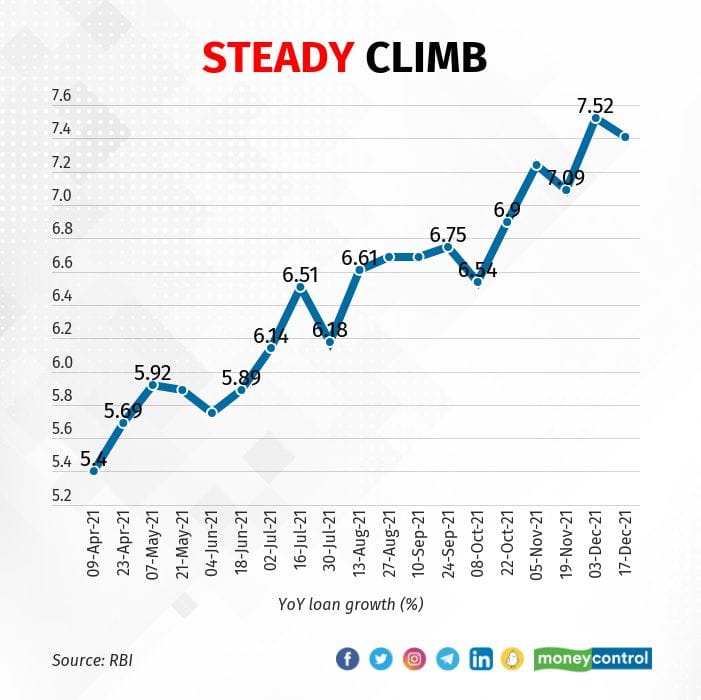 Will a good Q3 show by banks mean a great FY22?

DAILY VOICE | Tech based IPOs which may look expensive today could turn out to be wealth creators in 5-10 years: Jyoti Roy of Angel Broking