Nobel laureate economist Robert Shiller sees a “good chance” of a US recession that’s at least in part the result of a “self-fulfilling prophecy” as investors, companies and consumers grow increasingly worried about a downturn.

Concern about a potential contraction has mounted recently as inflation accelerated and the Federal Reserve stepped up efforts to control it. A number of corporate chieftains have sounded the alarm and stock prices have slumped. And an increasing number of US households say the economy is headed in the wrong direction. That all could lead consumers and companies to turn more cautious, planting the seeds of a downturn.

US consumer sentiment plunged to the lowest level in a decade last month. A preliminary reading for June is due out on Friday. Shiller puts the chances of a recession sometime over the next couple of years at a “much higher than normal” 50%. 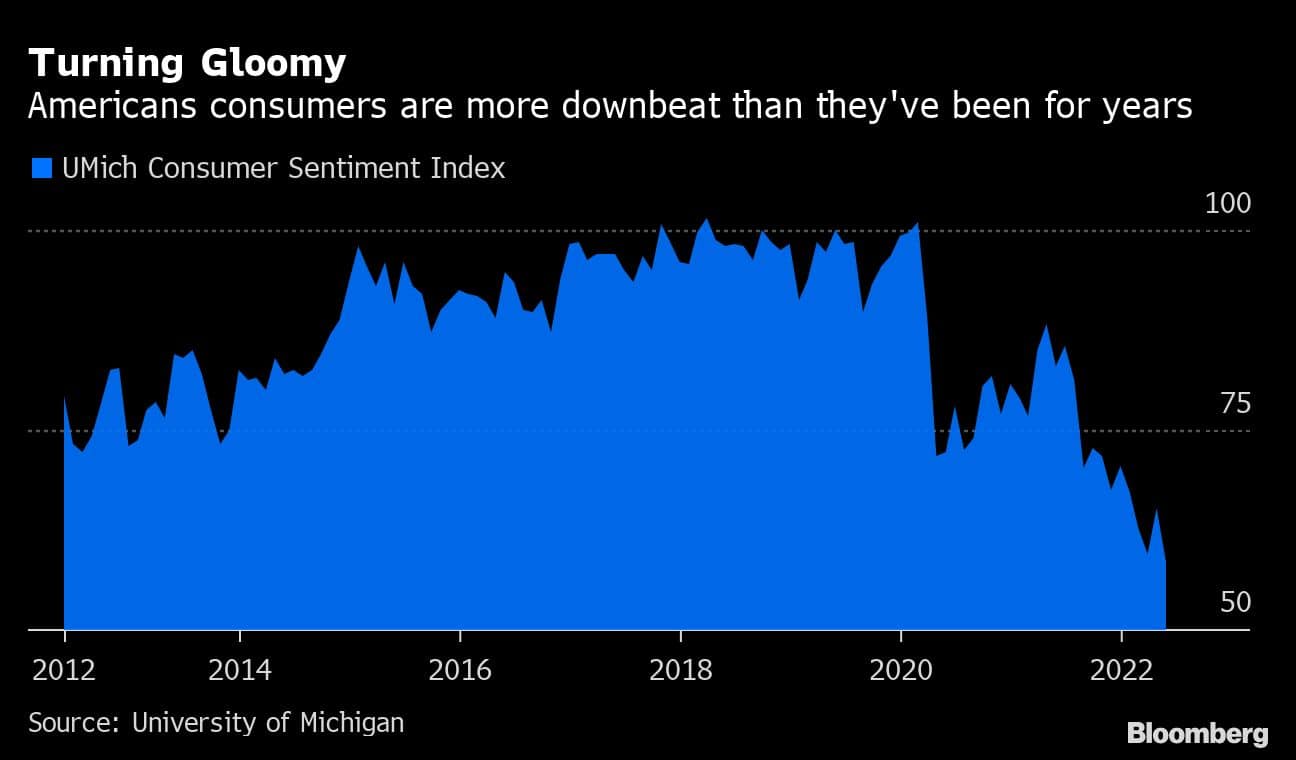 An important part of the developing narrative involves the Fed raising interest rates and setting out a strategy for doing more, Shiller said in a telephone interview.

Fed Chair Jerome Powell and his colleagues are widely expected to lift rates by a half percentage point when they meet next week. They’ll also issue an update of their projections for the economy and interest rates.

Shiller said the prospect of a higher path for rates could initially lead to a rush of home purchases, as buyers try to lock in mortgage rates before they rise further. But as the property market buckles, that could stir memories of the last time it happened, he said.

“The idea that we’re in a housing bubble is not so much talked about yet,” the Nobel laureate said. “But it’s starting to come back.”

Shiller also said that Americans are more likely to succumb to a self-fulfilling prophecy of a downturn right now because the country is collectively suffering “post-traumatic stress disorder” from the pandemic. More than 1 million Americans have lost their lives to Covid-19.

The “very stark” polarization of society –- with opposing political camps increasingly seeing the other as evil -– also increases the risk of fear driving reality, according to Shiller.

Political strategists in President Joe Biden’s Democratic Party have complained that the economic gloom is overdone given the strength of the job market, which some economists reckon is the tightest it’s ever been.

But Shiller said that rising inflation has more of an impact on Americans’ psyche than the state of the labor market.

“Inflation affects everyone,” he said. “Every time they go to the store they see inflation and it makes them angry.”