A little pre-summer cheer finally filtered its way into the stock market the week before Memorial Day, but it will likely take more than the Dow Jones Industrial Average’s first winning week since late March to convince rattled investors that the pain is in the past. 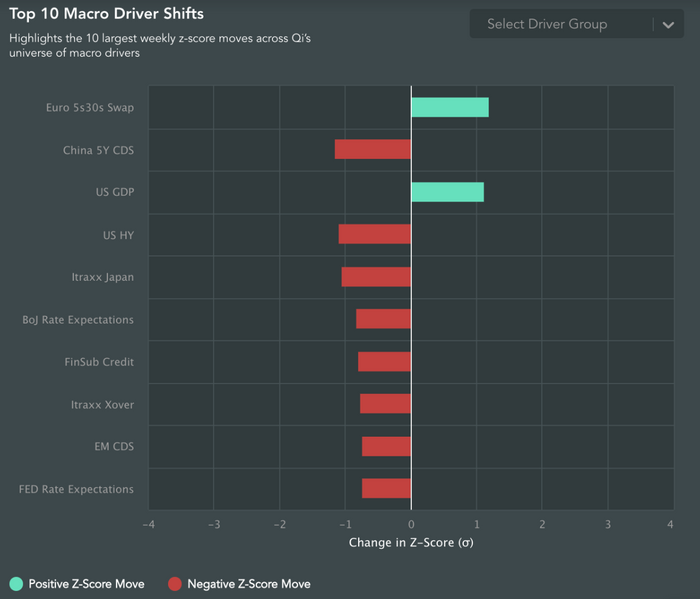 That gave some breathing room for a bounce. Quant Insight’s model showed the S&P 500 had sunk below fair value but is now right in line with the metric.

The S&P 500 SPX, +2.47% had narrowly averted a close in bear-market territory on May 19 after hitting a session low more than 20% below its Jan. 3 record close. It then rose 6.6% over the past week, ending Friday 13.3% below its early January peak as it snapped a streak of seven straight weekly declines.

The Nasdaq Composite COMP, +3.33%, which remains solidly in bear-market territory, also broke a run of seven weekly falls, rising 6.8%. The Dow’s DJIA, +1.76% matching 6.8% rise marked the end of an eight-week run of losing weeks, its longest since 1932.

Kevin Dempter, an analyst at Renaissance Macro Research, also pointed to a handful of positive factors, including a significant pullback by the U.S. dollar, deeply oversold technical conditions and extremely bearish sentiment, while some stocks, such as that of Nvidia Corp. NVDA, +5.38%, managed to reverse to the upside despite bad news.

Opinion: The S&P 500 may be finding a short-term bottom — but the intermediate worries remain

Neither Noorani nor Dempter were prepared to call a market bottom, however. And there was no shortage of outright bearish expectations. Michael Burry, the founder of Scion Asset Management, rose to fame after anticipating the collapse of the U.S. housing market as chronicled in the Michael Lewis book “The Big Short,” in a since-deleted tweet implied parallels with the 2008 market collapse.

In a fresh Friday tweet, he mused about the prospects of a consumer-led recession:

That echoes the fears that were raised earlier in May as retailers Target TGT, +2.41% and Walmart WMT, +1.97% reported disappointing earnings, triggering a deepening of the stock-market selloff on worries that inflation pressures were beginning to hit corporate bottom lines.

A further pullback in real yields could allow stocks to rise further in the near term, Noorani said, but he argued that it’s unlikely yields have peaked.

After all, while data, including Friday’s reading of the core personal consumption expenditure index, the Fed’s preferred inflation indicator, shows inflation is slowing, the job of getting price pressures back under control is far from done, he argued.

That leaves uncertainty about how high the federal funds rate, currently at 0.75% to 1%, will ultimately go. Market pricing points to a so-called terminal rate between 2.5% and 3%, but anything that hints it will be higher than that will rattle investors, he said.

The single most important driver for yields “is going to be Fed policy,” he said, observing that central bankers “have been spooked by inflation at these historically high numbers.” Even if it’s painful for the real economy, “they have to hit the brakes pretty hard and get those numbers lower.”

While the S&P 500 hasn’t technically confirmed that it’s in a bear market, many market watchers view that as a mere formality, observing that stocks have been exhibiting bearlike behavior for much of the 2022 selloff.

Dempter, in a Friday note, played down the consumer discretionary sector’s sharp outperformance of the rest of the market in the previous session, acknowledging that, historically, discretionary sees sharp improvement in relative performance about a month before growth troughs. The move was likely an oversold bounce rather than a bottom, he argued, explaining that RenMac would be more optimistic “if growth were weaker, and inflation had peaked.”

“History suggests that both growth and inflation need to weaken further before a bottom occurs,” he said, noting that the energy sector’s continued outperformance of healthcare suggests that inflation has yet to peak.

“We’ll be watching next week’s ISM [manufacturing index] number, as a weak reading may shift the market-cycle clock closer to a more favorable zone for a bottom,” he said.

Robert Powell's Retirement Portfolio: Mistakes retirees make and how to avoid them

The Margin: Why this ‘worthless’ baseball card just sold for $72,500