Shell is in talks with a consortium of Indian energy companies to sell its stake in a major liquefied natural gas plant in Russia which the British company abandoned following Moscow’s invasion of Ukraine, three sources told Reuters.

The consortium’s potential interest in the Russian plant shows how India is willing to move in on energy assets and cheap oil supplies coming on the market as a result of Western companies pulling back from Russia.

Shell in February said it would exit all its Russian operations, including its 27.5 percent stake in the Sakhalin-2 LNG plant on Russia’s eastern flank, amid an exodus of Western companies from the country.

The world’s largest liquefied natural gas trader wrote down $ 3.9 billion on Russian assets after its decision to leave.

The company has recently entered talks with a group of Indian companies, including ONGC Videsh and Gail to acquire the stake, the sources said.

Shell declined to comment. ONGC, Gail and other state-run Indian companies did not respond to Reuters’ request for comment.

Shell is also asking the Indian group for separate bids for long-term deals it has with Sakhalin 2 to supply it with LNG cargoes and crude oil, two of the sources said.

It was unclear if the talks between Shell and the Indian consortium will lead to a deal, whose value remains unclear after Shell took the writedown on its Russian assets.

Shell is currently not in talks with other companies, including Chinese energy groups, on selling the Sakhalin-2 stake, one of the sources said.

Sakhalin-2 is controlled and operated by Russian gas company Gazprom. Other stakeholders in the project include Japan’s Mitsui & Co and Mitsubishi Corp.

Shell earlier this month agreed to sell its Russian retail and lubricants businesses to Lukoil. 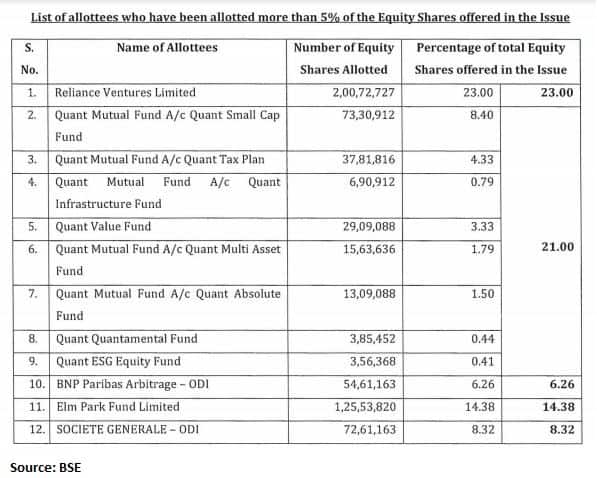 HFCL shares trade in the red, RIL raises stake to 5% through QIP route