The market breadth was in favour of bears as four-and-half shares declined for every share rising on the NSE.

The Nifty50 on May 11 failed to hold on to the early rebound and traded lower for a major part of the session amid volatility, continuing the downtrend for the fourth consecutive session. Auto, technology, and FMCG stocks were under pressure.

The index smartly defended the psychological 16,000 mark and recouped more than 170 points from the day’s low to form a bearish candle which resembles the Hammer kind of pattern on the daily charts.

The Hammer is a bullish reversal pattern formed after a decline. It consists of no upper shadow, a small body, and a long lower shadow. The long lower shadow signifies the stock bounced back after testing its support, where demand is located.

Experts say generally such pattern formation is an indication of some kind of pullback rally but only if the coming session closes on a strongly positive note.

The volatility index climbed above 24 levels, giving comfort to bears. Hence, it has to fall below the 20 mark to have a stable market, going forward. India VIX was up by 2.24 percent to close at 22.80 levels.

“Despite remaining choppy throughout the trading session, this counter managed to recoil a substantial part of the intraday losses which resulted in a Hammer kind of formation. This kind of formation shall have bullish connotations provided it is followed by a positive close in the next trading session,” Mazhar Mohammad, Founder & Chief Market Strategist at Chartviewindia said.

Moreover, twin momentum oscillators, whose accuracy is higher around short-term turning points, are in buy mode. Hence, “we continue to look for a pullback trade, which if materialises, shall initially take the indices towards 16,650 levels,” the market analyst said.

Contrary to this, the market expert said a close below 16,000 levels shall eventually lead to the retest of March lows present at around 15,670 levels.

For the time being, he advised traders to remain neutral and wait for some signs of strength before playing for a pullback trade.

After the consistent selling pressure in the market, the trading range for the Nifty50 as per option data has shifted further lower to 15,800-16,500 levels for coming sessions, from 16,000-16,500 levels earlier.

Bank Nifty opened positive at 34,686.30 and was showing relative strength for the entire session. It crossed its previous day’s high levels with strength in selective private banks and closed at 34,693 with gains of 210 points.

The banking index formed a long-legged Doji candle on the daily frame and has been forming higher highs since the last two sessions. “Now, it has to hold above 34,500 levels to make an up move towards 35,000 and 35,250 levels while support is placed at 34,250 followed by 34,000,” said Chandan Taparia, Vice President | Analyst-Derivatives at Motilal Oswal Financial Services.

The market breadth was in favour of bears as four-and-half shares declined for every share rising on the NSE. The Nifty Midcap 100 index fell 0.4 percent and Smallcap 100 index hit quite hard, down nearly 3 percent. 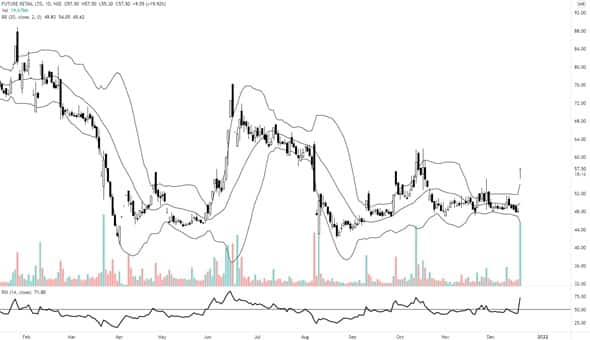 Trade Spotlight | What should you do with Future Retail, Cipla, Bajaj Finance, and SBI now? 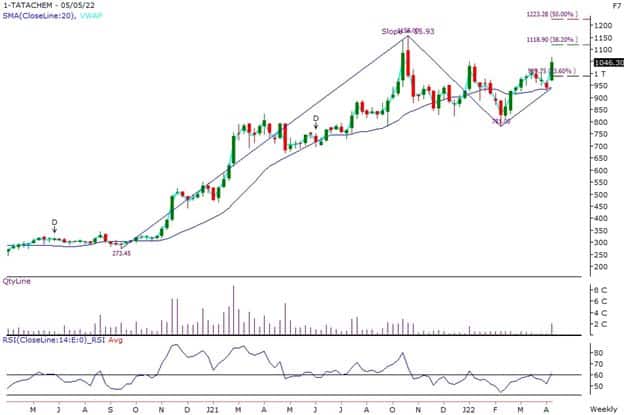