The Nifty made yet another attempt at a pullback and climbed above 16,400 intraday but failed to hold on due to selling pressure in the last hour of the trade on May 10 to end in the red yet again.

The index formed a small-bodied bearish candle, which resembled Inverted Hammer pattern on the daily chart. Experts said a pullback rally could be possible in coming sessions if such formations occur consistently.

An Inverted Hammer is a reversal pattern in which the index closes near its opening levels. It has a long upper shadow, small or no lower shadow, and a small body.

Usually after a big correction, the initial pullback attempt will be sold-off due to a lack of conviction about the sustainability of the pullback move, Mazhar Mohammad, Founder & Chief Market Strategist at Chartviewindia said. Hence, “such formations will eventually pave the way for a pullback rally”, he said.

Moreover, twin momentum oscillators generated a buy signal. Therefore, the Nifty could consolidate around 16,140 with a positive bias, Mohammad said.

In case of a pullback attempt, initial targets will be in the zone of 16,484 and 16,651, he said. Positional traders with high risk-taking ability can create fresh longs and look for a target of 16,550 by placing a stop-loss below 16,100, the market expert said.

Volatility inched up and remained above the crucial 22 level, pointing to volatile swings ahead. India VIX, which measures the expected volatility in the market, rose 1.22 percent to 22.30.

The bears reigned on the broader space as well, as the market breadth was very weak. The Nifty midcap 100 and smallcap 100 indices fell 1.9 percent and 2.2 percent, respectively, as more than four shares declined for every share rising on the NSE.

Metal was the biggest loser among sectors, falling 5 percent, followed by IT, pharma, PSU banks and select auto stocks

The Bank Nifty started off moderately lower at 34,181 but gained strength to hit the day’s high of 34,782 in the last hour of trade. The index settled at 34,483, up 207 points from the previous day and formed a bullish candle on the daily charts.

“The Bank Nifty has support at 33,900 levels, while resistance is expected to be at 35,000 levels,” Sumeet Bagadia, Executive Director at Choice Broking said. 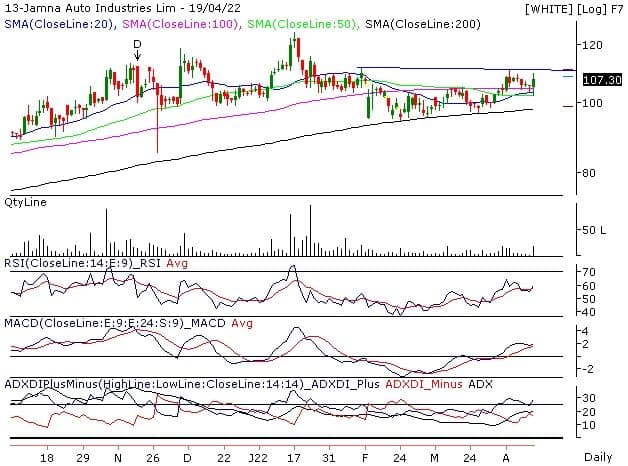 Hot Stocks | Here#39;s why Jash Engineering, Southern Petrochemical, Jamna Auto can give up to 21% return in short term

Trade Spotlight | What should you do with Indiabulls Housing Finance, Skipper, Man Industries on Friday?

Trade Spotlight | What should you do with Schneider Electric, RHI Magnesita, JSW Energy, Info Edge