John Burke, the president and CEO of Trek Bicycle, believes an active role that any business takes to slow global warming is good for the bottom line, even if upfront costs only create a benefit somewhere down the road.

He is, after all, in a business that views cycling not only as a way to directly connect with an Earth that deserves saving, but a legitimate competitor to autos for many uses, especially as electric bikes take off.

In truth, Burke believes the real bottom line is this: unlivable Earth, no humanity, no business, period.

“If you play the long game, if we don’t address the climate issue, we don’t exist. I think, from a business standpoint, people have too short a view,” said Burke, who has worked for Trek, a $ 1 billion-plus global privately-owned bike manufacturer with Wisconsin roots, since 1984. He’s been its president since 1997.

Read: What is Earth Day? Why celebrating it matters to your money and your health 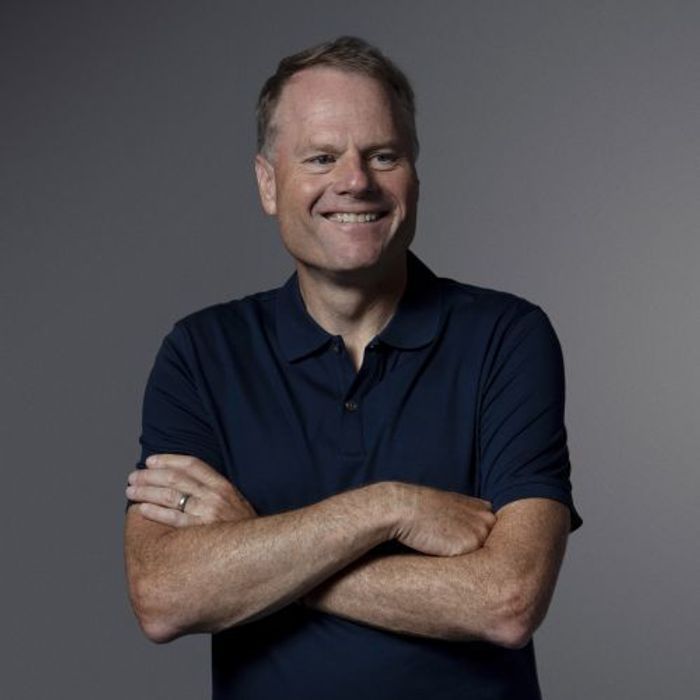 John Burke has worked at Trek since the 1980s. Cycling is climate action — as well as an answer to road congestion and public health, he says.

The interview follows by just a few weeks an important turning point for many companies as the Securities and Exchange Commission is drawing closer to setting rules requiring listed companies to let investors know all the risks and opportunities around climate change, in much the way that earnings are disclosed. That will have an impact on every retirement account and 401(k).

Some companies bristle at the cost of this extra reporting; it will be a challenge for many to address Scope 3 emissions, the pollution throughout a supply chain, often out of a particular company’s direct control.

The SEC is acting out of a bigger global push for action, but has raised concerns from business groups and some, mostly Republican, lawmakers who worry about costs and the loss of U.S. energy flexibility. The latest report from the U.N.’s Intergovernmental Panel on Climate Change says that by 2030, greenhouse gas emissions need to be cut by at least 43% to prevent 1.5 degrees Celsius of warming at the end of the century. Fossil fuels NG00, -1.33% burned by humans are the biggest contributor to that warming.

“‘ Even products that benefit people and the planet leave behind a [carbon] footprint.’”

In 2020, Trek brought in an outside consultant for the company’s first emissions audit to better understand its impact on the rising global temperatures and build a plan to become a more conscious and sustainable global citizen. This report shows the findings, actions to date and a vision for more to come.

“It makes sense that a bicycle company would care about the environment. Trek makes a product that provides a solution to many of the world’s most complex problems such as climate change — cycling IS climate action — as well as an answer to road congestion and public health,” Burke and other executives said in calling for the audit.

“But for too long, cycling has been given an environmental pass based on this assumption. Even products that benefit people and the planet leave behind a [carbon] footprint. And it’s a footprint Trek isn’t afraid to address and share publicly,” they said.

MarketWatch asked Burke for additional insight into the Trek approach. Some answers have been edited for length and clarity.

MarketWatch: Why might getting ahead of climate-change reporting, or at least keeping pace, make sense for any business?

Burke: To answer that, I first have to tell you how I came around to this thinking as an individual. I was at a speaker night about three years ago, and there’s this guy, Robert Swan who was talking — he’s the first person in history to walk to both the North and South Poles — and the conversation quickly became a climate conversation. At the end, he said something that was etched in my mind: “The greatest threat to our planet is the belief that someone else will save it.” And I thought that was so true. And I thought about myself. I’ve been waiting for somebody else to save it and Trek’s been waiting for someone else to save it. And it seems like our government is waiting for somebody else to save it and at that point, I thought, you know, I think we we need to do our part.

And then I was on a bike ride with [documentary filmmaker] Rory Kennedy, about three months later. She produced a documentary “Above and Beyond…” and it started out as a tribute to her uncle, the president [John F. Kennedy], who really pushed NASA to go to the moon. And then it quickly flips… and you find out that the organization that knows the most about the condition of Earth is NASA. They show a graph on parts per million of carbon in the atmosphere… and it’s just going along, going along, going along and then through the 1900s, it just goes straight up.

And they said we have 10 years to solve this. And so I went back to Trek and I got all of my senior managers in a room… and then we got the whole company together. We set an objective that we are going to address climate change fast and we were going to be a leader for other companies to emulate.

MarketWatch: What does that look like on a practical basis? The U.N., the IPCC, was just out with another report… saying pledges are great, actions a little harder. So, what does it look like on the ground then?

Burke: The beauty is it flows through the whole organization. So it wasn’t one person involved. I think we had over 700 projects that that we completed. So if you just take a look at a bike box for shipping; there are 33 pieces of plastic in that box. Well today at Trek, there’s now three pieces and within a couple of years there will be zero. The best thing is we’re just getting started. Trek is not a perfect company and we have a long way to go, but we’re moving and we’re moving really quickly and we’re making a difference.

Burke: Recently, I was a speaker at a business event. I was talking to the organizer of the event, and he asks me to run through what Trek is doing on sustainability. And this is a guy who runs 35 different businesses and I said what we’re doing. He saw the slide deck. He asks, why aren’t we all doing this? I mean, these are big businesses. And they’re not doing anything. It’s not that hard. Watch a documentary. Get a bunch of smart people in a room. We’re at a crisis point here in the game, and very few people are even playing.

MarketWatch: So, Scope 3 emissions, throughout the supply chain right, is kind of the trickiest part of all of it. How do you communicate or what do you do for your retailers?

Burke: We have 5,000 retailers around the world. And last night I proof read a 24- page document that’s going to our retailers. For example: here’s the four steps for running an environmentally friendly retail establishment; and here’s 100-point scorecards so that you can measure yourself; and here’s a set of best practices for how you can get there.

MarketWatch: Let’s talk about the product line. And not just cycling as exercise and recreation, but as a commuting option. Where are you guys on electric bikes and where do you see it going from here?

Burke: It’s a big part of our business already. It’s really taken off in the U.S. in the last three years. It’s been big in Europe for the last 15 years. I think we’re in the second inning of the game in the U.S. marketplace. If you take a look at car trips, I think 40% of car trips are less than two miles. If you take a look at the health crisis in the United States, it’s a disaster. And there’s nobody doing anything about it. Cycling is a partial solution to get people moving. E-bikes are amazing. Imagine the first time you got an iPhone, when people said, ‘Oh my God, you can take a picture and you can send it to someone.’ The same thing happens with an e-bike.

“ ‘I think we’re in the second inning of the game in the U.S. marketplace’ for e-bikes.”

MarketWatch: I assume you consider yourself a competitor of sorts to the automobile depending on how someone is using a particular mode of transportation. But I wonder, as many are taking stock anyway, leaving internal combustion engines, and going potentially to EVs, is now a time more than ever where a bike, and e-bike perhaps, competes in a way that it never did before?

Don’t miss: Buying a home? Why you should ask whether it’s wired for electric vehicles even if you don’t own one

Burke: Yes, to your question. But the other thing you have is more and more people moving to cities, right? You not only have the environmental issue of internal combustion engines, you also have a space issue and how cities can handle the amount of cars that are in the system today. And everybody wants a more livable community. And one of the easiest ways you can do it, is you can make your community more walkable and more bikeable. If we just talk about trips, to the store, to school, to a friend’s house. In Copenhagen, 35% of trips are taken by bicycle. You know, take a look at the health of the people in Copenhagen and take a look at the health of the people in an American city. I don’t know any city that has regretted putting in facilities so that their city is more bikeable and walkable.

Opinion: Thinking about an electric car? An e-bike may make more sense (and save you more money

[Editor’s note: Trek has a range of e-bikes and hybrids for commuting, mountain trails and casual use, ranging in price from roughly $ 1,500 to $ 13,000, but prices may vary depending on added features. There’s a guide to take to determine what model might best match a rider’s needs.]

The Ratings Game: Beyond Meat downgraded on concerns it will miss growth goals after revenue warning highlights a variety of challenges

: ‘For a lot of families, it couldn’t come at a worse time’: Ukraine-Russia crisis is a serious problem for Americans struggling with rising energy costs