The Nifty started off the week on a negative note, continuing the downtrend for a fourth consecutive session on April 18 amid weak global cues and selling in IT and banking names.

The index formed Doji candlestick on the daily charts as the closing was near opening levels, indicating indecisiveness among the bulls and the bears and that bounces were sold in the absence of follow-up buying interest.

IT was the biggest loser, falling more than 4.5 percent led by sharp correction in Infosys (down 7 percent) after lower-than-expected March 2022 quarter earnings.

Volatility spiked above the 20-mark intraday before closing 8.71 percent higher at 19.34, causing some discomfort to bulls.

“The Nifty registered a Doji kind of formation as it closed near the opening tick after witnessing a huge gap down. In this process, it not only tested its 200-day SMA but also move closer to psychological support present around the 17,000 levels,” Mazhar Mohammad, Founder & Chief Market Strategist at Chartviewindia said.

It was critical for the Nifty to stay above 17,000 but “strength shall not be expected unless it bridges the bearish gap, registered in Monday’s session, present in the zone of 17,237 and 17,457 levels”, he said.

If the index closes below 17,000, it will initially slip to 16,840, where the 200-day exponential moving average is present. For the time, it will be prudent to remain neutral on the index, he said.

It formed a small-bodied bearish candle with a long lower shadow, which indicates that declines were being bought while selling pressure was intact at higher levels.

The broader markets, too, ended lower, as the Nifty midcap 100 and Smallcap 100 indices fell more than a percent each. 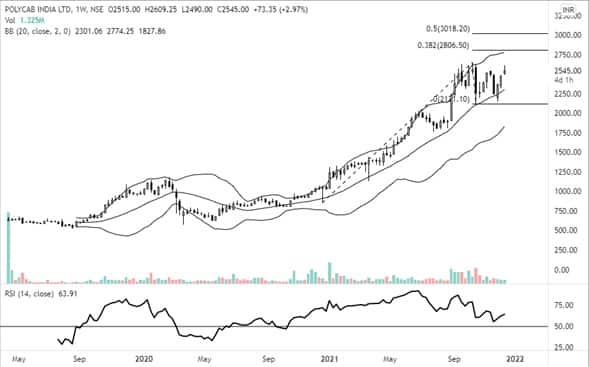 Trade Spotlight | What should you do with Strides Pharma, Piramal Enterprises, Birlasoft and Polycab India stocks?