In a holiday-curtailed week, the benchmark indices ended lower on all three days, with soaring inflation and high oil prices weighing on sentiment

Escorts | The scrip was down over 18 percent after ace investor Rakesh Jhunjhunwala sold his stake in the tractor manufacturer. Jhunjhunwala held 75 lakh equity shares, or 5.68 percent stake, in the company as of December 31, 2022, sources said. His name is missing from the list of individual shareholders, who own 1 percent or more, Escorts’s shareholding pattern for Q4 FY22 shows. Escorts’ quarterly net profit came in at Rs 194.19 crore in December 2021, down 32.27 percent from Rs 286.71 crore in December 2020.

Shree Renuka Sugars | The share price gained over 27 percent in the week. India’s sugar export may touch record 8.5 million tonnes (MT) in the ongoing 2021-22 marketing year ending September, according to a report from ISMA (Indian Sugar Manufacturers Association). The report also states that the production of sugar in India reached close to 31 MT till March 2022 of the ongoing marketing year. Indian exporters are likely to get better opportunities in the export markets this year as Brazil and Thailand, the two largest sugar exporters in the world, are expected to have lower production of 7-8 MT each compared to the last year due to adverse weather. Experts are cautiously optimistic about the sustenance of the current rally in sugar stocks from a medium-term perspective.

M&M Financial Services | The stock added over 7 percent in the week gone by. The non-banking finance company is betting big on the expected jump in rural credit demand. It has charted out a strategy to expand its rural loan book, encouraged by the Union Budget’s thrust on the rural economy, managing director Ramesh Iyer told Moneycontrol. The NBFC is aiming at 40-45% on-year growth in loan disbursements in the next financial year, said Iyer, who also spoke about factors that affected asset quality, the roadmap for recovery, global expansion plans, new products, and partnerships in the pipeline.

NHPC | The stock was up over 6 percent last week. The state-owned firm signed a memorandum of understanding (MoU) with the district administration of Chamba in Himachal Pradesh for the development of green hydrogen technologies to produce hydrogen. “The MoU is for the development of green hydrogen technologies… As per the MoU, NHPC shall develop a pilot green hydrogen mobility project including hydrogen production. NHPC shall upscale hydrogen production on a commercial scale to supply the hydrogen needs…for sectors like mobility, transportation, heating, micro grid,” NHPC said in a statement.

Max Healthcare | The share price was up over 7 percent in the week gone by. SBI Funds Management through several funds increased shareholding in the company to more than 9 percent. The stock closed at Rs 368.55 on the BSE. “SBI Mutual Fund, under its various schemes, has purchased more than 1 crore equity shares of the company, representing 1.03 percent of the paid-up equity, on March 31, 2022,” the company said in its BSE filing.

Thermax | The share price rose over 10 percent after the firm bagged a Rs 522-crore order for utility boilers and associated systems for a grass root refinery and petrochemical complex in Rajasthan. The order includes two units of 260 TPH high-pressure utility boilers along with allied auxiliaries to be designed and manufactured by Thermax Babcock & Wilcox Energy Solutions (TBWES), a wholly-owned subsidiary of Thermax.

Ruchi Soya Industries | The scrip added over 26 percent in the week gone by. The Board of Directors of the company accorded in-principle approval for evaluating the most efficient mode of enhancing synergies with the Patanjali food portfolio in any manner on an arm’s length basis. The board also approved the changing of the company name to Patanjali Foods Ltd. The firm said it has repaid Rs 2,925 crore loans to banks, becoming a debt-free company.

Bharat Dynamics | The share gained 29 percent last week. The stock has been in focus after the company signed a contract worth Rs 3,131.82 crore with the Indian Army. The contract is for manufacturing and supply of Konkurs-M AntiTank Guided Missiles to the army and will be executed in three years. With this contract, the company’s order book position stands at Rs 11,400 crore (net), BDL said in an exchange filing. In its FY21 annual report, the firm said it will witness a high growth in the coming years. The export market has also opened up and BDL’s products like Akash Weapon Systems have generated a lot of interest abroad. Rajesh Palviya of Axis Securities recommends investors to buy, hold and accumulate this stock with an expected upside of Rs 800-850, with downside support zone of Rs 620-580 levels.

Adani Green | The stock price jumped over 30 percent in the week gone by. Adani Green Energy last week became the eighth most valued firm in the country, with a market valuation of Rs 4.48 lakh crore after overtaking Bajaj Finance and HDFC. The company had on Monday entered the list of top-10 valued firms. Jigar Patel of Anand Rathi Shares is of the view that the stock made a couple of Doji candlestick patterns, which indicate indecision. Apart from Doji structures, moving average convergence divergence (MACD) has shown high pace momentum, which indicates that the counter can go sideways to down in the coming days. From Ichimoku cloud point of view, price action is way far from Tenkan Sen (conversion line) and Kijun Sen (base line), which means that price can test either of them in the coming days. One should just wait and watch as of now, he said. 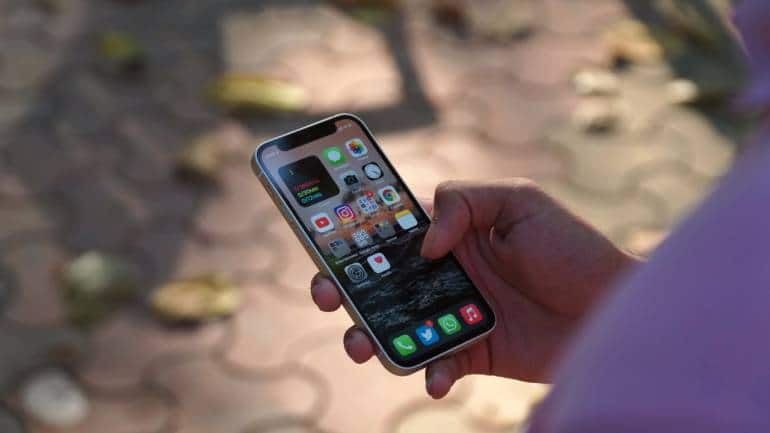 The real reason why most super apps are not super great