The Nifty ended lower for yet another session on April 12, with technology, metals, FMCG, pharma and auto stocks weighing the market down.

The index opened lower at 17,585 and slipped to 17,442 before showing some recovery to end at 17,530, down 145 points. It formed a bearish candle, which resembled a hammer candlestick pattern on the daily chart.

The hammer is a bullish reversal pattern formed after a decline. It consists of no upper shadow, a small body, and a long lower shadow. The long lower shadow signifies the stock bounced back after testing its support, where demand is located.

The index has taken support at around the 20-day simple moving average (17,430), which can act as an important support for the market on an immediate basis, experts said.

Broader markets were hit hard, as the Nifty midcap 100 and smallcap 100 corrected 1.9 percent and 1.6 percent, respectively.

“The Nifty50 registered a hammer-kind of formation as it smartly recoiled from the intraday low of 17,442 levels. Interestingly, at the said low, the index almost tested the 20-day simple moving average whose value is placed around 17,430 levels,” Mazhar Mohammad, Founder & Chief Market Strategist at Chartviewindia said.

If the index sustains above 17,430, some sideways consolidation with positive bias can be expected, but if it breaks the day’s low on a closing basis, it may lead to the test of its 200-day moving average whose value is placed at 17,150, he said.

For the time, it would be prudent to remain neutral on index trades, Mohammad said.

The volatility at lower levels is supporting the market as it is attracting buying interest on declines and helping the index hold support zones. India VIX was down by 0.61 percent at 18.16 levels.

The options data indicated that the 17,300 could act as crucial support for the market, while on the upper side, 17,800 may be a crucial hurdle, passing which can take the Nifty above the 18,000-mark.

The index closed 134 points higher at 37,747, supported by select private- sector lenders. The index formed a bullish candle on the daily scale and outperformed the broader markets yet again. 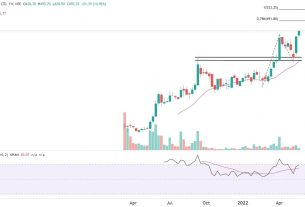 Trade Spotlight | What should you do with JSW Energy, Easy Trip, Adani Power on Tuesday?