Given a war and inflation have marked the start of 2022, investors would be forgiven for holding their breath over the rest of the year’s offerings.

Our call of the day from a team at Saxo Bank sees a “wild ride” ahead for the second quarter, and offers advice on which companies will best survive the upheaval.

The world is living through nothing less than “the arrival of the endgame for the paradigm that has shaped markets since the advent of the Greenspan Federal Reserve put in the wake of the LTCM [Long-Term Capital Management] crisis of 1998,” said Saxo’s chief investment officer Steen Jakobsen, in the bank’s second-quarter outlook on Tuesday.

Read: Get ready for a ‘new world order’ that drives stocks and bonds: BlackRock

Supply-side shocks from Russia’s invasion of Ukraine and COVID-19 have “accelerated our path toward more productivity. Policy simply must take us toward more price discovery and positive real yields as market and government actors fight for investment in a world, we now understand is highly constrained by absolute energy, environmental and capital limits,” he wrote.

The result of these will be more spending on energy, defense, supply-chain diversification, and negative real rates turning positive as the global economy readies for a productivity boost.

Here’s where equities come in. “With a large-scale war back in Europe and commodity markets in upheaval, this has aggravated inflationary pressures and equities have entered an environment not seen since the 1970s. High inflation is essentially a tax on capital and raises the bar for return on capital, and thus inflation will filter out weaker and nonproductive companies in a ruthless fashion,” said Saxo’s head of equity strategy, Peter Garnry.

And one only needs to look at 1970s-era shareholder letters from Berkshire Hathaway’s BRK.B, -1.83% BRK.A, -1.71% billionaire chairman Warren Buffett, which pointed to productivity, innovation or pricing power as a survival tool kit for companies, Garnry said.

“The largest companies in the world are the last to get hit from tighter financial conditions, and they also have the pricing power to pass on inflation to their customers for a longer time than smaller companies,” Garnry said. That means bye-bye to zombie companies kept alive by low interest rates and excess capital.

Garnry said one way to gauge productivity is by looking at adjusted net income to employee, on the theory that the larger a companies grows, the smaller its profit per employee.

“If a company is trying to maximize profits then that will often naturally lead to sacrificing productivity; but what is lost in productivity is gained through economies of scale in its operations, and this allows for higher levels of aggregated profits,” said Garnry.

Topping the ranks of companies that are the most productive relative to size — above the regression line — is Apple AAPL, +2.37%, he said. 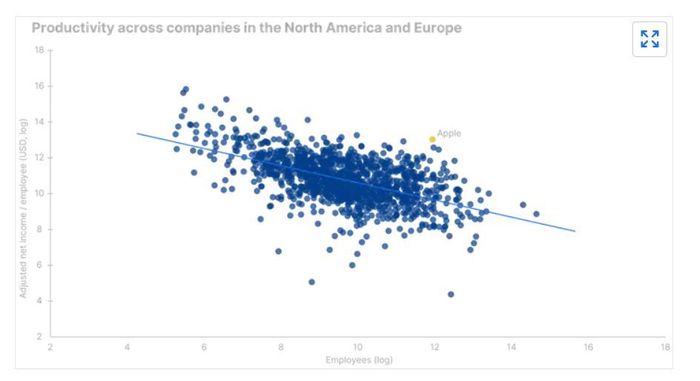 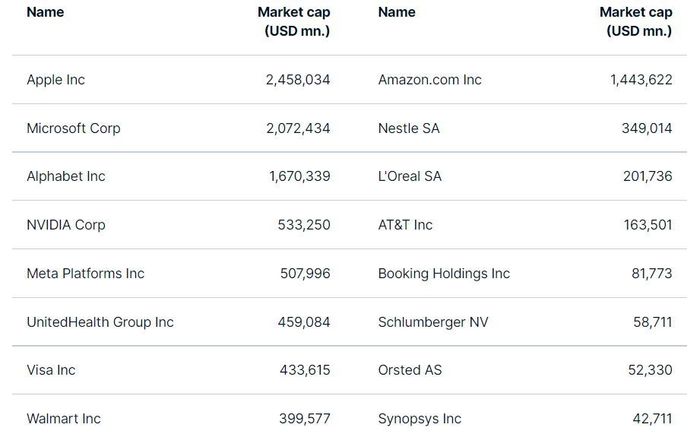 Ukrainian President Volodymyr Zelensky has warned of finding more atrocities after more evidence showed Russian forces massacred civilians in Bucha, near Kyiv. He will address the United Nations Security Council on Tuesday. The European Union may be ready to ban Russian coal imports, while the U.S. Treasury has reportedly halted Russian debt payments via U.S. accounts.

Tesla TSLA, +5.61% CEO and Twitter’s TWTR, +27.12% new biggest stakeholder Elon Musk asked users to vote on an edit button for tweets — it was a resounding yes. Twitter, incidentally, is worth $ 8.5 billion more, thanks to Musk.

Read: U.S. economy will fall into a recession this summer, as inflation eats into consumer spending, former Fed official warns

“It turns out that when consumers are frightened about buying stocks, one of
the best investments is consumer stocks!” That was Jim Paulsen, chief investment strategist at The Leuthold Group, in a note to clients. Here’s a chart gauging that pessimism. 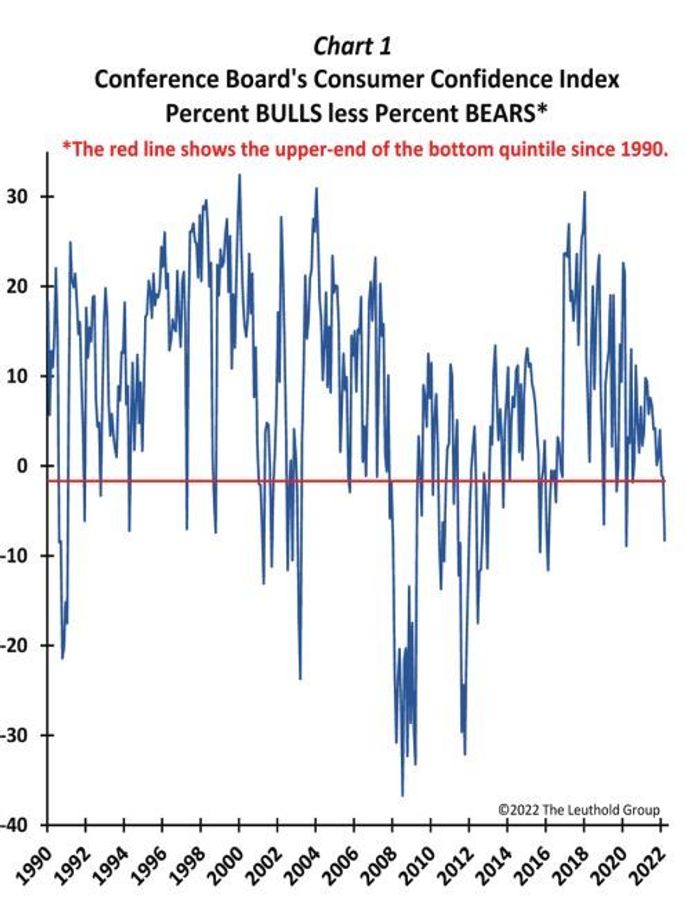 “When the consumer bull-bear indicator is lowest quintile, consumer discretionary
stocks have outpaced by an annualized +9.4% compared to slight underperformance of -0.8% for the four other confidence quintiles,” he said, noting that it is a less great time for financials, utilities and communications. 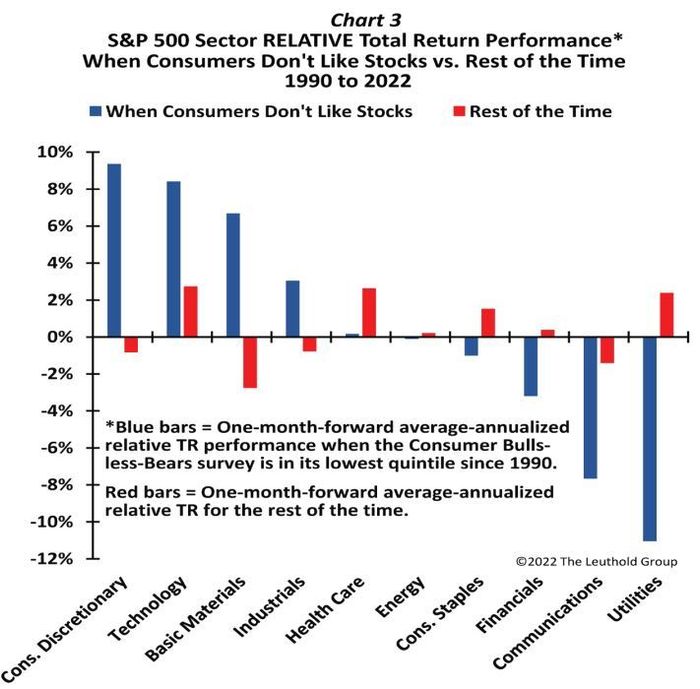 These were the top-searched tickers on MarketWatch as of 6 a.m. Eastern Time: 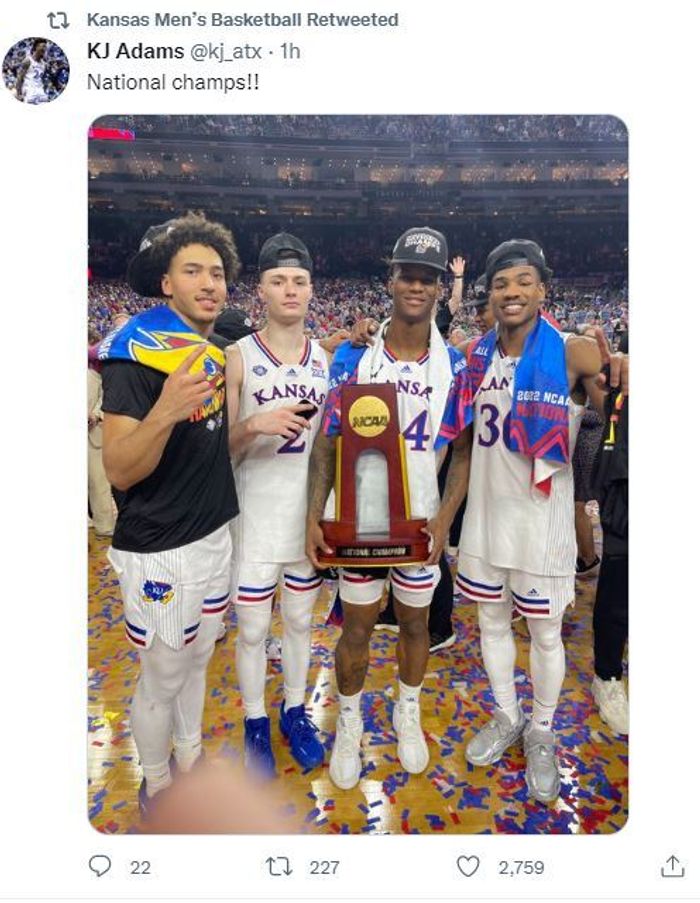 Can you smell a painting? A Madrid gallery will attempt that with a 17th century work by Jan Brueghel the Elder.

A former German tax inspector is on trial for alleged $ 306 million fraud.

What's Worth Streaming: Here’s everything new coming to Netflix in June 2021 — and what’s leaving

Personal Finance Daily: Tesla’s move to Texas for cheap housing could come up short and how to avoid decision fatigue when remodeling