If you happen to be in the market for a work by Andy Warhol, be prepared to spend big money. As in nine-figures big.

A silk-screen Warhol portrait of Marilyn Monroe from the 1960s is being auctioned by Christie’s this spring, with a starting figure of $ 200 million. That’s the highest asking price for any work of art at auction, according to The Wall Street Journal.

Why such a high amount? And what does it say about Warhol and the art market in general? Read on to find out.

Who was Andy Warhol in the first place?

Even if you think you know nothing about art, you are probably familiar with Warhol (1928-1987). Born in Pittsburgh and trained as a commercial artist, he helped create a style, known as pop art, that took the flashy sensibilities associated with the advertising world and used them to inform works worthy of hanging in a gallery or museum. Warhol’s “Campbell’s Soup Can” paintings, first showcased in 1962, were among his early landmark statements in this vein.

Warhol was also fascinated with celebrities — he did portraits not just of Marilyn Monroe, but also figures ranging from Elvis Presley to Muhammad Ali. And he served as the founder of Interview magazine, which chronicled the lives of famous people. Warhol also summed up the fleeting nature of fame in his oft-cited “15 minutes of fame” quote: “In the future, everyone will be world-famous for 15 minutes.”

But Andy Warhol’s fame seems to live on, yes?

Indeed, it does. While it’s been 35 years since his untimely passing, Warhol remains an artist very much in the public eye — and very much in demand among collectors. The previous auction record for one of his works was $ 105.4 million — the price paid in 2013 for his “Silver Car Crash (Double Disaster)” painting. But Warhol works have also been sold privately for significant sums: Five years ago, another Marilyn Monroe portrait went for at least $ 200 million, according to The Wall Street Journal. (The buyer? Chicago hedge-fund manager Ken Griffin.)

Obviously, the work, titled “Shot Sage Blue Marilyn,” has a double cachet — being both a Warhol painting, and a portrait of an iconic (some might say the iconic) American actress. It’s also plenty colorful, done in shades of pink, ruby and, yes, blue. And it has a bit of an odd history — it’s part of a series of Monroe portraits that Dorothy Podber, a visitor to Warhol’s studio, decided to fire upon (hence, the “shot” in the title) as a kind of performance-art stunt. But this particular portrait was not damaged, according to The Wall Street Journal. The seller of the work is a foundation connected to the late art dealer Doris Ammann and her late brother, Thomas.

How much did Andy Warhol’s Marilyn Monroe portraits cost back in the day?

So if this painting goes for $ 200 million, will it be an all-time auction sales record for a work of art?

Hardly. That record belongs to Leonardo da Vinci’s “Salvator Mundi” painting, which was acquired in 2017 for $ 450.3 million by a Saudi Arabian prince. But one wonders how much that same work would sell for today: There’s been recent discussion as to whether it was actually painted by Leonardo.

The Warhol “Marilyn” portrait is making history for having the highest asking price for any artwork at auction, as it’s going on the auction block for $ 200 million. It remains to be see just how much the winning bidder will shell out for the work this May. 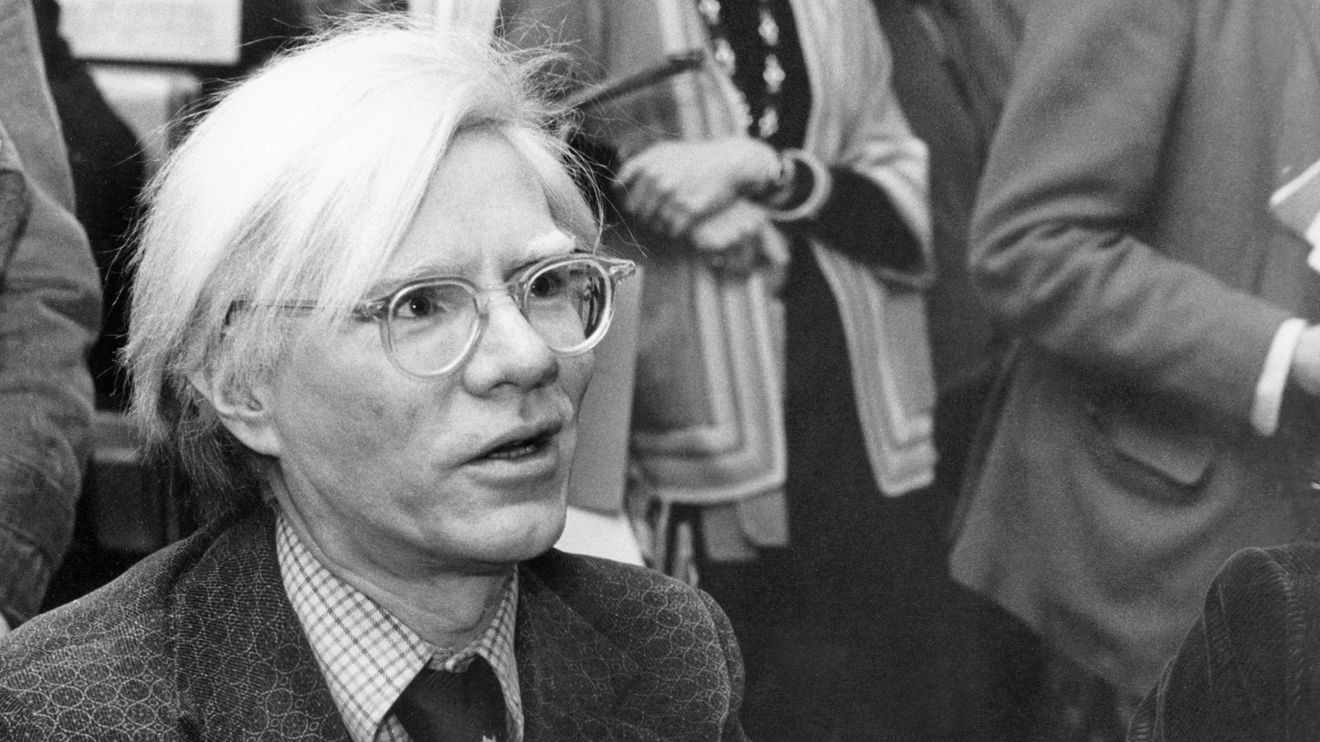 Andy Warhol signs copies of his book “From A to B and back again” in London, November 1975.

What’s going on with the art market of late?

In a word, it’s hot. During one two-week period last year, major auction houses in New York sold some $ 2.3 billion worth of art. A Mark Rothko painting went for $ 82.4 million. A Frida Kahlo sold for $ 34.9 million.

Fret not. While you can’t buy an original Warhol on the cheap, you can purchase reproductions for a pittance. The Art.com website sells Warhol prints for as little as $ 18. And New York’s Museum of Modern Art (MoMA) has a “Campbell’s Soup Can” refrigerator magnet for $ 7.95.

If you want to view a Warhol original in person, see what your local museum might have on display. MoMA does feature those soup cans, for example. Or head to Warhol’s native Pittsburgh and check out the Warhol Museum — it’s well worth a visit.

Key Words: Tech’s ‘last hurrah?’ If hedge funds are any indication, it could be a big week for Apple, Amazon and other prominent megacaps

Outside the Box: A growing number of retirees are heading to work — as entrepreneurs