Bank Nifty surrendered most of its trading gains of the last session and closed lower by 1.13 percent or 410 points at 36,018, forming a bearish candle on daily scale.

The Nifty50 snapped a two-day rally and lost one percent on March 21, thereby forming a bearish engulfing candle on the daily charts. No sign of resolution in peace talks between Ukraine and Russia, and rising oil prices dented investor sentiment.

A bearish engulfing pattern consists of two candles. One candle is usually small which is followed by a large black or red candlestick pattern that engulfs the short one or the previous candle.

Banking & financials, FMCG, Auto, and IT stocks pulled the market down on Monday.

Experts expect the downside to be limited for the time being given the Nifty50 held on to crucial 17,000-mark, which is also the 200-day simple moving average.

The volatility remained elevated due to geopolitical tensions. Unless and until it falls below 20-mark and stays there for few sessions, the market stability is unlikely, say experts. India VIX jumped nearly 9 percent to close at 24.6 levels.

Also read – Gainers & Losers: Five stocks that moved the most on March 21

“Nifty50 appears to have come under profit booking after a sharp rally of 8 trading sessions from the lows of 15,671 levels as it registered a Bearish Engulfing kind of formation. However, downsides seem to be limited at this point in time as strong support is placed around 17,000 levels in the form of 200-day simple moving average,” says Mazhar Mohammad, Founder & Chief Market Strategist at Chartviewindia.

“Upside strength shall not resume unless Nifty closes above 17,350 levels and on such a close it can head towards the 17,800 – 17,900 zone,” says Mazhar Mohammad who advised positional traders with high risk-taking ability to buy the dip with a stop-loss below 16,890 levels as the near term momentum is favouring bulls.

Bank Nifty surrendered most of its trading gains of the last session and closed lower by 1.13 percent or 410 points at 36,018, forming a bearish candle on daily scale.

“The index negated its higher highs – higher lows of the last four sessions. Now it has to hold above 36,000 levels to show an up move towards 36,250 and 36,500 levels whereas support can be seen at 35,750 and 35,500 levels,” says Chandan Taparia, Vice President | Analyst-Derivatives at Motilal Oswal Financial Services. 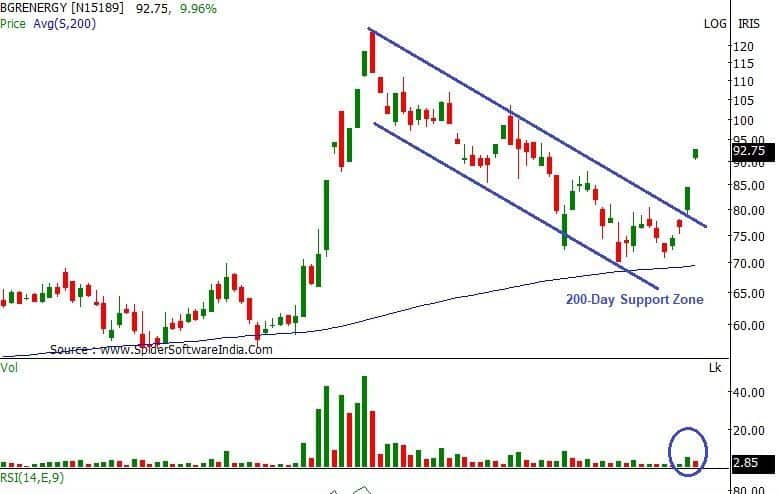 Trade Spotlight | What should you do with Trident, Bosch, Greaves Cotton, Escorts, Vedanta stocks?