“The market has already discounted the risk of outright nuclear war and extreme hawkish behaviour by the US Fed. Traders can benefit from taking positions based on what may or may not happen as markets keep moving up and down,” says Ram Kalyan Medury, founder and CEO of Jama Wealth, in an interview to Moneycontrol.

But any massive push by the Fed, or China support for Russia, or rapid rate hikes could bring a fresh round of correction, he feels.

Medury started his 23-year career at Infosys where his last role was head of fintech vertical at Hyderabad. He worked closely with many Fortune 100 companies on their investment and insurance business-technology strategies. He was later a CIO in the ICICI Group and then group CIO at Poonawalla Fincorp.

On Paytm, which corrected 70 percent from its issue price, Medury says the company has no clear business model yet and the retail investor will take time to get clarity and understanding: “Meanwhile, their stock price may drop below the target of Rs 450 (projected by Macquarie). In general we stay away from such glamorous IPOs because not much is known about the promoters.”

Given the geopolitical tensions and sanctions imposed on Russia, do you still expect 6-7 rate hikes by US Fed in FY23 after 25 basis point (bp) rate hike in March?

Globally, central banks in general, and Fed, too, are averse to a high interest rate scenario, as they need to service high debt. Inflation levels in the US were at very high levels, even before the Ukraine war. Now given the higher price pressures after the war, there would be rate hikes. The US Fed takes some comfort from the lower unemployment rate and higher economic activity giving them some leeway to introduce hikes. They also wish to reduce the unemployment rate to the extent possible and bring inflation down to two percent.

The Fed has now stated that there could be more hikes than assumed in their December meeting. Now people will speculate if the next rate hike will be 25 bps or 50 bps but that is pointless in my view. The markets factor in these trends over time; after all a high inflation dampens demand which in turn impacts corporate earnings.

After a 9 percent spike from recent lows, do you think the markets have priced in risks related to geopolitical tensions, inflation and expected Fed rate hikes?

Nobody can predict the short term geopolitical trajectory of the war. Surely there is ongoing uncertainty on how this is going to end. There is still uncertainty on whether Russia will withdraw or whether Ukraine will blink.

However, the Fed has clearly noted that this situation will contribute to inflation. The chief weapon to combat inflation is hiking interest rates and a contractionary monetary policy by reducing the money supply which they intend to do.

Markets discount news on a near real time basis. The market has already discounted the risk of outright nuclear war and extreme hawkish behaviour by the Fed. Traders can benefit from taking positions based on what may or may not happen, by positioning themselves as markets keep moving up and down. However, investors need to trust the managements of companies to help ride out the roller coaster and keep watching their performance on fundamentals.

This does not mean that markets will have an easy year in FY23. Any massive push by the Fed, or China support for Russia, or rapid rate hikes could bring a fresh round of correction.

How do you read the financial year 2021-22 that reported 19 percent market return despite emergence of several risks in second half of the year?

Since then it has been downhill due to fears of inflation, interest rate hikes, geopolitics or simply mean reversion. But there is still uncertainty and confusion on the global scene. Because nobody can predict macro-trends, the recommended course for a long term investor is to stay invested in good quality stocks.

What are the biggest risk factors that the market can face in the coming financial year 2022-23?

If we manage to close the financial year with a nearly 18 to 20 percent return, that would not be a bad close at all. Every year is a new start, but the renewed political stability post-election results, a potential ease-off of geopolitical tensions, and stable oil prices should put us back on track with the India growth story.

The massive growth in direct tax revenue of 48 percent and another 41 percent in advance tax points to a growing economy. Once FIIs start rebalancing their global equity assets, we can expect more inflows which could push up the Indian markets. On the flip side, the geopolitical risk and runaway inflation are key risks. Roughly 60 percent of Nifty will get impacted if oil prices shoot up again. Any surprise on the China-Taiwan front could spell a bout of selling. The massive spike in the volatility in China indices is of concern too.

New age companies like Paytm corrected 70 percent from issue price, CarTrade Tech declined 65 percent, Zomato fell below issue price, etc. In fact, Macquarie in its recent report lowered Paytm target to Rs 450 now after regulatory issues. Is it the time to buy these kind of stocks?

These companies have a combined market cap of nearly Rs 2 lakh crore with little to show by way of profits. I always recommend investing in companies with low debt, real cash flows, real profits and growing profits. Paytm specifically has no clear business model yet and it will indeed take time for a retail investor to get that clarity and understanding. Meanwhile, their stock price may drop below the target you referred to. In general we stay away from such glamorous IPOs because not much is known about the promoters. Public listings bring out far more truths than ivory tower conversations. Then there is the massive risk of not executing, given that some valuations have been projected 10-20 years out into the future. IPO listing does not mean that the market is all sewed up. Short answer still remains a NO.

Do you think the flood of IPOs will get delayed by another quarter, as more than 50 companies are in the pipeline to launch IPOs?

We had nearly 45 IPOs so far that together raised more than Rs 1 lakh crore just in the first 9 months of the financial year. This is 3x the issue size and nearly 2x count-wise compared to the entire previous financial year. The push to launch would likely continue mainly because it still gives an exit route to the PEs.

With global central banks starting to hike rates to suck out liquidity, private equity firms may have a tougher time raising new rounds, prompting them to make more exits. Therefore even though there could be some short-term delays, the next few quarters appear to be quite busy.

Realty index surged 11 percent from lows of March 7. What is your view?

Realty has risen fast, but seems to have consolidated now. The low return on equity of most real estate companies does not appeal to me much. We do not like to move in and out of sectors, especially if the fundamentals are not super strong.

Avoid sectors that continue to be hit by coronavirus, advises Anshu Kapoor of Edelweiss 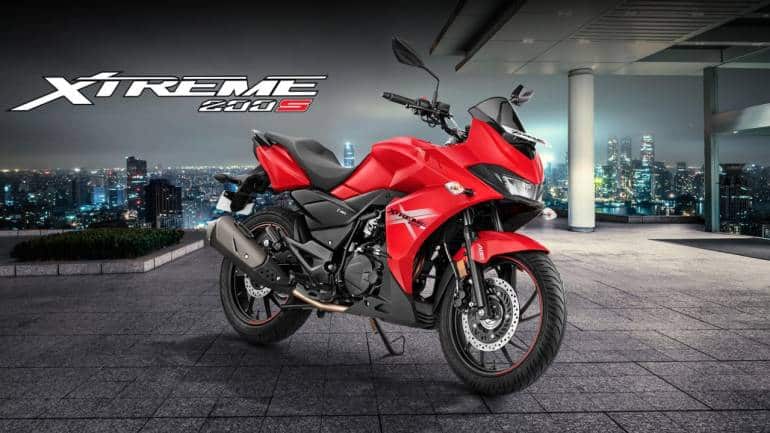 Daily Voice | George Heber Joseph of ITI Mutual Fund sees minor reversal in FII inflows in second half, 2023 may be a good year