The Nifty failed to hold on to its immediate resistance of 16,750 due to profit booking at higher levels to end off the day’s high, resulting in a Bearish Belt Hold pattern on the daily charts.

A ‘Bearish Belt Hold’ pattern is formed when the opening price becomes the highest point of the trading day (intraday high) and the index declines throughout the day making up the large body. The candle will either have a small or no upper shadow and a small lower shadow.

Hence, “in the next couple of trading sessions, it remains critical for the index to sustain above the day’s bullish gap zone placed between 16,447 and 16,418 levels,” said Mazhar Mohammad, Founder & Chief Market Strategist at ChartviewIndia.

Cooling of oil prices, the rally in Asian counterparts and the BJP marching ahead of rivals in four of the five state elections supported the market sentiment.

Unless the Nifty closes above 16,820, further strength cannot be expected, Mohammad said. “In that scenario, strength shall initially extend towards 17,000 levels,” he said.

The inability of the bulls to sustain above 16,418 on a closing basis can lead to sharp profit-booking, he said. For the time, it would be prudent to remain neutral on the index unless it closes above 16,820.

The volatility index fell 6.87 percent to 25.58 levels, which also supported the market. For markets to stabilise, India VIX, the fear index, should drop to around 20, experts said.

Also read: Gainers & Losers: Five stocks that moved the most on March 10

It recovered some of the lost ground in the last hour of the day and closed 660 points higher at 34,476, forming a bearish candle on the daily scale, as the closing was lower than the opening level. 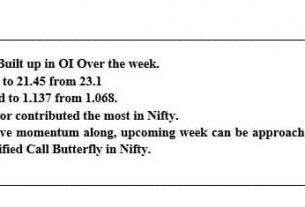 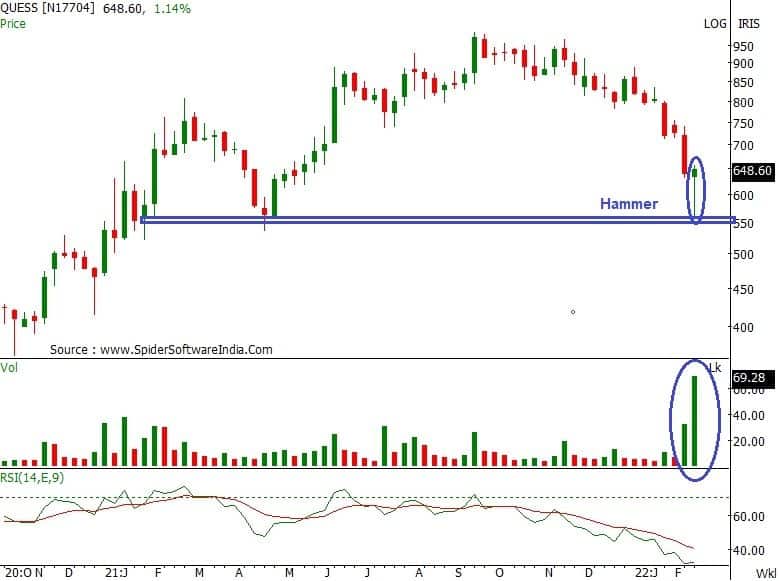 Trade Spotlight | What should you do with Quess Corp, India Cements, Elgi Equipments, Ambuja Cements?

Trade the events efficiently by knowing what impacts option premium and how: Shubham Agarwal