At the age of 55, feeling emotionally unfulfilled and seeking a more exciting life, Heidi Dezell, walked away from her six-figure job as a national sales executive to travel the world in search of her personal utopia.

Heidi rented out her house, crammed her personal items into storage, and headed to the airport with a single carry-on bag.

“If, in the end, I was 65 and had to go back to work, then so be it—but I wanted to spend this time doing crazy fun stuff,” says Heidi.

She was divorced—and her two children were grown and living busy lives of their own, so the timing was perfect.

Heidi first journeyed around Asia and Australia, returning to the U.S. in 2019 for what was supposed to be a quick pitstop, before she resumed her tour of the Far East. But she caught wind of a nasty new virus taking root in that area and chose to make a detour.

“I had always dreamed of following the Silk Road,” she says, “but I decided this may not be the best time so, I headed to Europe instead.”

There, she found herself in the middle of difficult times, as Covid hit in February 2020.

Heidi’s plan to tour the world was shaken to rubble. She hunkered down, couch-surfing with some friends in a small village outside Zurich in Switzerland, while waiting for circumstances to change. But each month she had to apply for a visa extension—something that was never guaranteed.

“I kept thinking I’d be sent home on the next plane,” she says. “It was emotionally exhausting, and, at that point, I began looking for somewhere I could settle down.”

Her research led her to Portugal.

She had never set foot in Portugal, and knew only two people who had ever visited. But, with just a five-year track to citizenship, she found the country very appealing.

Heidi returned to the U.S. to complete her application for a D7 Visa (issued to foreign nationals who want to retire to Portugal or live off self-generated income) through the Portuguese consulate. But, by the time she received the FBI fingerprint clearance needed for the application (due to COVID-related delays), Portugal had temporarily closed the door on any new D7 applicants.

Disappointed, Heidi busily researched other types of visas that Portugal still provided. She found one that would work: a student visa. Hitting Google with a fury, she found an option to study Portuguese, for 28 hours a week, through the University of Coimbra. She quickly signed up, submitted her paperwork, and received approval just two weeks later.

Heidi landed back in Portugal with four heavy suitcases. As she struggled to collect them at the baggage carousel, the heaviest one fell on her foot—breaking her big toe. 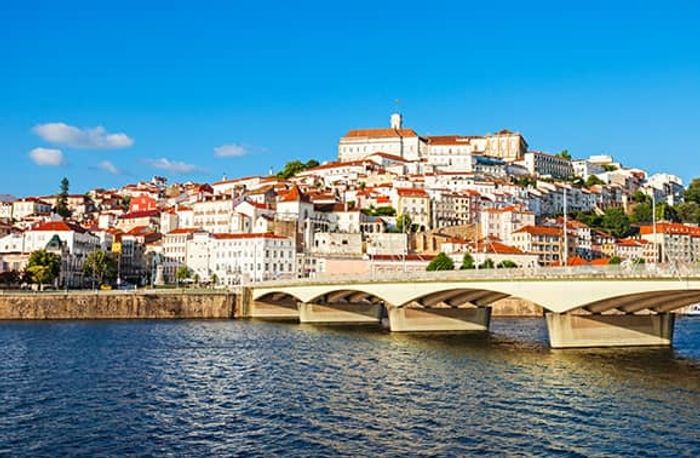 Portuguese people descended, saying, “Where’s your bags?” “We’ll take care of you!,” and “We’ll get the airport nurse!”

The nurse sent her to the hospital in a taxi. The cabbie took care of all her luggage and rushed her to the emergency room. There, a doctor and two specialists treated her injuries. She was in and out in less than an hour, while the cabbie waited patiently.

Without traveler’s insurance, Heidi was surprised when her final bill was only €100 (around $ 115… less than her deductible in the U.S.). Follow-up visits, which Heidi says would have been cost-prohibitive to her in the U.S., were only €18 ($ 21) each.

“I’ve never had an injury heal so quickly,” Heidi says. “It’s amazing what happens when you get proper medical care.”

The cabbie then drove to a pharmacy to fill her prescriptions, helped her use the ATM, and took her grocery shopping, before carrying all her bags up four flights of stairs to her apartment. With over three hours of his time invested, Heidi feared the cost. But the gentleman asked, “Is €50 okay?”

“I still get teared up thinking about it,” says Heidi. “I thought, oh my goodness… I’m in the right country! The level of compassion was completely overwhelming.”

And, just like that, Heidi knew she had found her perfect place to live. A place where people still cared, and the community supported and helped one another. Something she felt had been missing in the U.S. for some time.

As a side note, Heidi now spends $ 33 per month on a health insurance plan she buys from her bank—banks and grocery stores sell insurance in Portugal—“less than a bad meal costs back home,” she jokes.

When her classes at Coimbra switched to online learning, Heidi decided to explore more of the country. That’s when she discovered Sintra and fell in love.

With its cool and cloudy microclimate, Sintra is very different from most of Portugal. But Heidi likes it that way, preferring to avoid excessive heat or cold.

She says there’s only about seven expats living there, which also suits her fine, as she prefers to integrate with the locals. Sintra offers small-town life, just a short train ride from the big city. And, as a single woman, Heidi feels completely safe there.

Heidi returned to the U.S. in May 2021 to file again for her D7 Residency Visa. During the two months it took to process, Heidi sold her house in Seattle and got rid of most of her belongings.

When her D7 was approved for a two-year temporary residency term in September of last year, Heidi returned home for her dog, Bailey. Now she, and Bailey, are in Sintra—hopefully for good. In two years, she can apply for another three-year term, after which she can apply for full citizenship—provided she passes a language and history test.

“Everything I’ve been looking for I found right here in Portugal,” says Heidi. “I’m finally home!”

: The U.S. must take a strong stance against Russia — harsh sanctions will only raise risks to the world