The de-escalation of tensions between Russia and the West over Ukraine following reports of a partial Russian troop pullout helped the Nifty recoup most of the previous day’s losses on February 15.

“Positive news flows emanating from the global front appear to have bolstered the confidence of bulls who recouped all the losses of Monday by successfully bridging the bearish gap present in the zone of 17,099–17,303 levels,” said Mazhar Mohammad, Founder & Chief Market Strategist at Chartviewindia.

The index gained 3 percent and defended its 200-day moving average (16,811). It formed a large bullish candle on the daily chart as the closing was higher than the opening level.

The rally was driven by short-covering. A bit of value buying was also seen across sectors, with the Nifty bank, auto, financial services, IT and realty gaining 3-4 percent.

The broader market also participated in the run, as the Nifty midcap 100 and smallcap 100 indices gained 2.86 percent and 2.5 percent.

The sharp bounce back, which was along expected lines with the easing of global concerns, is good but given the high volatility, the market may remain rangebound until the index decisively closes above 17,800, experts said.

The volatility did cool down but needs to fall way below 20 levels for the market to stabilise. India VIX, which measures the expected volatility in the market, declined by 10.31 percent to 20.61 levels.

Also read: Gainers & Losers: 5 stocks that moved the most on February 15

“The level of 16,800 seems to be emerging as short-term critical support. Hence, if the index sustains above the said support level, it can be expected to test its 20-day simple moving average (SMA) present around 17,450 levels. Therefore, a close above the said average can be considered as an initial sign of strength,” Mohammad said.

However, Mohammad said the short-term trend would not completely change in the favour of bulls unless the Nifty closes above 17,800.

Traders should remain neutral on the index by shifting focus to stock-specific opportunities, he said. 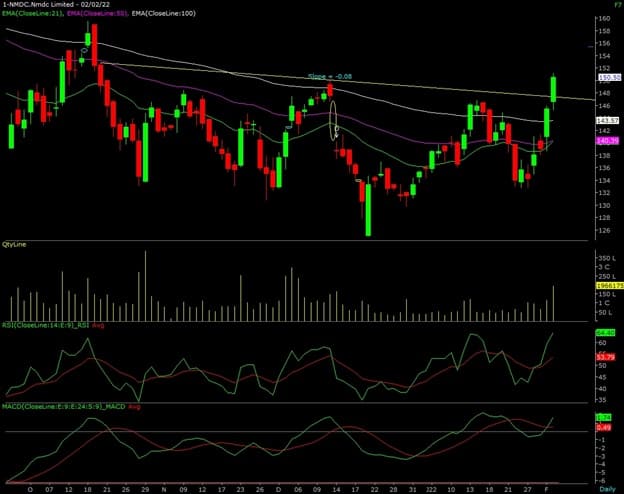 Hot Stocks | Here is why you should bet on Marico, NMDC for short term