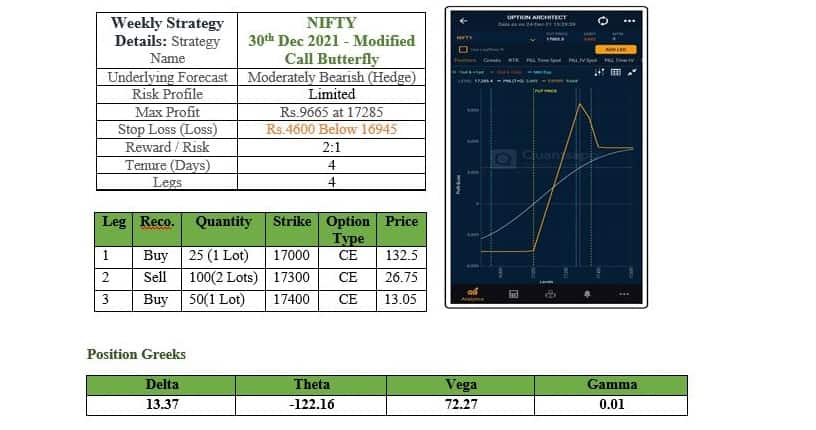 After massive selling, the stock markets made a modest recovery last week, with the Nifty 50 index regaining and staying above the 17,000 level. Once again, the IT sector contributed the most to the gains.

The Nifty has important support levels in the 17,500-16,600 range. On the open interest front, a long build-up was witnessed in the Nifty over the week gone by while it closed with a marginal loss at 17,003.75.

On the other hand, the Bank Nifty was unable to sustain above 35,000. This sectoral index closed at about 34,881 with a loss of 2.43 percent last week after trading in the range of 35,550 to 34,123. On the open interest front, long unwinding was witnessed in the Bank Nifty over last week.

The India VIX, a measure of volatility, decreased by 1 percent from 16.34 to 16.18 over last week. The India VIX is trading near the lowest level of the pre-Covid crash and has given some relaxation in the market. Further downticks in the India VIX can push the upward momentum in the Nifty.

Considering the bullish momentum, the upcoming week can be approached with a low-risk strategy like Modified Call Butterfly in the Nifty.

Hot Stocks | Here is why you should buy NALCO, ACC for short term

Hot Stocks | #39;Can bet on Bank of Baroda, Kotak Mahindra Bank and Union Bank for double-digit returns in 2-3 weeks#39;