Why it’s important: It will also be within the pre-agreed 90-day exclusivity period.

· The agreement will address some of the issues raised by Invesco.

· This may include those regarding Zee’s founding family’s future holdings in the merged company.

· ZEE CEO Punit Goenka travelled to Los Angeles last week and met the senior leadership of Sony for the first time since the two agreed to join forces on September 22.

· While Goenka will continue to lead the merged company as its CEO, he will be the only ZEE executive to have a board seat.

· Five of the nine-member board will be top Sony executives.

Why it’s important: As per the current rules, if an Indian buys shares in an unlisted company abroad, the foreign company cannot create any more step-down subsidiaries.

· This has proved to be a hindrance for Indian entrepreneurs looking to invest in foreign startups since it restricts the scalability of such companies.

· Now, the RBI is learnt to have recommended to the finance ministry, saying if such step-down subsidiaries are being opened as part of genuine and ‘bona fide’ expansion plans of a company, the restriction should not be applied.

· RBI has also recommended that any investment into unlisted foreign firms be considered a portfolio investment so long as the Indian owns less than 10 percent equity in the company.

Vodafone has applied with the government to settle its tax dispute under the retrospective law, The Economic Times reported.

Why it’s important: The telecom major wants to indemnify it against any future claims.

· The government has to refund Rs 44.7 crore to Vodafone that it had collected as tax.

· The refund will likely be given after the plea is processed.

The Hinduja Group and Abu Dhabi Investment Authority (ADIA) are believed to be in talks to buy French insurer AXA’s 49 percent stake in its life insurance JV with Bharti Enterprises for an undisclosed sum, The Economic Times reported.

Why it’s important: There is no firm decision yet as negotiations are still around valuations.

· AXA’s stake in Bharti AXA Life Insurance could be worth around $ 1 billion.

· Global brokerage Jefferies is believed to be an advisor to a potential transaction, and due diligence is likely to be concluded by early 2022.

No ban, SEBI to regulate cryptos

The Centre has decided to bring cryptocurrencies under a regulatory framework instead of banning them, Mint reported.

Why it’s important: Under the proposed law, cryptocurrency will be renamed crypto-asset and brought under the regulatory ambit of SEBI.

· Apprehensions about a ban led to a plunge in the value of cryptocurrencies traded on local exchanges.

· The government is planning to introduce a bill in this regard in Parliament in the third week of this session.

· This will be kept separate from the RBI’s digital fiat bill.

Cairn Oil and Gas, a unit of Vedanta Ltd, plans to invest as much as $ 5 billion over the next 2-3 years, Mint reported.

Why it’s important: The company is planning to expand oil production to almost 500,000 barrels a day.

· It is also looking to start shale production from its Barmer field in Rajasthan shortly to reach the half-a-million-barrel production target.

· Cairn’s hydrocarbon production is 170,000 barrels of oil equivalent per day.

Cairn Oil and Gas CEO Prachur Sah said: “Cairn’s ambition remains that we want to meet 50 percent of India’s oil and gas production, which means we want to go to almost 500,000 barrels a day, both from our existing assets and from the new blocks that we acquired. And the plan to do that is through investment in enhanced recovery and additional exploration activities.”

After years of cold-shouldering telecom companies as they struggled with heavy debt, lenders are warming up to the sector again, Mint reported.

Why it’s important: With the recent tariff hikes and the rescue package brightening prospects for telcos, banks are confident of the future of the telecom sector.

· But they are looking for the government’s return of bank guarantees, as part of the package announced in September.

· Returning these guarantees could bring down their telecom exposure, most of which is in the form of bank guarantees.

· Lenders are also expecting another tariff hike of 10-20 percent once service quality improves.

We could grow 2-3 times over the next decade: R Thyagarajan

Shriram Group’s founder R Thyagarajan in an interview with Business Standard said he expects the group to scale up to two- to three-fold in the next decade.

What the veteran says: · The new board of management will steer the growth strategy for the entire Group and further its mission to provide finance to the underserved.

· Several well-wishers and stakeholders had said that there are uncertainties and concerns around the succession plan, and this board has been set up to address that.

· The idea is to put the ownership of the Group in the hands of a few key executives rather than an individual.

· Started the Group with a capital of Rs 100,000 and today it manages funds worth over Rs 2 trillion with 21 million customers.

· The group would be able to scale up 2-3x over the next decade.

Why it’s important: Spends in October registered a growth of over 25 per cent month-on-month, RBI data said.

· This is despite the fact of a high base of last month.

· On a year-on-year basis, credit card spends jumped 56 per cent. 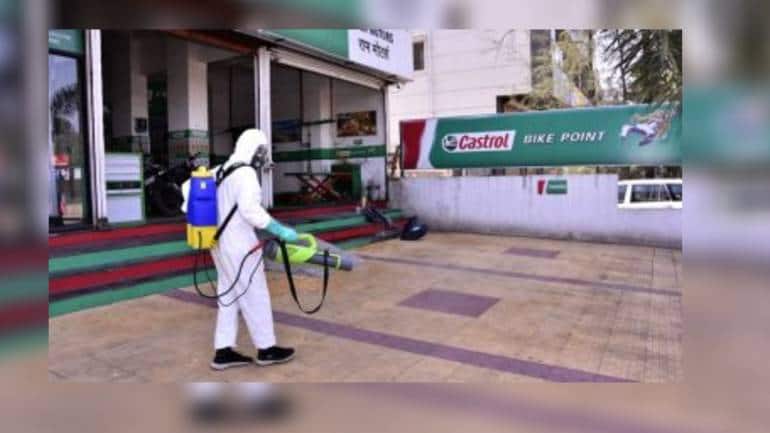 Castrol India: A hard quarter, will the recovery be smooth?