The Centre’s decision to repeal the three farm laws is set to weigh on the currency and debt markets, The Economic Times reports.

Why it’s important: The move could hurt overseas inflows.

· It’s likely to trigger volatility in the markets.

· It may send the rupee lower against the dollar and bond yields higher unless other reforms rekindle global investor interest in Indian assets.

· Some analysts said equities may not be much affected.

Ashhish Vaidya, MD and head of markets, DBS Bank India, said: “Certainly, there will be a negative impact on global investor sentiment,”.

Bharti Airtel is rethinking its plan to separate its digital and infrastructure businesses from telecom, The Economic Times reports.

Why it’s important: The move comes after the government’s redefinition of adjusted gross revenue (AGR) to exclude non-telecom revenues has made the restructuring less appealing.

· As the government excludes all non-telecom revenue in AGR, restructuring might not even be required.

· The new structure is likely to remove the telecom regulatory overhang on Airtel’s digital business and reduce statutory liabilities related to its mobility business, improving its operating income.

· The carrier also hoped that the move would help monetise its digital assets at a later stage.

· Non-core items currently make up around 10% of a telco’s total revenue.

· Jindal Saw is one of the seven applicants to have submitted an expression of interest under the corporate resolution process for the distressed steel company.

· An Edelweiss-managed fund to finance the acquisition of bankrupt Sathavahana Ispat.

· The company has received a Rs 266 crore repair and maintenance contract for Sathavahana Ispat recently from the resolution professional also signals this.

Amrish Baliga, MD and head of financing, Deutsche Bank India, in an interview with The Economic Times said that Demand for growth capital is back amid a strong pipeline across public and private credit.

What he says: The shakeup around Evergrande has triggered sharp volatility in debt markets, leading to some knock-on effects on broader markets and sectors as well.

· India Inc has astutely managed its capital requirements through the pandemic.

· Do expect a strong pipeline of offshore issuances portending to a strong 2022.

· For a variety of reasons, India continues to be a sweet spot for offshore investors.

RBI yet to decide on corporate ownership in banks

The RBI is unlikely to make an exception for ownership changes to privatise state-run banks, The Times of India reports.

Why it’s important: Instead, it will issue comprehensive guidelines that will also deal with corporate ownership of Indian lenders.

· The current norms do not allow corporate houses to enter the arena.

· But several large business houses such as the Birlas and the Tatas have a large financial services presence and may be interested in either acquiring a stake or setting up a bank in future.

· An internal working group set up by the RBI had submitted a new licensing policy for banks several months ago but the regulator is yet to take a call on the issue.

· The Centre and the RBI have agreed on the legislative amendments that may be required to pave the way for privatisation of banks, for which three candidates have been identified.

· First off the block is expected to be IDBI Bank, whose name has been made public, with Indian Overseas Bank and Central Bank of India the other candidates in the pipeline.

LIC valued at $ 150 billion ahead of the share sale

An actuarial valuation exercise has arrived at a $ 150 billion embedded value for Life Insurance Corp. of India, Mint reported.

Why it’s important: It is the first such valuation done by LIC, which is set to start roadshows for its initial share sale next month.

· In comparison, Reliance Industries Ltd, the country’s most valuable company, is valued at around $ 220 billion.

· LIC has initiated talks with several foreign investors, including pension funds, to join as anchor investors in its IPO.

· LIC is looking at tapping global funds with a longer investment horizon.

A large number of infrastructure companies in India are looking to raise debt in the international markets for project financing, Mint reported.

· Companies are raising money for capital expenditure and refinancing loans taken from domestic lenders and replacing them with longer tenor debt.

· IRB Infrastructure, GMR’s Hyderabad Airport and Delhi International Airport and JSW Hydro Energy are the mani companies that have tapped the global market.

Why it’s important: The consortium of state-run ONGC Videsh Ltd, Indian Oil Corp Ltd and Oil India Ltd has completed the technical evaluation of 30 out of 52 licence areas of the project.

· India is also looking to invest in Russia’s liquefied natural gas project, Arctic LNG-2, by purchasing a stake from Novatek, which owns a 60% stake in the project.

· It is an estimated reserve of about 6 billion tonnes of crude oil and expected production of 100 mt in 2030.

· Vostok is part of the multi-pronged energy partnership between India and Russia.

Top banks, stock exchanges as well as payments and settlement organisations have expressed an interest in the government’s plan to create a digital platform on an open network, Business Standard reported.

Why it’s important: This will enable a wide variety of local retailers to sell their products and services.

· National Payments Corporation of India, SBI, HDFC Bank, NSE, BSE, NSDL, and National Bank for Agriculture and Rural Development, among others, have committed to being the promoters of the private sector-led non-profit company that is expected to launch Open Network for Digital Commerce (ONDC).

· ONDC is a network based on open protocol and will allow local commerce across segments such as mobility, grocery, food order and delivery, hotel booking, and travel.

· The government thinks this will give a free and fair choice to consumers to buy products on an online platform from domestic retailers.

Increasing the price of the product is the last resort: ITC

B Sumant , executive director, ITC, in an interview with Business Standard said that ITC launched a record number of 120 products last year, largely centred around consumer requirements during the pandemic.

What he says: Many of the first-to-market products were around sanitisation, such as Savlon disinfectant sprays and convenience in ease of cooking, including a range of ITC Master Chef frozen snacks, pastes and gravies.

· Innovations are crafted based on long-term consumer trends.

· The demand for smart cooking solutions to be long-lasting and expect the health and nutrition products to gain in strength with consciousness increasing among people.

· Witnessing a dual trend in demand, at the upper end of the market, people have larger financial savings in their hands, whereas at the lower end, there is a strain on incomes.

· Input costs have gone up significantly and the overall industry has increased prices.

· Focus is on effective cost management, premiumisation, favourable business mix and evaluating all avenues to mitigate costs and enhance efficiency.

· Increasing the price of the product is the last resort.

Andy Chang, president and CEO, Cathay Site, a leading asset manager in Taiwan, in an interview with Business Standard, explains why Indian investors should consider investing in the Taiwanese market.

What he says: Due to extraordinary demand and pricing conditions, Taiwan corporate earnings look very strong and attractive.

· Due to high costs and strategic concerns, the success of the Taiwan semiconductor industry is hard to replicate.

· The geopolitical situation in Taiwan is not a new development that investors need to be particularly concerned about.

· By investing in Taiwan, investors get to participate in profit pools not available in India.

· Along with optimistic economic prospects and policy support, Taiwanese investors have been increasing their interest in India.

· For Taiwanese investors, the best way to invest in India is through mutual funds and the investment amount is around $ 1.2 billion. 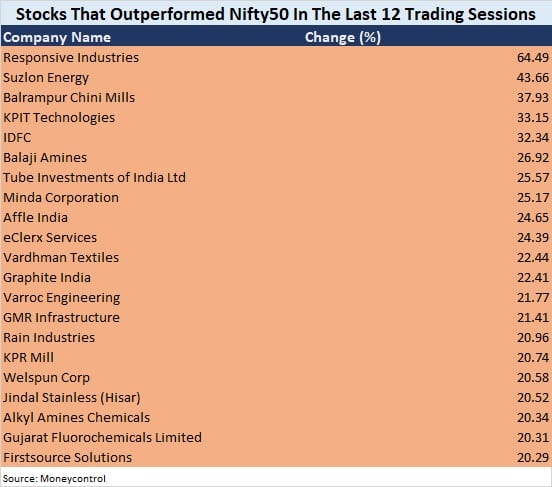