Bitcoin and Ether were tapping levels not seen in more than a week on Tuesday, with some pointing to comments from a Twitter executive who ruled out cryptocurrency investments, as one analyst questioned whether the bull market was set for a pause.

“We [would] have to change our investment policy and choose to own assets that are more volatile,” Segal said in a Monday interview with The Wall Street Journal. He said the company prefers securities, which are less volatile.

That’s as one analyst said a big technical level was currently in play for the assets.

Naeem Aslam, chief market analyst at AvaTrade, said price slippage could be a hint that bulls are losing power. He said investors should watch for whether bitcoin breaks below its 50-day simple moving average (SMA) of $ 58,000, a potential support for prices. Should prices stay above that level, it could see a substantial rally, he said. 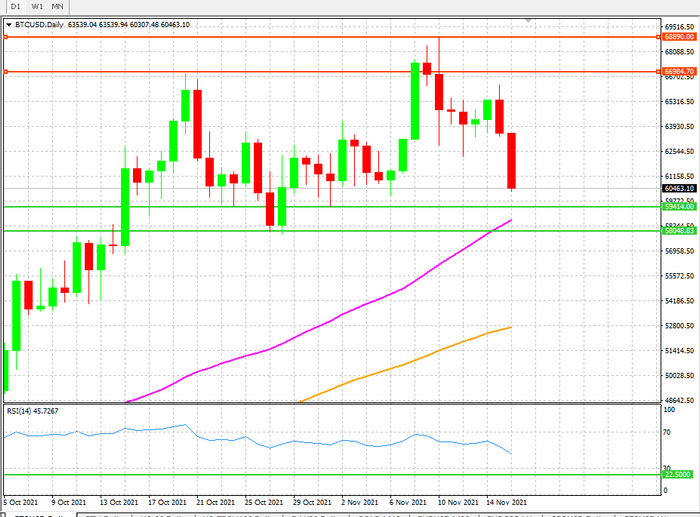 The “biggest fear among crypto traders is whether the crypto winter is here,” said Aslam, referring to a long period of weakness for cryptocurrencies that occurred after highs reached in 2017.

“No one wants to see another crypto winter as it is difficult to forget the dire consequences of the previous one. Moreover, what traders have been hoping for is a strong rally especially given the fact that during this time of the year, we usually see a strong rally for cryptos — of course, with the exception of the crypto winter,” he said in a note to clients.

Aslam added that cryptos tend to rally more than 80% during this time of year, offering up this monthly chart: 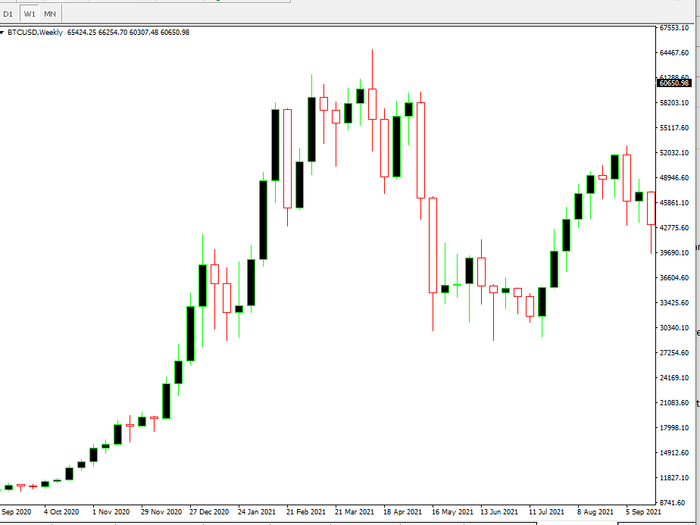 Washington Watch: Debt-ceiling fights, a tax-cut push and rising impeachment threats: What to expect from a Republican House

Next Avenue: Live positive, age positive: The secret to wealth and health as you grow older