To sump up the week gone by, there were two consecutive expiries of consolidation where Nifty traded in broader range of 18,200-17,650. Another struggle for Nifty to surpass 18,200-mark with a strong push on Friday.

India VIX, fear gauge, decreased marginally by 3.60 percent from 15.75 to 15.18 over the week. India VIX is trading near the lowest level of pre-covid crash.

Cool-off in the IV has given relaxation to market. Further, any downtick in India VIX can push the momentum upwards in Nifty.

Looking at the sentimental indicator, Nifty OI PCR for the week has increased from 1.076 to 1.158. Bank Nifty OIPCR over the week decreased from 0.737 to 0.701 compared to last Friday. Overall data indicates more of put writers over put writers in Nifty.

Considering the bullish momentum, the upcoming week can be approached with a low-risk strategy like modified call butterfly in Nifty. 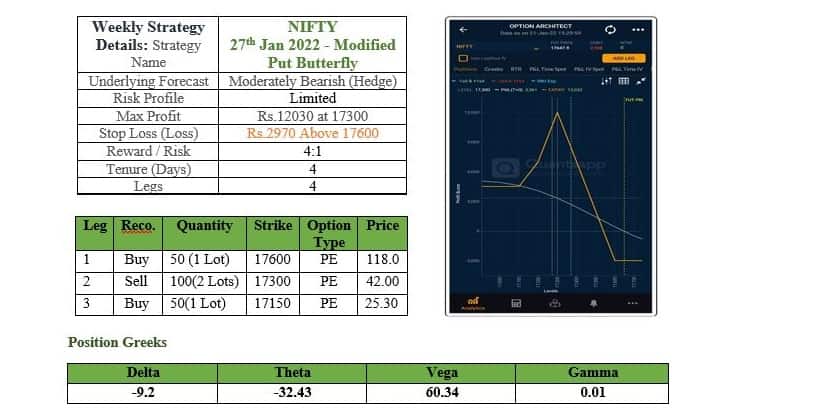