Ministry of Power has affirmed that insolvency proceedings can be initiated against state-owned electricity distribution as well as generation firms in case of default of payment by the creditors.

The ministry clarified its stand in a letter written to Secretary, Department of Legal Affairs, earlier this month.

“As far as state-owned (power) distribution and generation company like TANGEDCO is concerned, it is clear that it a government company as defined under section 2 (45) of the Companies Act and would fall under Insolvency Code (IBC),” the ministry said in the letter.

The ministry also stated that TANGEDCO cannot be categorised as a government body formed by way of a statute for performing sovereign government function.

In fact, it is a government company formed under Companies Act 2013 and very much under the ambit of IBC as per Section 3(7) of the the Insolvency Code, it stated.

Therefore, a state-owned power distribution company can be taken to the National Company Law Tribunal (NCLT) under the IBC for default in payment.

A power sector expert said CIRP can be initiated against any state-owned discom but they generally make payment of the default amount before admission of the case in NCLT.

The outstanding dues of discoms have been a perennial issue plaguing the power sector for decades.

According to the PRAAPTI portal, the outstanding dues of power distribution firms are to the tune of Rs 1,21,830 lakh crore in November 2021 which includes overdues of Rs 99,385 crore.

The dues become overdue after non-payment for 45 days or more. Generally power gencos charge penal rate of interest on overdues from discoms.

Planning to retire? Here are 5 pension schemes you should check out for retirement planning 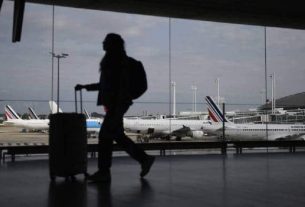 More gain in store for the RateGain stock?